NEWTON ABBOT races was hit by chaos minutes before the first race due to a 'police incident'.

Police shut the A380 near the Devon course, leaving jockeys and commentator Richard Hoiles stuck in traffic. 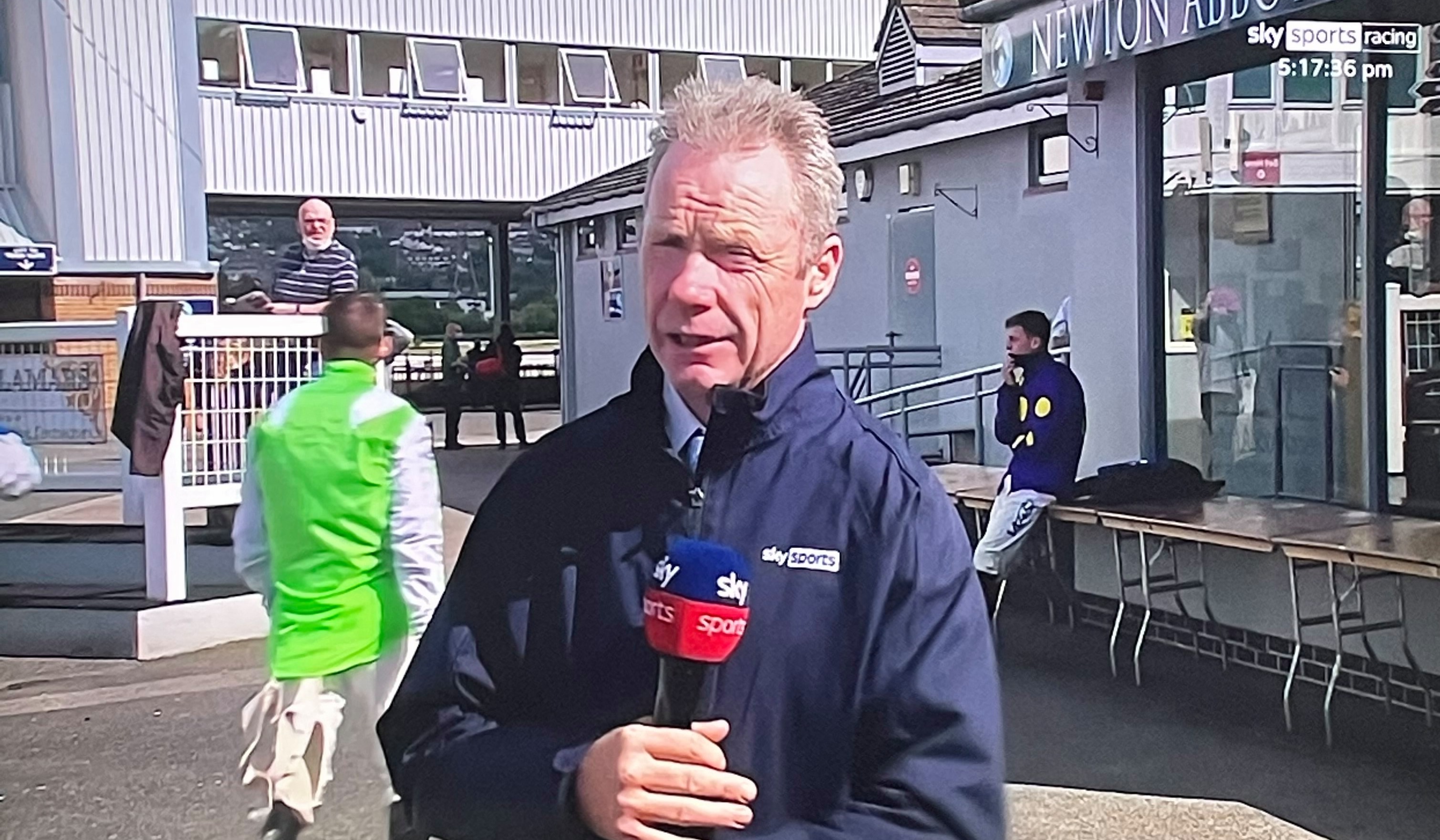 Sky Sports Racing presenter Mick Fitzgerald said: "Quite a lot of the participants are stuck in the jam.

"I think it's a road traffic accident.

"At the moment it means we have no commentator with Richard Hoiles stuck.

"Behind me, jockey Bryan Carver has replaced Theo Gillard on Vanderbilt.

"At the moment we should be fine to get going at advertised time of 5.45pm but that is ongoing."

Hoiles tweeted: "A380 southbound just North of @NewtonAbbotRace traffic not budged an inch for nearly an hour now.

"Road closed lots of emergency vehicles. If you can find an alternative route then do."

Newton Abbot racecourse is in Devon and it was later confirmed the road was shut due to a 'police incident'.

Racing did start on schedule at 5.45pm but with several jockeys and Hoiles missing.

Fitzgerald later described the traffic as 'hell' – with traffic shut in both directions.

As it turned out, Sheehan landed a winner in the first with 7-2 joint-favourite Alramz.

But the decision on who got the minor honours was delayed because the judge – who decides such calls – had to do the commentating!