IBRAHIM SANGARE has a release clause of around £34million with Newcastle and Leicester "very interested" in the PSV star, say reports.

Sangare, 24, has impressed in the Eredivisie and Europa Conference League this season. 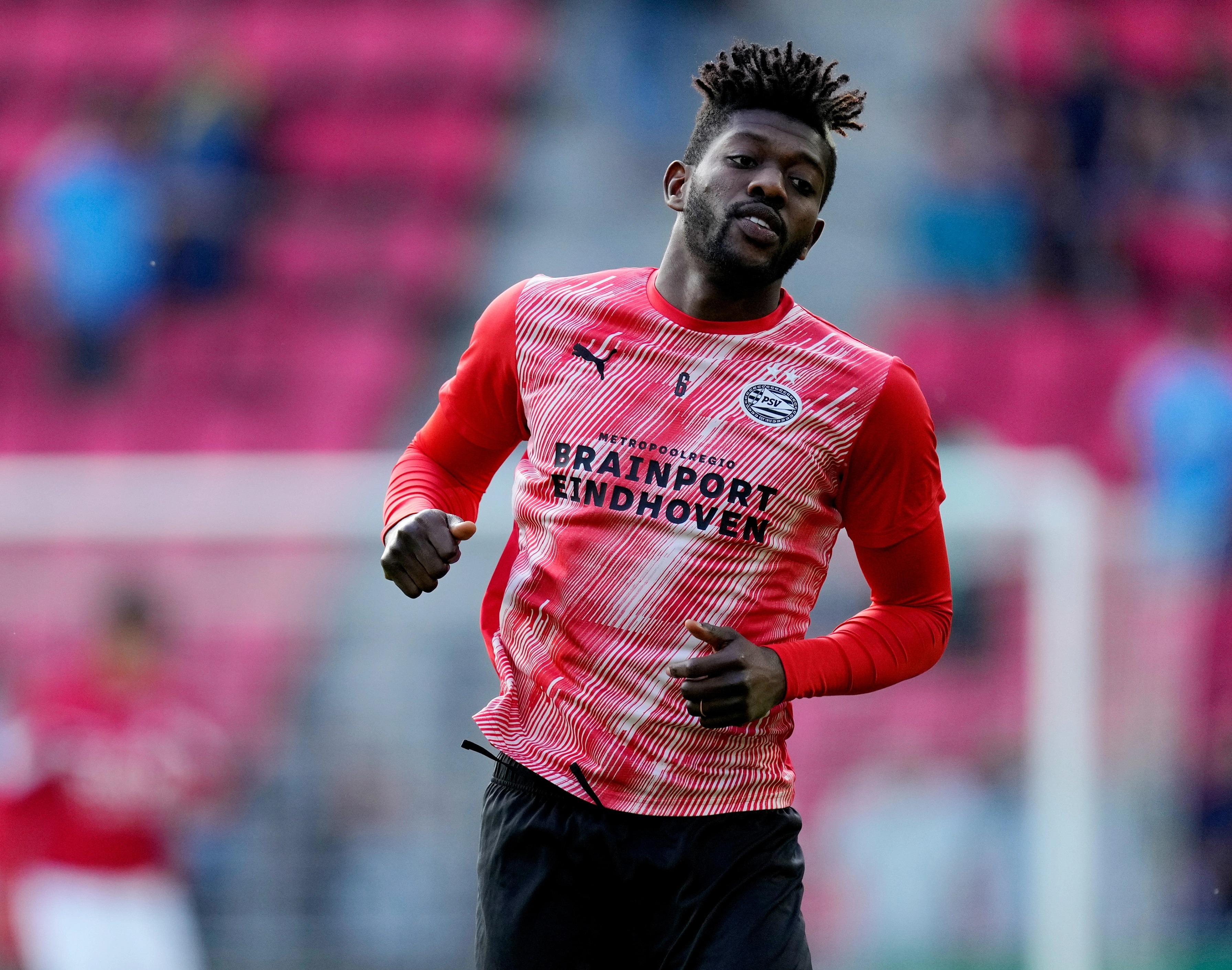 Reports in Holland from Voetbal Primeur suggest that the transfer fee will push over £30m, due to a clause in Sangare's contract.

The release fee – around £34m – means that Eindhoven have a "excellent negotiating position" if the player wishes to leave.

With both Newcastle and Leicester keen, any bids around £20m would have "no chance".

PSV have "not yet" offered Sangare an improved contract with both parties unsure of the future.

Frankfurt v Rangers: Get Frankfurt at 30/1 or Gers at 40/1 to win Europa League

Newcastle have finished the season with a flourish and are hoping to push for a top six spot next season.

After a £300m Saudi takeover in October, money will be available to spend on Sangare this summer.

Already a defensive menace, Sangare has added attacking quality to his game, scoring five goals and creating six in his 88 Eindhoven appearances.

But Newcastle face competition in Leicester, who want to land the midfield powerhouse after knocking his PSV team out of Europe.

Sangare dazzled against Brendan Rodgers’ side in the Europa Conference League quarter-final.

Discussions have taken place to register interest in the ex-Toulouse player, who has also alerted top clubs in Europe.

The Foxes are especially keen, as Youri Tielemans is likely to leave this summer and Boubakary Soumare is yet to deliver.

The Ivory Coast international has previously confirmed that it would be a "dream" to move to the Premier League.

Sangare recently told De Telegraaf: "I am a PSV player, and I am concentrating on the games we have left this season. I don't have my head in other things.

"After that, I'll go on holiday, and I'll have time to talk about possible next projects. But until then I don't want to worry about that.

"Playing in the Premier League is not only a dream of mine but a dream of every footballer. That is the biggest and most important league in the world."