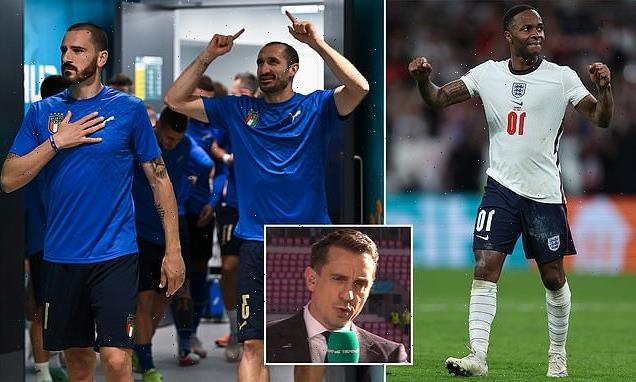 Raheem Sterling’s battle with Italy stalwarts Giorgio Chiellini and Leonardo Bonucci will be ‘absolutely KEY’ to England’s hopes of winning Euro 2020, as Gary Neville insists he has been Three Lions’ best player after ‘tearing Denmark to shreds’

After Gareth Southgate’s England squad made history by booking their place in Sunday’s Euro 2020 final, Gary Neville has already divulged how the Three Lions can get the better of Italy at Wembley.

The Three Lions sealed their spot in Sunday’s showpiece final, their first at a major tournament since winning the 1966 World Cup, after overcoming Denmark 2-1 following extra-time, thanks to Harry Kane’s close-range finish after seeing his penalty saved by Kasper Schmeichel.

Raheem Sterling won the spot-kick that led to Kane’s historic winner while he also played a key role in the opener as he caused Denmark’s defence all sorts of problems throughout. 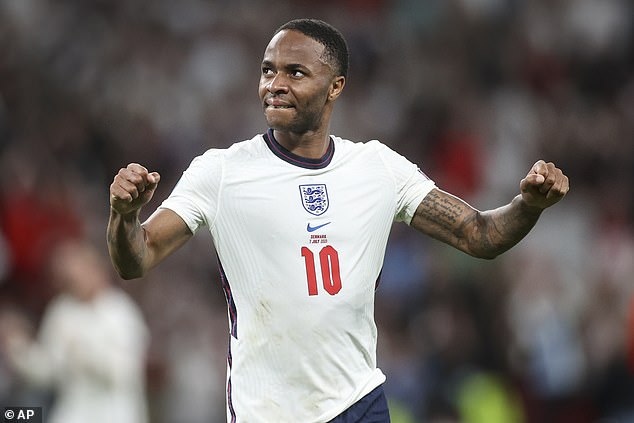 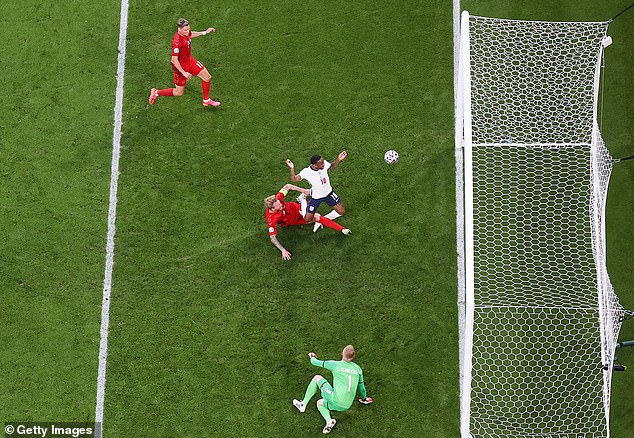 And Neville, who admitted Sterling has been England’s stand-out player of their remarkable Euro 2020 campaign, has argued that his battle with Italy stalwarts Giorgio Chiellini and Leonardo Bonucci will be ‘absolutely key’ on Sunday.

‘Probably about 4 or 5 days ago, I just thought Jordan Pickford,’ Neville said when discussing England’s best player at the Euros so far on Sky Sports. ‘I just thought he has been exceptional in terms of the clean sheets we have kept. Luke Shaw has been outstanding and Kyle Walker has been absolutely brilliant. Kalvin Phillips amazing in central midfield.

‘But you’d have to say now with what Raheem Sterling did last night, he definitely jumps in front of those if he wasn’t there before. He was too good for them (Denmark).

‘And somehow on Sunday, we have got to find a way to draw Chiellini and Bonucci out so that we can get Sterling in that space in and around them. He has got to be the key, because those two Italian defenders are absolutely brilliant. 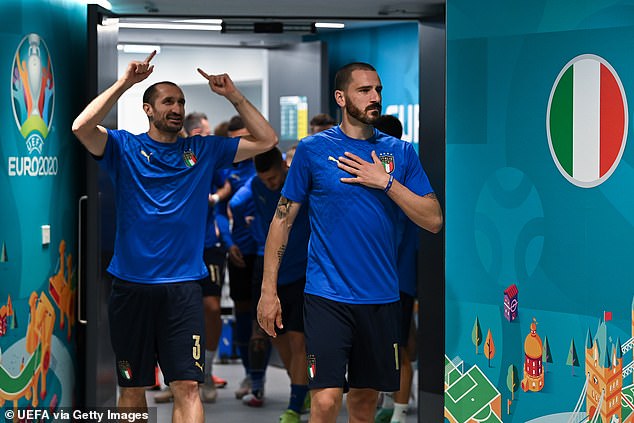 ‘They will half fancy Kane in terms of the physicality element of it and Harry isn’t the quickest. So Harry will have to be clever on Sunday. Sterling I’m sure, if he can just draw one or two of those defenders out, and get them out of their position by four or five yards… we saw the goal that Spain scored where Chiellini was drawn out by a one-two. I think Sterling will be absolutely key on Sunday.’

After Denmark took the lead through a fantastic Mikkel Damsgaard free-kick, Sterling stood up for England and played an influential role in the opener. 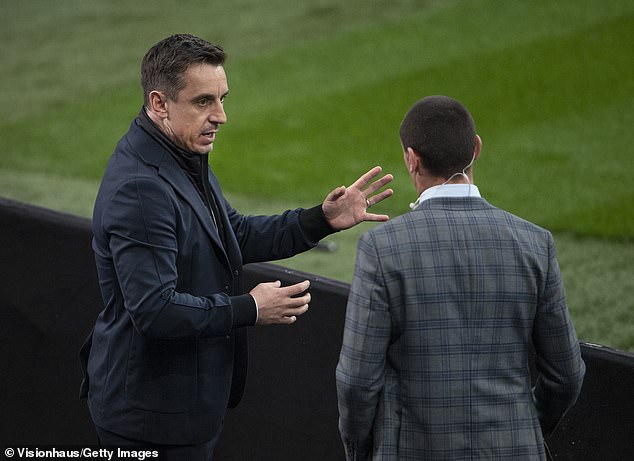 After Bukayo Saka’s intelligent run put him in behind the Denmark defence, the Arsenal starlet crossed it into the path of the on-rushing Sterling who forced Simon Kjaer to try and clear the danger – only for him to put into his own net.

Sterling’s mazy run then led to England’s all-important penalty, and reacting to the result, Neville insisted that the Manchester City winger ‘tore Denmark to shreds’.

Neville added: ‘He is the only one that I feel like has not been rested, it feels like he has played every single minute. I know he has come off in a game.

‘But it will be interesting on Sunday. Raheem Sterling has been outstanding. Last night, he was brilliant and like I say he just tore them to shreds.’