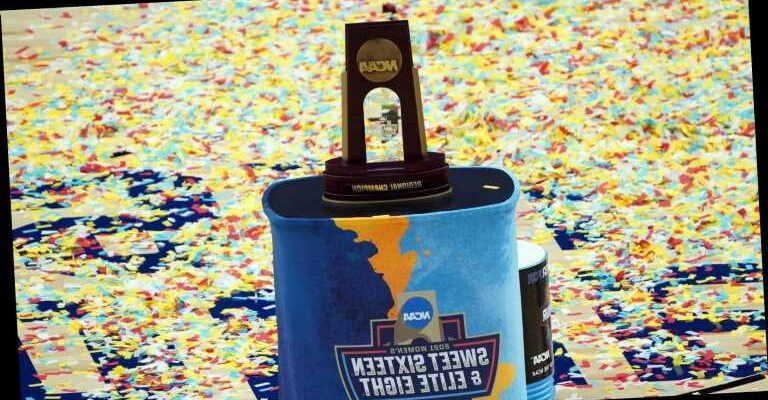 Ratings declined across most of the television industry over the past year because of the COVID-19 pandemic, and sports viewership was no exception for the most part.

The women's Sweet 16, led by a strong matchup between No. 1 seed Connecticut and No. 4 seed Iowa, averaged 915,000 viewers across the eight games, saw an increase of 66% compared with 2019, according to ESPN. The Iowa-UConn game drew 1.6 million viewers, the second-most-viewed Sweet 16 game on record.

The ratings for the game between Connecticut and Iowa were the second best in women's basketball Sweet 16 history. (Photo: Kirby Lee, USA TODAY Sports)

The Elite Eight, with two games each on Monday and Tuesday — going up against the men's Elite Eight on CBS/Turner — averaged 1,186,000 viewers (up 6% from 2019). The Huskies' matchup against the No. 2 seed Baylor Bears drew 1.7 million average viewers.

The women's tournament typically starts a day behind the men's tournament, although their Final Four-championship game has been played Friday and Sunday, whereas the men play those contests Saturday and Monday.

This year's Final Four games (Friday) and championship game (Sunday) will also be shown on ESPN.

A potential reason is that the round, usually played on Thursday and Friday, instead took place Saturday and Sunday.

That could have played a role in a decline for the men's Elite Eight, which saw half of viewers returning for the next round. According to Sportico, Monday night's Elite Eight doubleheader — Houston against Oregon State in the early window and Baylor-Arkansas late — averaged 5.92 million and 6.45 million viewers per game, respectively.

The 6.19 million average was down 32% from 2019, per Sportico, although those games were played on a Saturday. The average viewership Tuesday between the two final Elite Eight contests, normally slotted for Sundays, averaged 6.14 million viewers, which is a 54% decrease from the 2019 games.