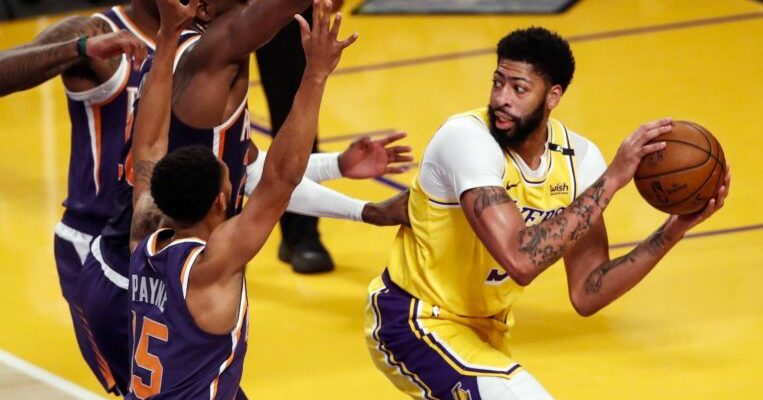 LOS ANGELES (REUTERS) – Behind another strong defensive performance, the Los Angeles Lakers smothered the Phoenix Suns for a 109-95 victory on Thursday (May 27) and a 2-1 series lead in the opening round of the National Basketball Association playoffs.

Los Angeles had about 7,500 fans in attendance as Staples Centre hosted a Lakers playoff game for the first time since 2013.

Anthony Davis led the way for the Lakers with 34 points and 11 rebounds.

The Lakers’ Kentavious Caldwell-Pope suffered a left leg injury in the third quarter and had to go to the locker room for further evaluation. The team announced that he suffered a left quad contusion. He did not return. According to ESPN, he will undergo an MRI on Friday.

In Miami, Khris Middleton recorded 22 points, eight rebounds and five assists, leading the surging Milwaukee Bucks to a 113-84 win over the Heat.

The Bucks lead the series 3-0 and will try for a sweep on Saturday in Miami.

Giannis Antetokounmpo tallied 17 points and 17 rebounds for the Bucks, and Jrue Holiday added 19 points and 12 assists.

The Bucks, the top offensive team in the NBA, have outscored Miami by 63 points in the past two games.