Australian basketball history will be made when Ben Simmons and Kyrie Irving suit up alongside each other for the NBA's All-Star game.

It will be a dream come true for 22-year-old Simmons when he makes his All-Star debut in Charlotte, North Carolina, on Sunday (midday Monday AEDT) and it will be the sixth time Irving will feature in the annual showcase of the NBA's best players. 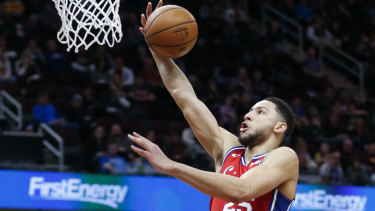 Simmons and Irving, both born in Melbourne and the sons of US basketball imports, will form a potent backcourt on a team led by LeBron James and featuring Kevin Durant, James Harden, Kawhi Leonard, Klay Thompson and Anthony Davis.

"I'm looking forward to the first experience of being an All-Star," Philadelphia 76ers' point-forward Simmons told reporters on Saturday.

"I think it's going to be a great opportunity competing against the best guys in the world."

Irving, a dual Australian-US citizen, has told the NBA he wants to be classified as Australian despite electing to play for Team USA at the Olympics and World Cup.

On Friday the Boston Celtics point guard coached the US team against Simmons' international squad in the Rising Stars game. 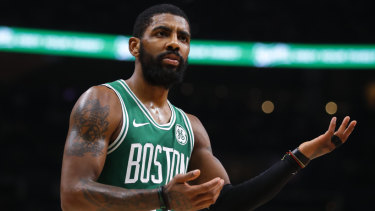 Irving has plenty of praise for the basketball acumen of Simmons and ability to make an All-Star team in just his second year in the league.

He said most young players, including himself, entered the NBA without the knowledge required to play "real high-level basketball".

"He has a great mentor in LeBron.

James, upset Antetokounmpo picked Simmons early in the draft picks for the reserves, was so keen to get his protege on his side he traded eight-time All-Star and former NBA MVP Russell Westbrook for the Australian.

Dunks and little defence are expected to dominate the game.

"I think I'm going to put the defensive hat somewhere in the locker room and leave it there," Team Giannis and Milwaukee Bucks coach Mike Budenholzer said.

"I should just bring some glasses to watch a lot of offence."

Team LeBron and Denver Nuggets coach Michael Malone fears what the high-flying Antetokounmpo will do in the free-flowing game.

"I don't know if there's any way to stop Giannis Antetokounmpo," Malone said.

"They call him 'The Freak' for a reason, but hopefully the five guys on the floor can make sure he doesn't get to the basket and dunk on us all day."