Auburn saw another No. 2 seed, Kentucky, get taken down. It resolved not to have the same first-round fate.

Send any friend a story

As a subscriber, you have 10 gift articles to give each month. Anyone can read what you share. 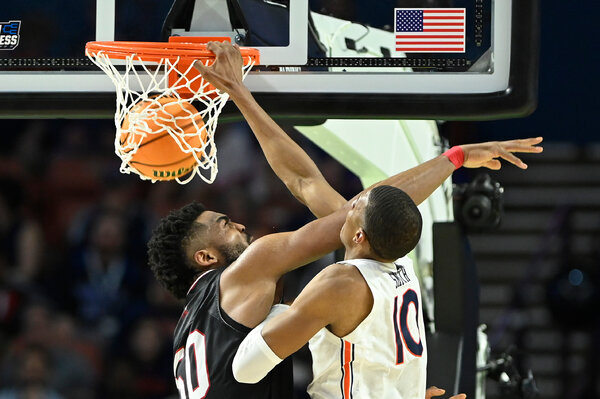 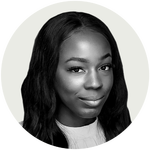 By Alanis Thames and Alan Blinder

GREENVILLE, S.C. — After 15th-seeded St. Peter’s stunned No. 2 Kentucky in Thursday’s slate of games, it briefly looked as if the run of March upsets might extend into a Friday afternoon matchup between No. 2-seeded Auburn and No. 15-seeded Jacksonville State.

But the Tigers held off the Gamecocks, 80-61, in the first round to advance to face the winner of a game between Southern California and Miami.

The Gamecocks earned a trip to the N.C.A.A. tournament despite losing to Bellarmine in the Atlantic Sun tournament, because Bellarmine is not eligible for the national tournament as its athletic program transitions to Division I.

Jacksonville State took an early lead with stellar 3-point shooting and 15 early points from guard Jalen Gibbs, who finished with 20 points. But the underdogs’ control of the game was short-lived, and by the second half, Jacksonville State’s lead was a distant memory.

Auburn went on an 11-0 run in the final three minutes of the first half to take a 39-27 lead to the break. The Tigers did it by tightening up their defense, anchored by the 7-foot-1 forward/center Walker Kessler, a finalist for the Naismith Men’s Defensive Player of the Year award. The tough shots that Jacksonville State knocked down early in the game no longer fell.

Auburn’s run ballooned to 18-0 early in the second half. Jabari Smith, a potential lottery pick in the N.B.A. draft, knocked down a 3-pointer in transition, and the double-digit hole was too deep for the Gamecocks to climb out of. Smith threw down a thunderous dunk over a Jacksonville State defender in the final minutes of the game, after which he could be seen nodding his head and mouthing the words, “I got up.” The play wowed the crowd in Greenville, S.C., and his teammates celebrated with glee. He finished with 20 points and 14 rebounds.

“He never did that in practice,” guard K.D. Johnson said. “That was the first time he showed me he can get that high, so that was crazy.”

Auburn looked like the best team in the nation during a 19-game winning streak that lasted from November through February. Smith, a highly touted 6-foot-10 freshman, led the way, averaging 17.1 points and influencing games with both offense and defense. He was named the Southeastern Conference freshman of the year.

Despite struggles down the stretch, particularly in guard play, which led to losses to Florida and Tennessee late in the regular season and a loss to Texas A&M in the SEC tournament quarterfinals, the Tigers earned a No. 2 seed in the tournament. Many still believe that this team has the size and shooting that could carry it to the Final Four, and potentially, its first national championship win under its eight-year coach, Bruce Pearl.

“If people hadn’t seen Auburn much this year and they saw us play today, they would think we’re pretty good,” Pearl said. “But it’s one game. See if we can build on it.”