N.B.A. free agents used to spend days, even weeks, weighing where to sign deals after the new league year began in July. There were half-secret meetings and street sightings. One year, fans waited a week just to sit through a free agent’s special TV announcement. It was a big decision.

This year has been something else entirely. Kevin Durant kicked things off with an Instagram announcement minutes into free agency on Sunday, and Kawhi Leonard reportedly sent word that he was taking the day off from decision-making. The night only got weirder from there. And the chaos is far from over.

Here is a broad look at many of the pending deals that have been reported by The New York Times, the players and a range of news media, including ESPN, The Athletic and Yahoo Sports on the first two days of N.B.A. free agency. As of 6 p.m. Eastern time on Sunday, free agents and teams were allowed to negotiate and announce their intentions, but no deals can become official until a moratorium period ends on Saturday.

Durant announced plans to sign a maximum contract with the Nets.

Kyrie Irving intends to sign with the Nets, too. So does DeAndre Jordan.

Kemba Walker will leave the Charlotte Hornets for the Boston Celtics.

The Knicks are sorry to disappoint fans; they plan to sign Julius Randle and Taj Gibson. 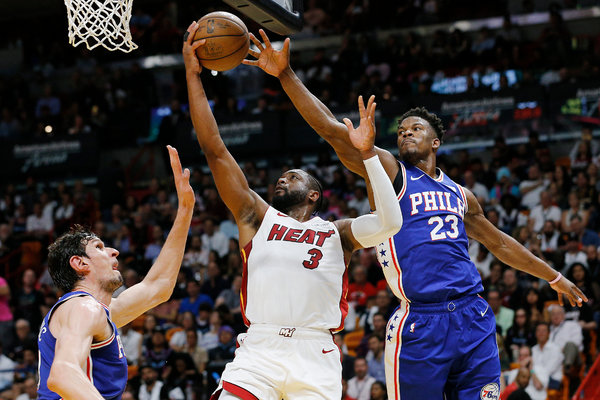 As part of a sign-and-trade that will send Josh Richardson to Philadelphia, Butler will end up under Pat Riley’s auspices with the Heat. It’s not immediately clear what the final terms of the trade are, but Butler will most likely join the core of players like Bam Adebayo and Justise Winslow to make a run at the playoffs, which Miami missed last year. This will be Butler’s third team in two years, after he forced his way out of Minnesota to land in Philadelphia last season. He is a four-time All-Star and a top defender, and he has made two All-N.B.A. third teams.

Horford’s mystery team was finally revealed. He’s leaving the Celtics for their division rival, the Sixers, according to ESPN. The move constitutes another blow to Boston, which was reportedly trying to rework its cap situation to keep Horford. It wasn’t enough. Instead, Horford will take his veteran leadership and inside presence and join Joel Embiid, Ben Simmons and Tobias Harris as the Sixers reload to try to make the finals.

Rubio is bound for Phoenix, according to The Athletic. His presence should help remove some of the point guard pressures from Devin Booker and allow Booker to play more away from the ball. Rubio, 28, is a pass-first guard who spent the last two seasons with the Utah Jazz. But after the Jazz acquired Mike Conley from the Memphis Grizzlies, Rubio was left to pursue another team in free agency. The Suns need all the help (and veteran leadership) they can get after finishing with the worst record in the Western Conference.

After spending the first three seasons of his career with the Milwaukee Bucks, Brogdon agreed to terms with the Indiana Pacers through a sign-and-trade, according to The Athletic. The Pacers were in need of point guard depth after Darren Collison made the surprise announcement that he was retiring, and Brogdon has all the tools to be a solid player — if he can stay healthy. He missed the first half of the Bucks’ postseason run with a plantar fascia tear in his right foot. He averaged 15.6 points, 4.5 rebounds and 3.2 assists a game last season.

Redick, 35, who is one of the league’s best shooters, is leaving the 76ers after two years for the Pelicans, according to ESPN. He will head to New Orleans, where he’ll provide veteran leadership to a team in the middle of a radical remake with the pending trade of Anthony Davis to the Los Angeles Lakers. And Redick will be the beneficiary of passes from one of the most hyped players in recent history: Zion Williamson.

Rose, a former Most Valuable Player Award winner, committed to a two-year deal. His career has been marred by injuries, but he experienced a sort of renaissance last season with the Timberwolves, including a memorable 50-point game against the Jazz. He’ll be joining a Pistons team fronted by Blake Griffin, Andre Drummond and Reggie Jackson.

Thompson is nearing completion on a five-year deal to remain with Golden State, according to three people familiar with the negotiations. The Warriors were eager to re-sign Thompson, even though he tore the anterior cruciate ligament in his left knee during the N.B.A. finals and could miss all of the 2019-20 season. Losing Kevin Durant to the Nets may have made striking a deal with Thompson more of an imperative, but the Warriors were going to offer him a max deal regardless of Durant’s decision. Thompson, one of the very best shooters in league history, has been a core member of the Warriors throughout their five-year run, helping them win three championships. Last season, he was named to his first all-defensive team in addition to averaging 21.5 points while shooting 46.7 percent from the field and 40.2 percent from 3-point range.

Middleton, a sharpshooting swingman who made his first All-Star game last season, will be returning to Milwaukee, citing what he called “unfinished business” in a first-person article written for ESPN. Middleton, 27, has come a long way since he was drafted in the second round in 2012 by the Detroit Pistons. He has become a core part of the Bucks as they have risen to prominence on the shoulders of Giannis Antetokounmpo.

Porzingis, who was once thought to be the future of the Knicks, received a maximum contract extension from Dallas in the early hours of free agency. He has been recovering from a knee injury that he sustained in 2018, meaning the deal comes with risks for Dallas. But if he can stay healthy, Porzingis, at his dynamic best, will be a formidable force next to Luka Doncic. .

Harris, a versatile swingman, is returning to Philadelphia. After acquiring Harris from the Los Angeles Clippers in a midseason deal, the 76ers loved his production. In 27 regular-season games with Philadelphia, Harris averaged 18.2 points and 7.9 rebounds. Harris, who will turn 27 in July, explained his decision in a first-person essay on ESPN, saying he had unfinished business with the 76ers. “I’m ready to commit to a long-term vision of bringing a title to Philadelphia,” he wrote.

Valanciunas is coming back to Memphis. The big man, who was traded to the Grizzlies by Toronto as part of the Marc Gasol deal, agreed to a three-year deal, according to ESPN. Valanciunas turned down his player option for next year, which would have netted him $17.6 million, and instead negotiated a new, longer-term deal. The Grizzlies are about to commence a rebuilding process, after trading away Mike Conley, a longtime franchise cornerstone. Valanciunas, along with Jaren Jackson and the newly drafted Ja Morant will, for now, be the future.

After the best season of his career, Vucevic agreed to re-sign with the Magic. Vucevic, a 28-year-old center, averaged career-highs in points (20.8) and rebounds (12) in leading the Magic to the playoffs for the first time since 2012. He has spent the past seven seasons in Orlando, and has developed a reliable perimeter game to go along with his bruising abilities in the paint. Last season, he shot 36.4 percent from 3-point range, making him a multidimensional threat.

The Bucks are bringing back Lopez (four years, $52 million) and Hill (three years, $29 million) to keep a big part of their core intact after finishing with the N.B.A.’s best record. Lopez, who was a back-to-the-basket center in a former life, emerged as an invaluable floor space in Milwaukee, where more than half of his field-goal attempts came from 3-point range. And the Bucks needed to re-sign Hill as a low-cost alternative at point guard after Malcolm Brogdon left for Indiana. 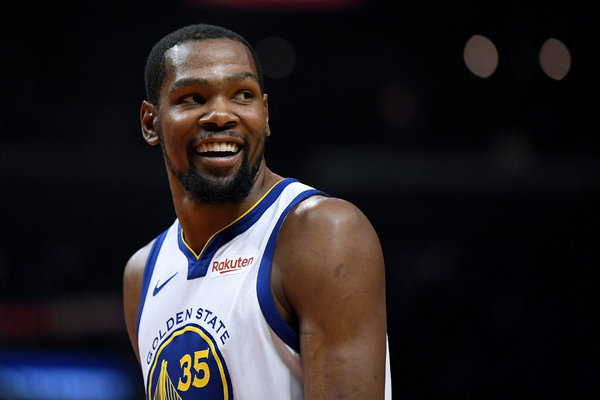 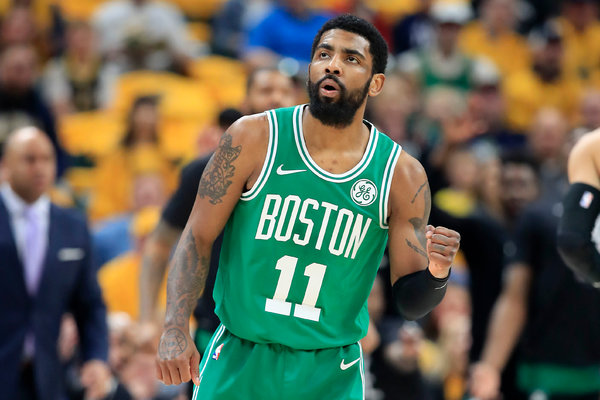 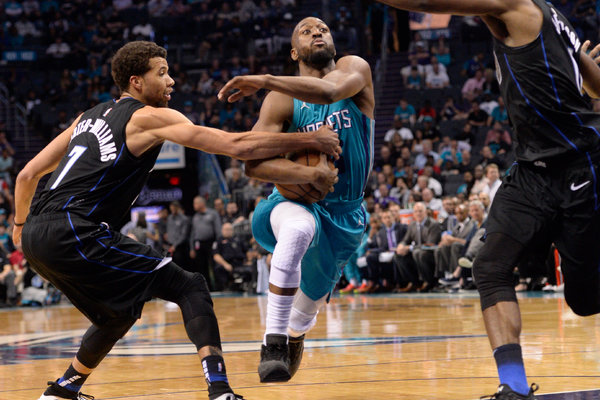 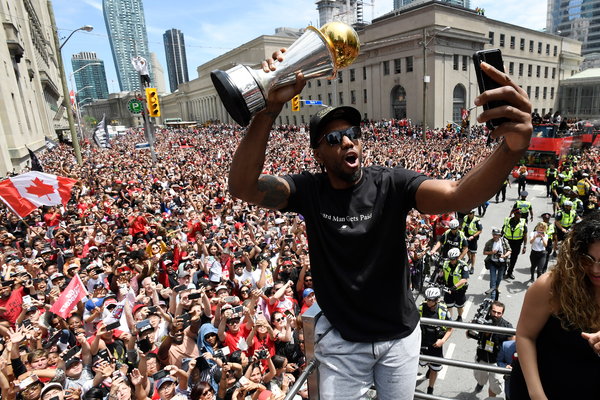 Sopan Deb is a culture reporter, writing about the intersection of politics and culture, among other topics. He covered Donald J. Trump’s presidential campaign for CBS News, and his work has appeared on NBC, Al Jazeera America and elsewhere. @sopandeb

Marc Stein is a sports reporter specializing in N.B.A. coverage, with occasional forays into soccer and tennis. He spent nearly 15 years at ESPN before coming to The Times. @TheSteinLine • Facebook