SHKODRAN MUSTAFI labelled Arsenal team-mate Mesut Ozil the 'most unselfish player on and off the pitch' ahead of his move to Fenerbahce.

Mustafi took a thinly veiled swipe at the club by suggesting Gunners players had let pal Ozil down 'when he needed us most'. 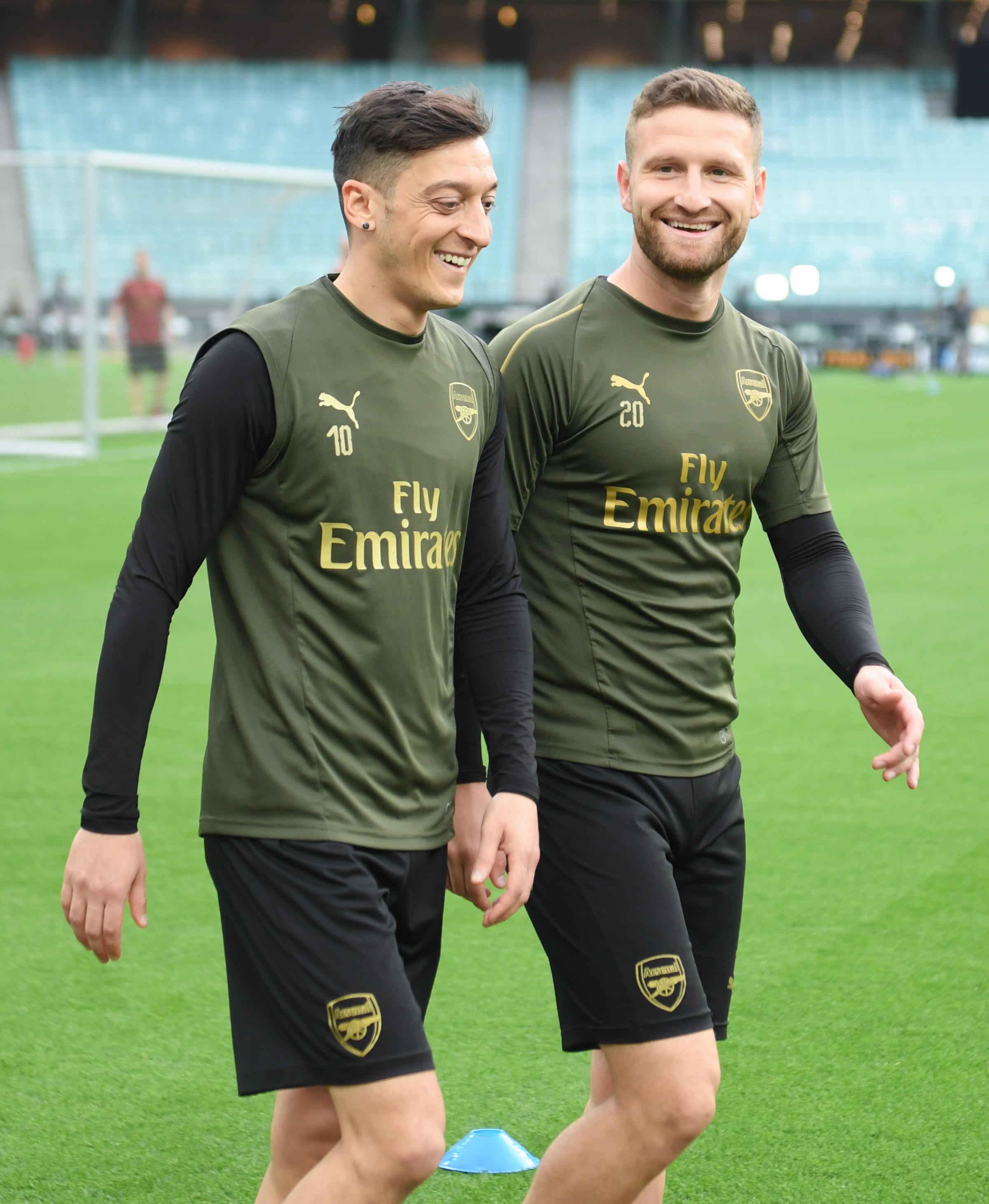 Ozil's German compatriot, 28, who is also staring at the Emirates exit door, shared a farewell message on Twitter, alongside an image of the pair.

The centre-back wrote: "Bro, you have been the most unselfish player on and off the pitch, I have ever shared the dressing room with.

"You will be always remembered as the #AssistKing.

"Unfortunately we as a team haven’t been able to assist you when you needed us the most. All the best."

Ozil arrived in Turkey on Sunday to finalise his transfer to Fenerbahce after he negotiated a deal with the Gunners to terminate his contract six months early and become a free agent.

SunSport revealed the midfielder brokered an exit after agreeing to waive a chunk of the £7million of wages remaining on his contract that was due to expire in the summer.

The World Cup winner has pledged to do his best in his boyhood club's jersey and hinted he will don the No67 in Istanbul.

Ozil is expected to wear the shirt until the end of the season, when he will switch to his favoured No10 jersey.

The No10 shirt at Fenerbahce is currently worn by on-loan Aston Villa striker Mbwana Samatta.

"You could have been a club legend, Mesut – but you just couldn’t be bothered. Bye."

He was axed by boss Mikel Arteta from both the 25-man Premier and Europa League squads this season.

The two played together at Arsenal and both started the 2014 FA Cup final win over Hull City – with Ozil the last of that victorious squad to leave the North Londoners.