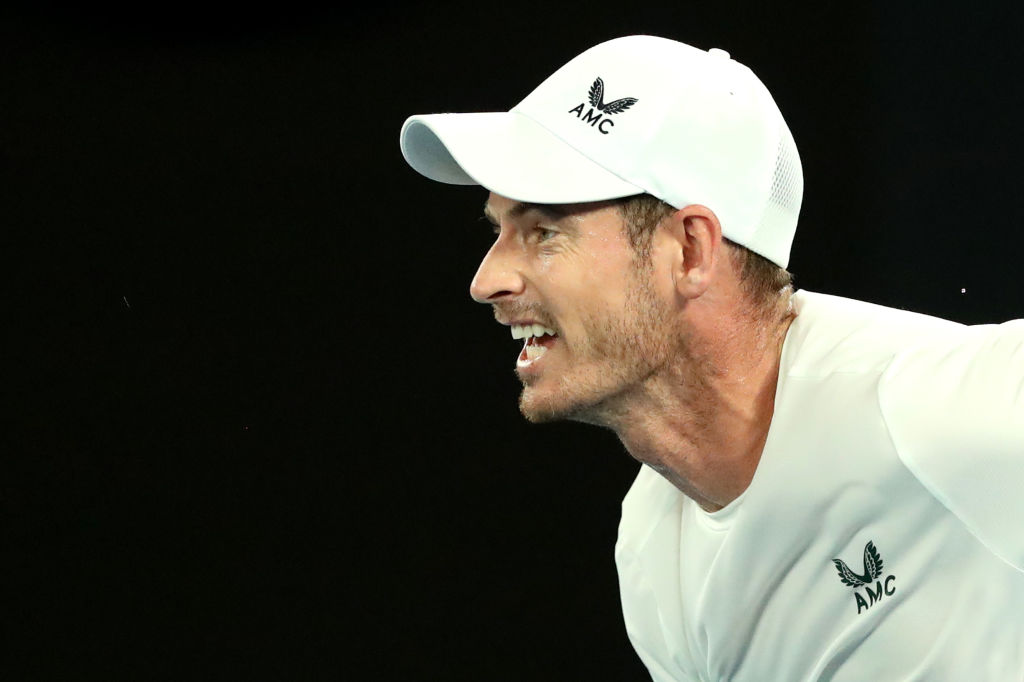 Great British tennis legend Murray produced a remarkable five-set victory over Berrettini to book his spot in the second round at Melbourne Park and he will next face the winner of Thanasi Kokkinakis’ opening match against Fabio Fognini.

The three-time Grand Slam champion won the first two sets convincingly but his formidable Italian opponent – 52 places above Murray in the ATP rankings and seeded 13th – battled back to 2-2 to take the match to a deciding set.

Berrettini, though, blew the chance to win in the 10th game of the fifth set by dumping a simple backhand into the net on match point when the court was wide open, which allowed Murray to force a tie-break in which he came out on top.

Murray, 35, who plays with a metal hip, spoke to Eurosport pundits Tim Henman and Mats Wilander after his victory and cracked them up when the world No.66 labelled Berrettini’s match-point opportunity as a ‘bad shot’.

‘I took the initiative when I could,’ Murray said. ‘I think I served quite smart throughout the match.

‘At the end… I mean, he hit a pretty bad shot on the match point! I was lucky there for sure.

“All the work I put in these past few months paid off!” ðª

‘Thankfully it was enough. It was unbelievably close.’

Murray was also quizzed about his decision to hit a diving volley and if it was wise to dive on a hard court while playing with a metal hip.

‘I’ll probably find out tonight or tomorrow!’ he added. ‘Whether or not that was the right move… I was so close to the finishing line.

‘I probably should have made the volley. It feels alright just now. But let’s see in a few hours.’