Rosanna Pownall, 27, and son Adam, two, were engulfed in the 50-strong melee at Haydock Park. 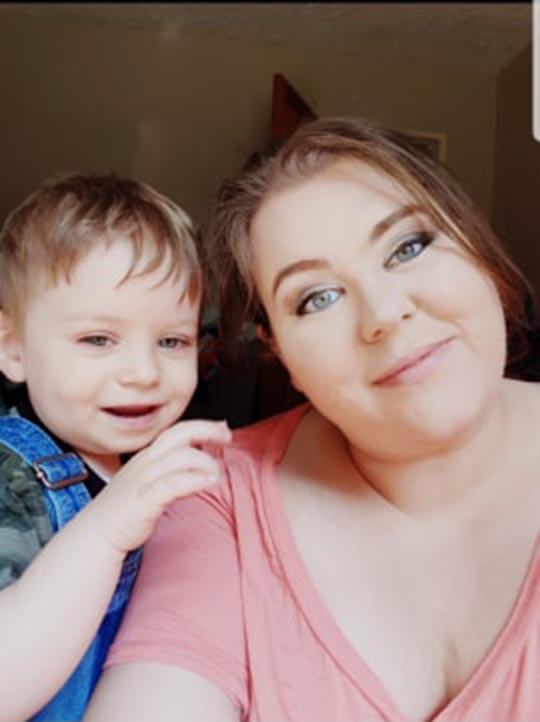 The huge fight broke out during the last race of the day, part of Grand National trials at the Merseyside course on Saturday.

Rosanna, a betting shop worker, was on a family day out with her son and dad.

She said: “Adam was having a run around. Then I saw a commotion and picked him up and then we were suddenly surrounded.

“They knocked into my dad and pram and I nearly went over. People surrounded us trying to grab Adam from me and pulling us in all directions. I screamed for help.”

As the yobs traded punches, racegoers and security tried to pull Rosanna and Adam to safety.

She said: “We were led to a room and left.

“No Jockey Club representatives came to see us. It wasn’t our first time there but we won’t be going back.”

Rosanna, a mum of one, from Eccles, Gtr Manchester, said that in five years of going to Haydock she’d never seen any trouble.

Merseyside Police were ­yesterday quizzing a man, 26, arrested on suspicion of affray and possessing drugs.

Fighting has marred racing at Goodwood, Ascot and Hexham over the past year. 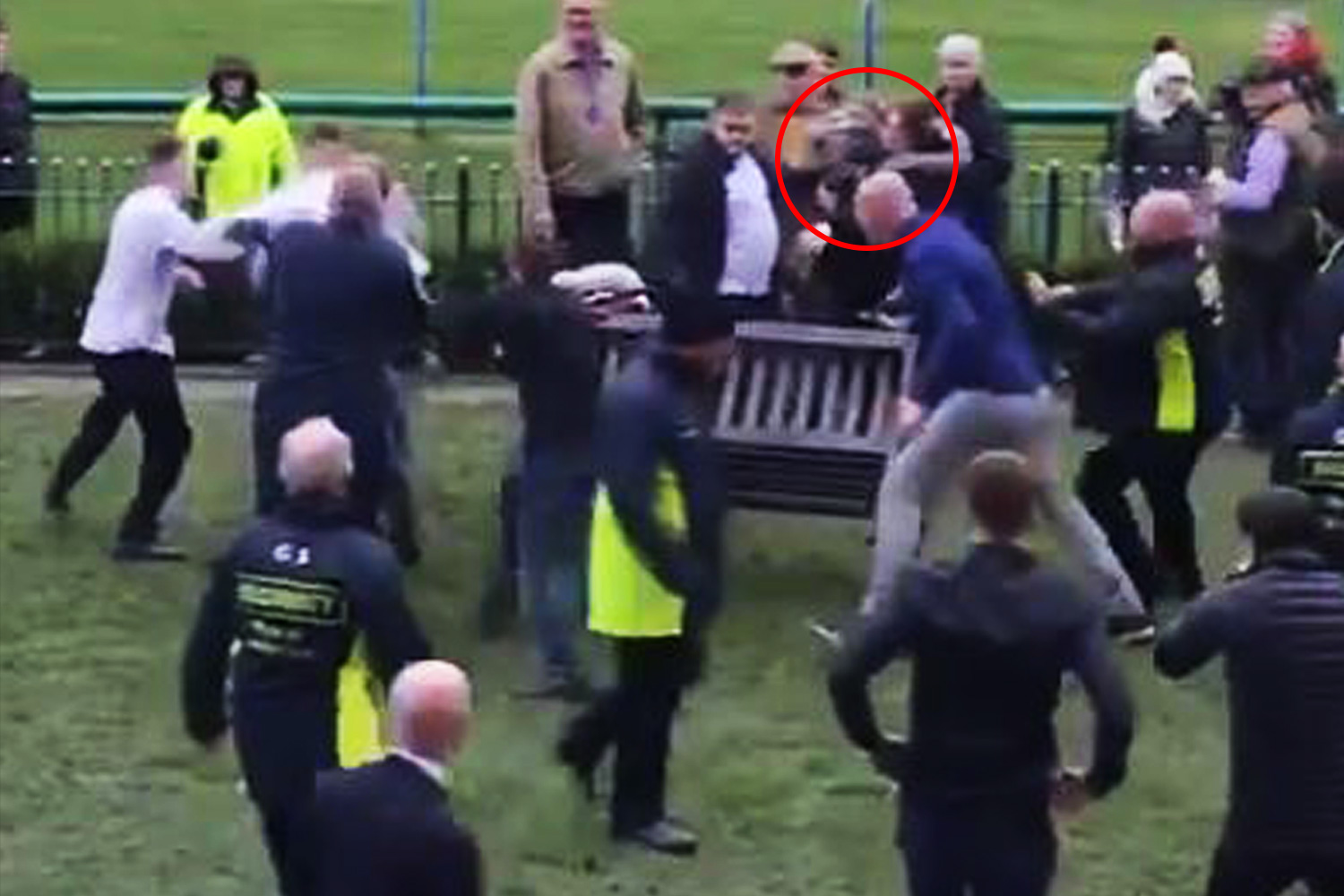 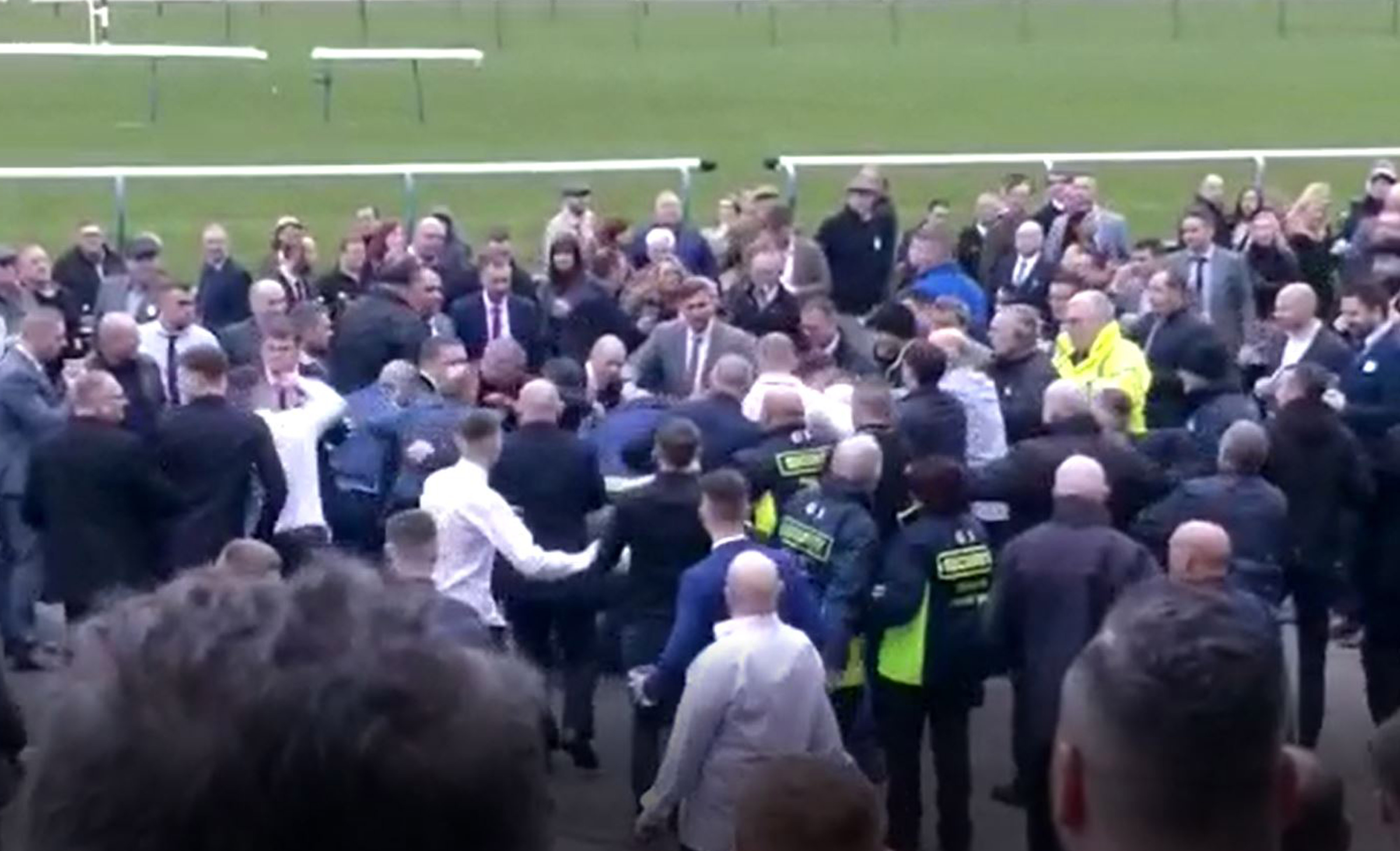