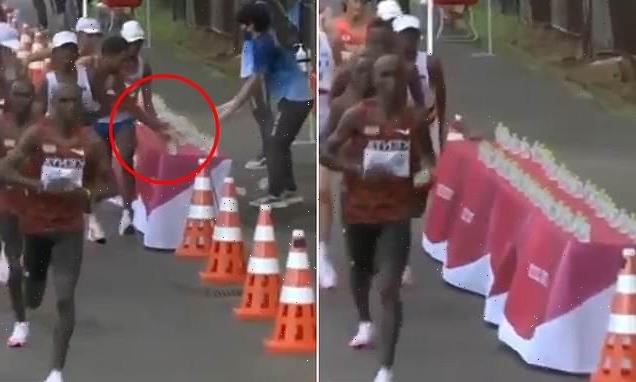 French runner Morhad Amdouni was the subject of fierce debate on social media after he appeared to deliberately knock over an entire row of water bottles during the men’s Olympic marathon.

Amdouni finished 14th in the 26-mile race in sweltering conditions in Sapporo, just under six minutes behind winner Eliud Kipchoge.

But his actions were being analysed long after the race for an incident in the latter stages of the race. 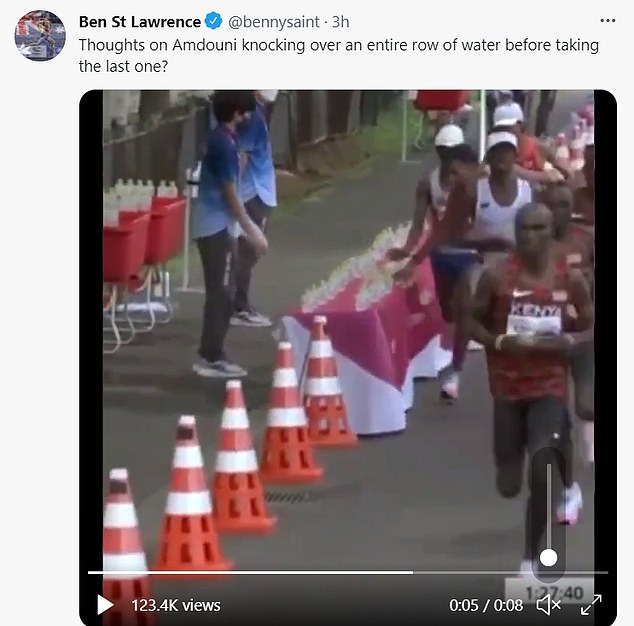 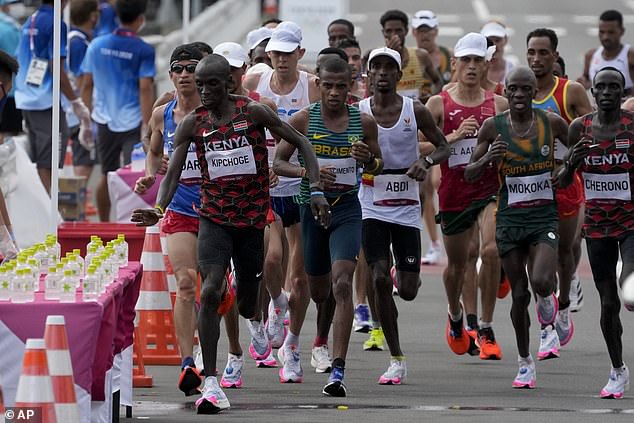 Middle-distance runner Amdouni, 33, joined his fellow competitors in reaching for a water bottle but while the other runners cleanly picked up a bottle, he ended up knocking over many bottles before grabbing the last one and continuing with the race.

His actions, deliberate or not, left  the group of runners without any water to drink as they battled through the heat towards the finish.

Australian long-distance runner noticed the incident and pointed it out on social media.

But other users claimed that Amdouni had knocked the bottles over by accident, also pointing out that there was another table of water bottles just ahead where the runners behind the Frenchman could still grab a refreshment to stay hydrated. 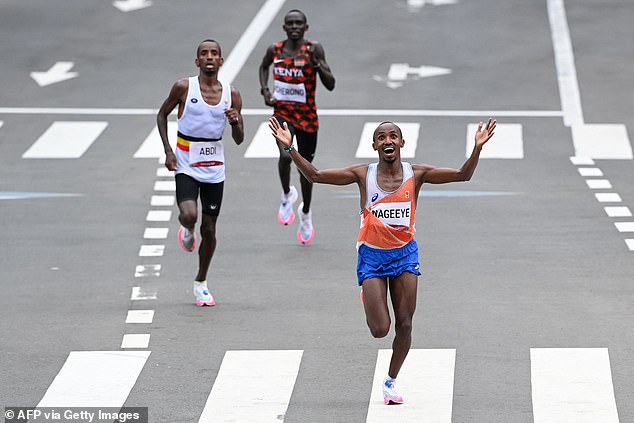 Kenyan Kipchoge finished first with a commanding performance, winning his second straight gold medal and cementing his place among the all-time greats of the sport.