MORE than 11,000 fans tuned in to watch the WRONG Bayern Munich vs Paris Saint-Germain clash after trying to stream the Champions League final.

Despite the game being free-to-air on BT Sport's YouTube channel, it seems many supporters still hunted around for a dodgy stream. 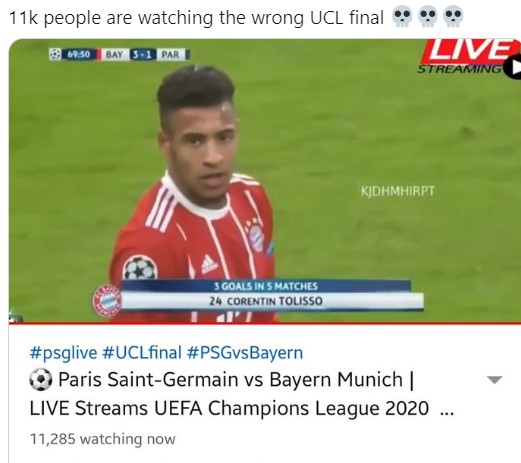 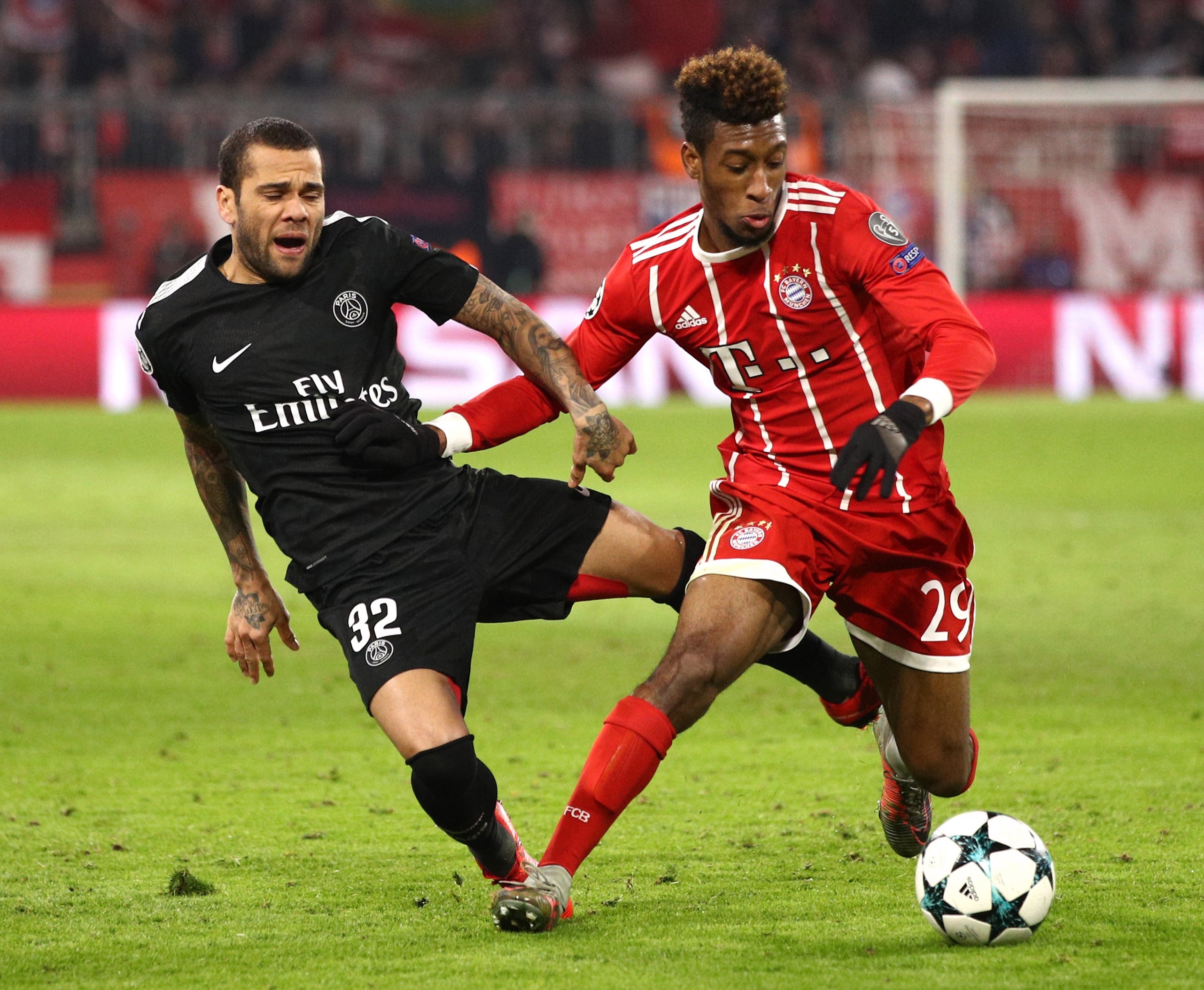 And over 11,000 flocked to one particular channel, blissfully unaware they were watching a re-run of Bayern vs PSG from the 2017-18 group stage.

There were many clues they were watching the wrong game – which ended in a 3-1 win for the Bundesliga giants.

For starters, there were around 70,000 fans in attendance at the stadium – with the real Champions League final held behind closed doors.

And then there's the players – and managers – on show. 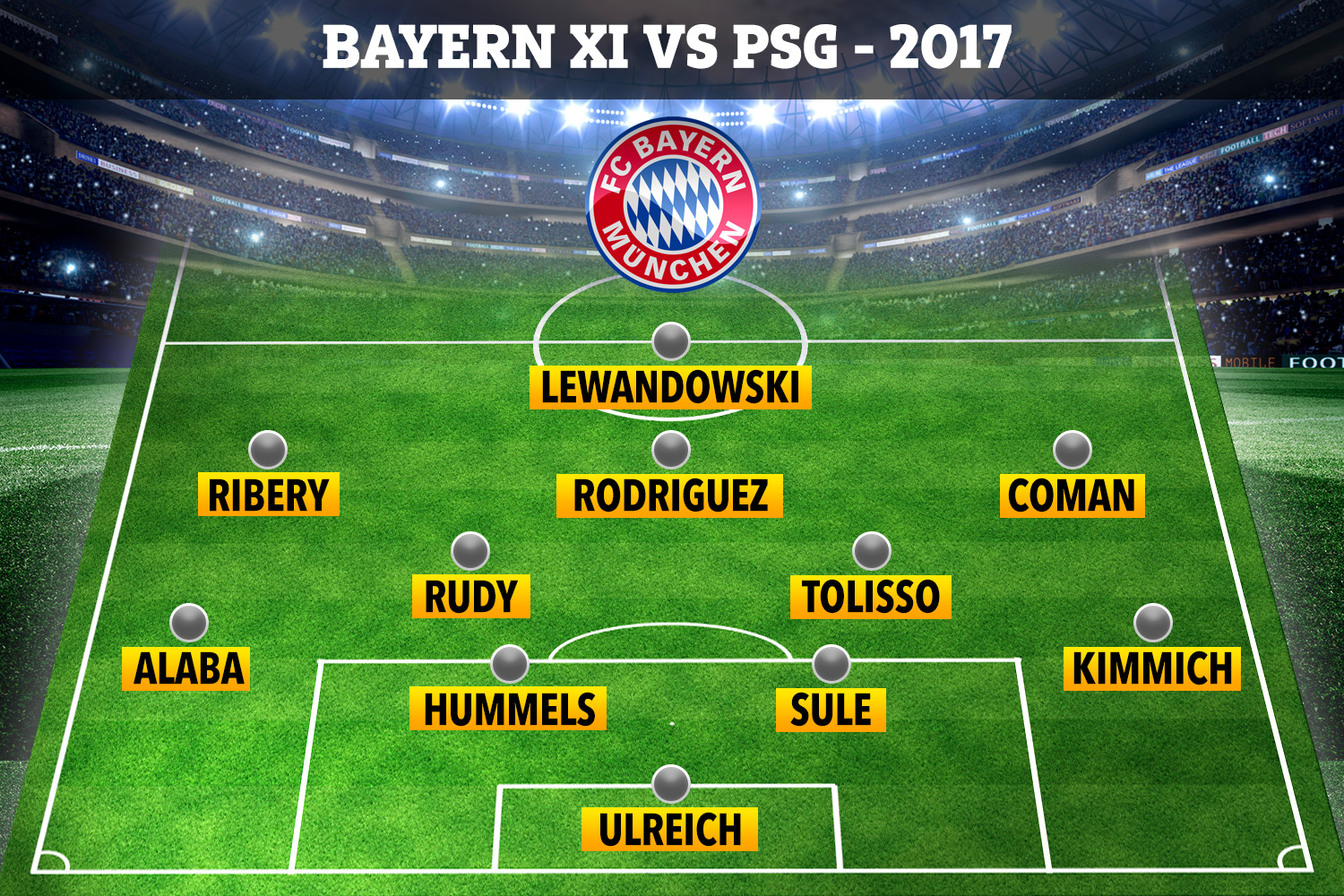 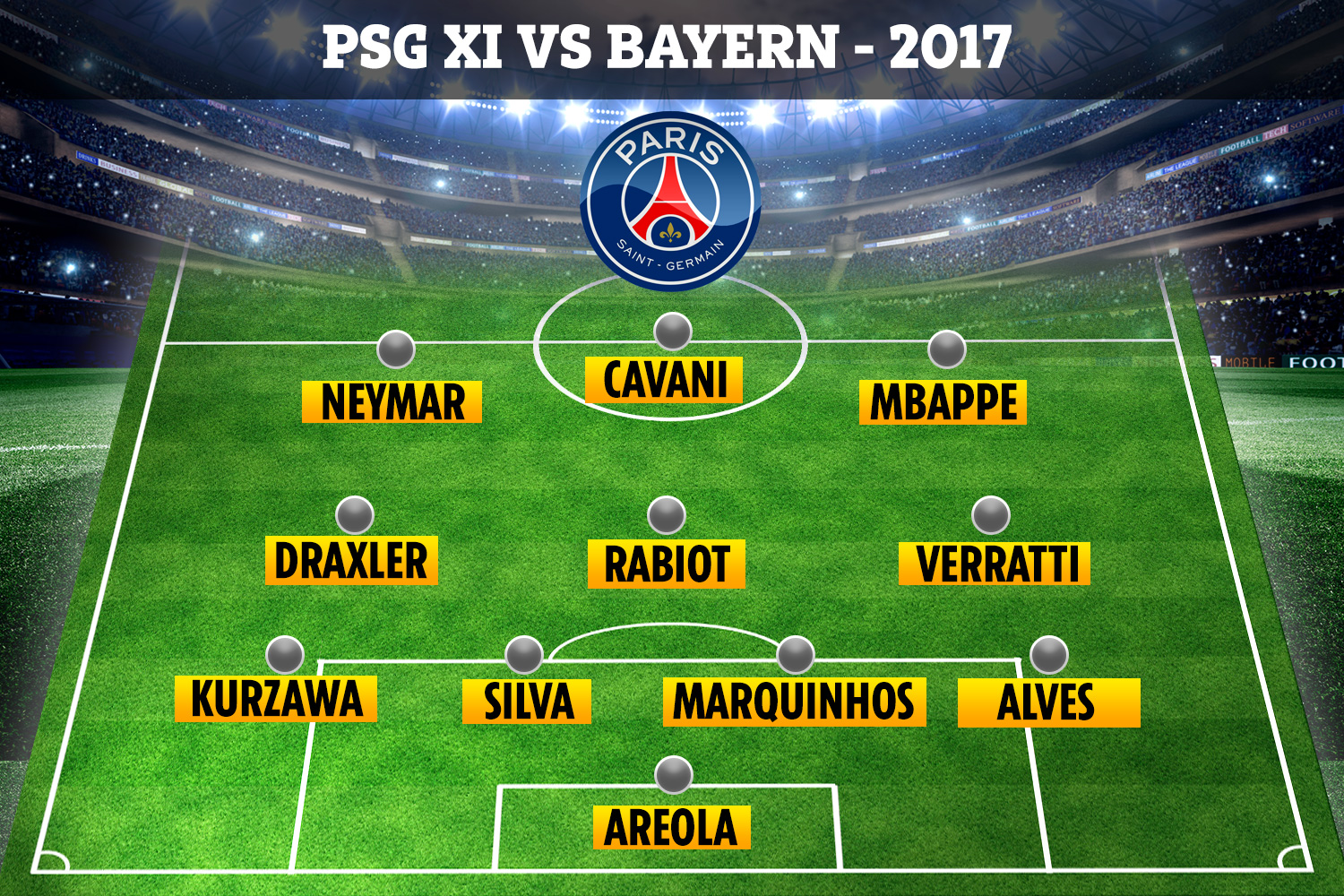 Apparently the fans didn't click that Unai Emery and Jupp Heynckes were on the sidelines.

Even players like Dani Alves, Adrien Rabiot, Edinson Cavani, Franck Ribery and James Rodriguez were on the pitch for the 2017 game.

But still thousands flocked to watch and celebrated Bayern's 3-1 win thanks to two goals from Correntin Tolisso and one from Robert Lewandowski.

Kylian Mbappe scored the consolation goal for PSG in the "fake final".

In doing so, Bayern became the fifth-most-successful European team ever, with nine trophies in all continental competitions.

And Coman himself made it trophy No20 for his career, despite having played just 193 times.