Egypt hero Salah was the star of the show in the 4-0 thrashing of Bournemouth at Dean Court. 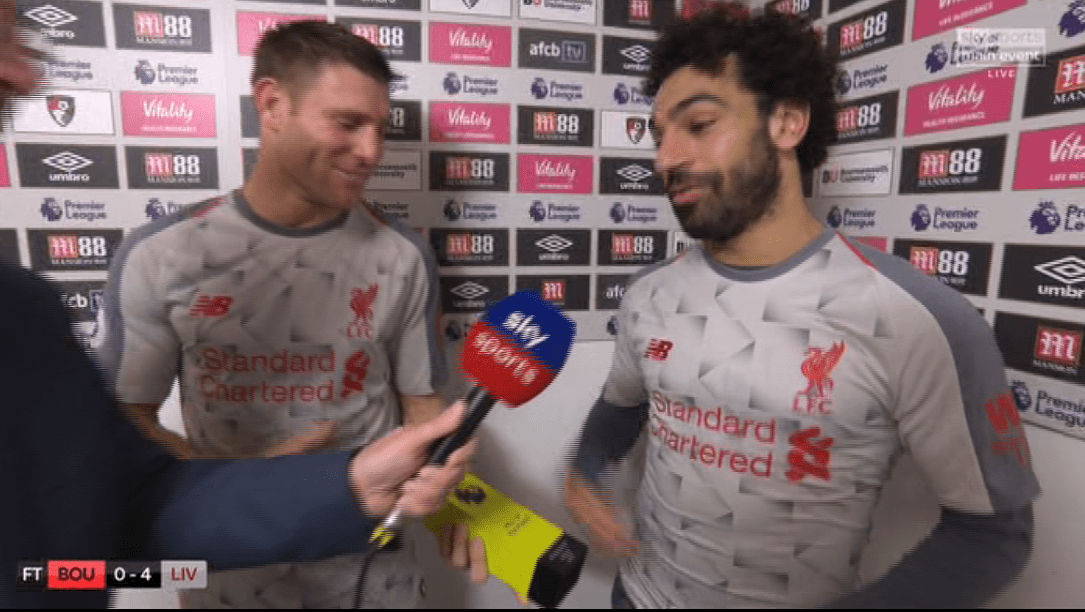 He bagged a hat-trick – although his first goal did appear to be offside even though it was allowed to stand.

The pair were interviewed after the game, when Salah was awarded a trophy for his outstanding performance.

But showing utter class, Salah refused the award and instead gave it to the former England midfielder.

Speaking of Milner, Salah said: "I want to congratulate him on his amazing career, he deserves it. 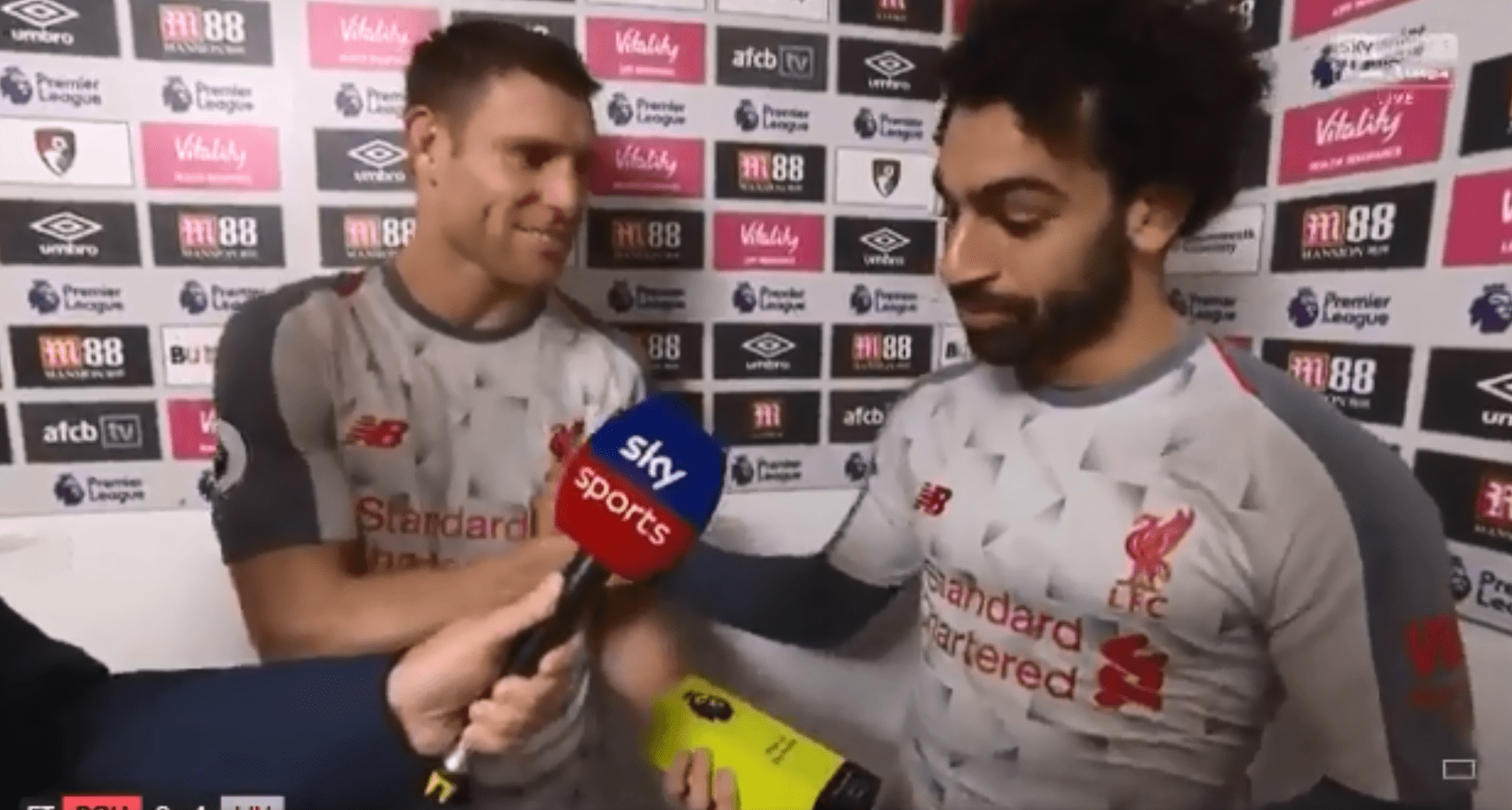 "I hope we’re going to win something together this year but I will not take it [the Man of the Match award]."

He said: "This guy [Salah] Was unbelievable and gave them all sorts of problems. He took his goal really well and it was great to get another clean sheet. 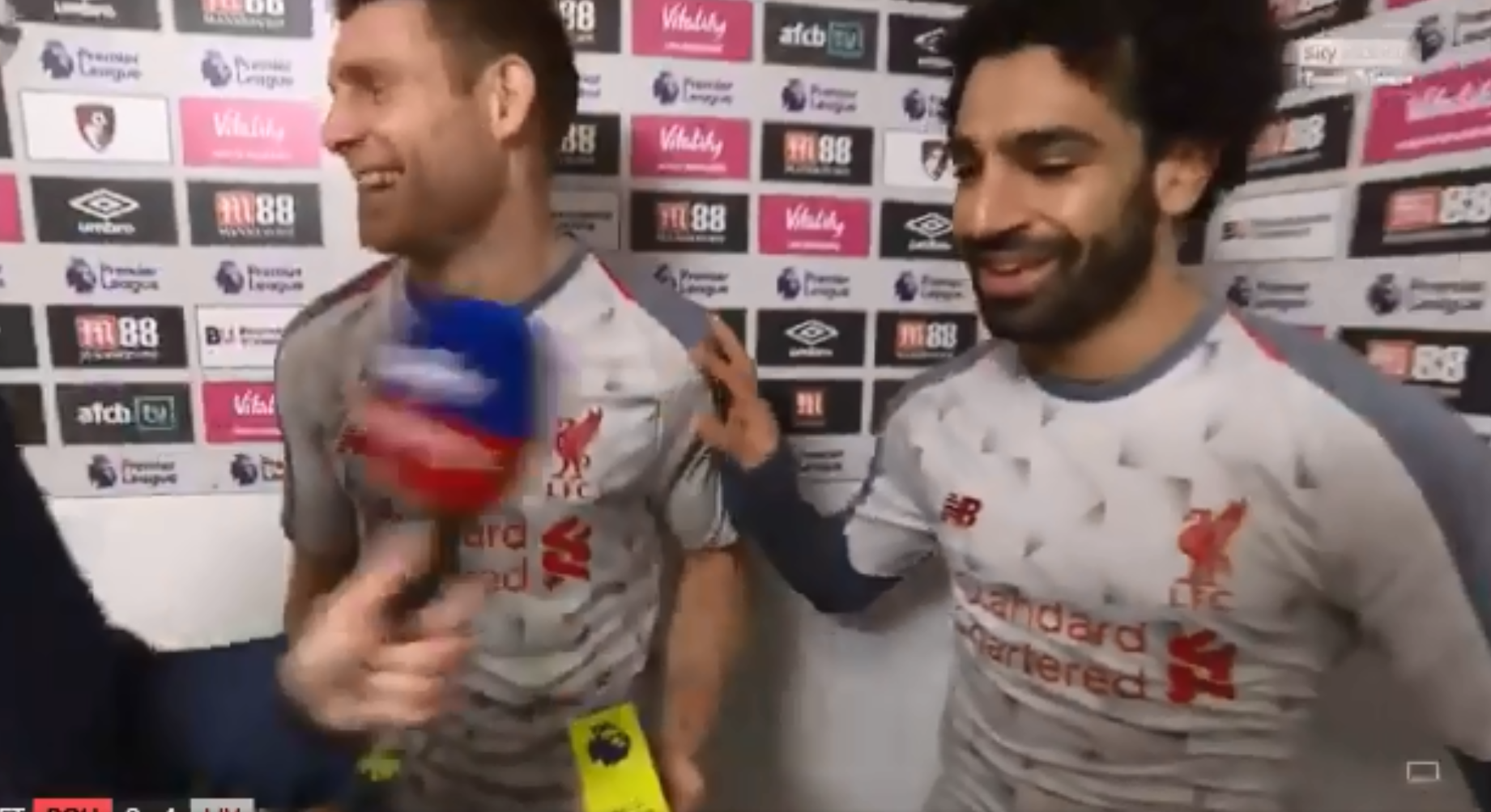 "It’s a nice achievement to have but the result is the most important thing. We’ve had two tough away games this week and two really good results. We’ve got to keep our foot on the gas.

"The performance [gives us encouragement]. We’ve played a lot of games in quick succession and we keep getting results.

"At times we’ve played well and others not. But when you’ve players of Mo’s quality, he can win you a game on his own and he turned that game day.

"That’s the luxury we have. But the quality goes right through the squad as you can see from the changes in the last two games." 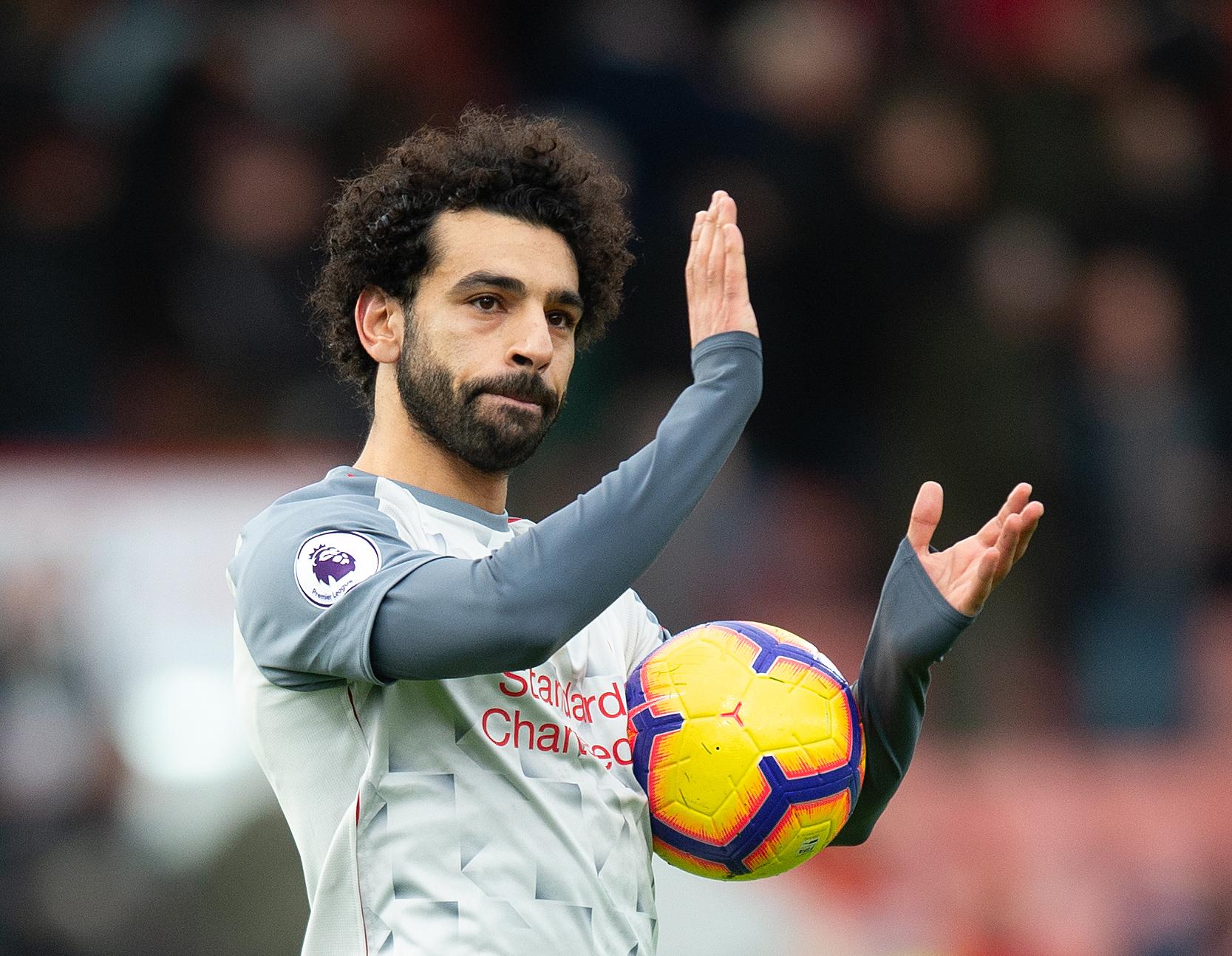 One said: "Not a Liverpool fan but fair play to the guy. Great show of respect."

Another wrote: "I love that man so much."

One comment read: "If I couldn't the guy anymore than I do already…"

A fellow user posted: "Respect to this individual @MoSalah and I ain't even a LFC fan. He raises the bar every time."