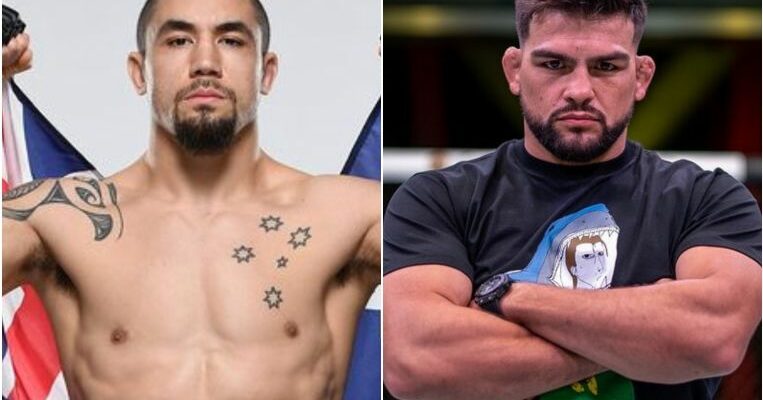 Whittaker stunned Gastelum in the first round en route to 50-45 wins across all cards.

Whittaker (23-5) more than doubled Gastelum (17-7) in total strikes, recorded four takedowns of the American and dominated control of the fight, over four minutes to just 26 seconds for Gastelum.

Whitaker has his sights set on a rematch with middleweight champion Israel Adesanya, who defeated Whittaker with a second-round TKO on October 2019 at UFC 243.

“I think we should talk, mate,” Whittaker said afterward. “I think it’s about time we crossed paths once again. I think I have some tricks he hasn’t seen yet.”

Earlier, Andrei Arlovski won a unanimous decision over Chase Sherman in their heavyweight bout. It was a tightly contested fight but Arlovski scored a 29-28 decision across all cards.

Luis Pena also won a split decision over Alexander Munoz in their lightweight bout. Pena was the 29-28 winner on two cards but dropped one card by the same score.