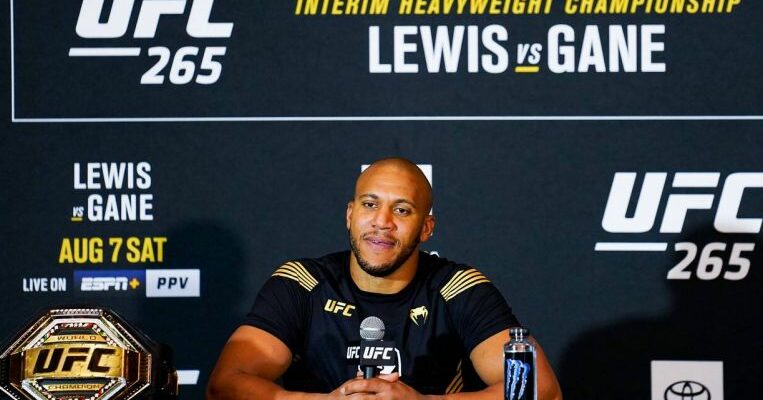 (REUTERS) – Ciryl Gane is the next big thing in the UFC heavyweight division.

The Paris-based kickboxer won for the seventh time in as many UFC outings on Saturday (Aug 7) night in the main event of UFC 265, as he overwhelmed hometown favourite Derrick Lewis to win via third-round TKO at Houston’s Toyota Centre.

The bout was for a questionable interim championship, created by UFC president Dana White because he wanted to make a match between UFC heavyweight champion Francis Ngannou and Lewis for this specific event, but Ngannou wanted more time to prepare for the fight.

Regardless of the title’s authenticity, there’s no doubt Gane (10-0) is the real deal, and he proved he is next in line for the actual title.

The 1.96m Frenchman used all of his range, peppering Lewis with kicks to the body and legs, and keeping Lewis (25-8), who relies on one-punch power, from ever getting close enough to do damage.

This went on into the third, when Gane unleashed a flurry which dropped Lewis, and poured it on until the referee waved things off at the 4:11 mark.

Gane had a simple message for Ngannou, whom he will very likely face next.

The judges’ scores were 30-27 across the board as the 34-year-old Aldo won his second straight fight.

“I want to be a champion again,” he said through an interpreter. “I dedicate myself a lot and that’s why I am here tonight. I’m training a lot, I’m training harder than ever.”