MIKE TYSON will wear iconic blank trunks in a nod to his 1980s world champion years for his comeback fight with Roy Jones Jr.

Iron Mike returns to the ring on November 28 for the long-awaited bout aged 54. 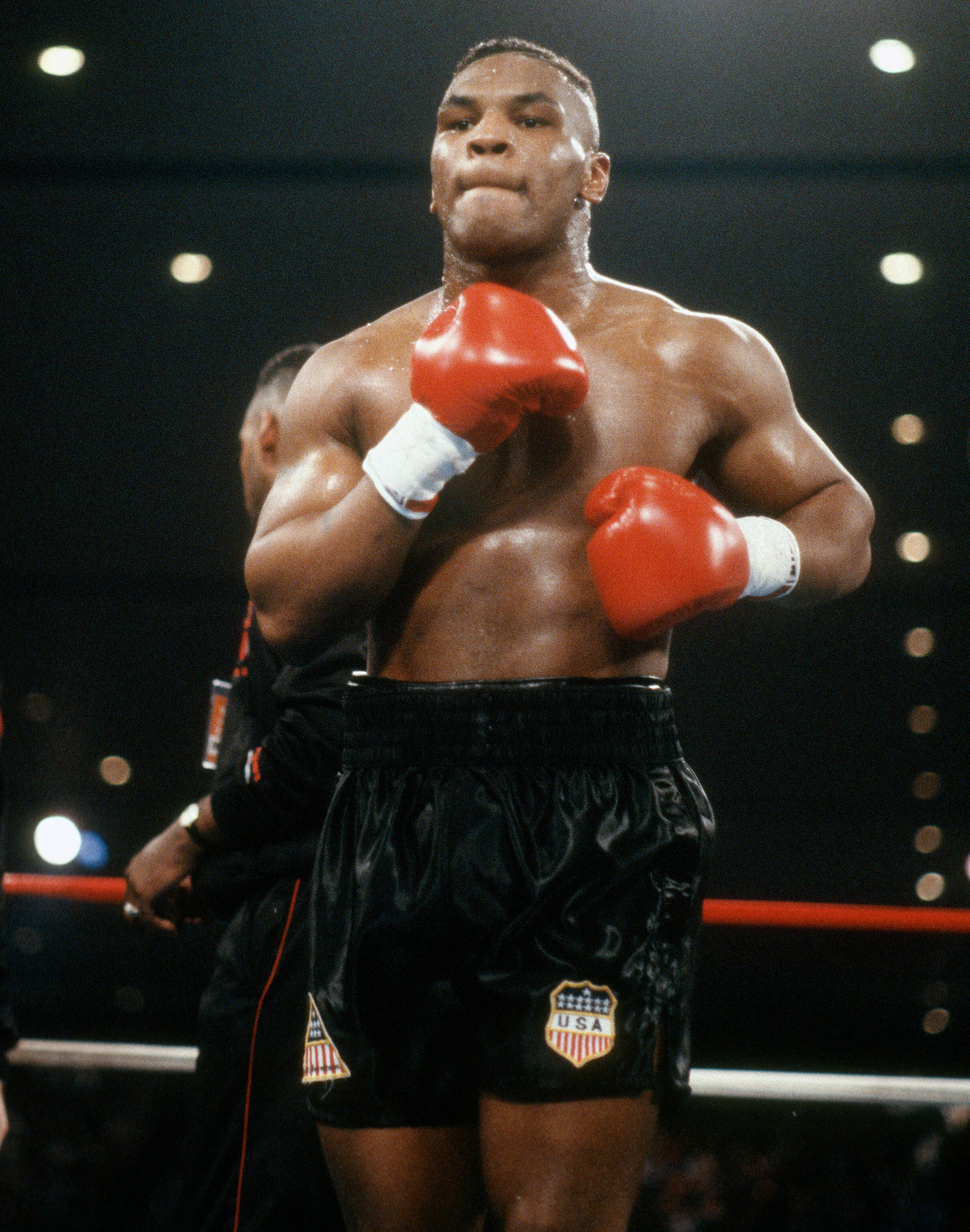 And he looks set to be back in his famous black shorts for the exhibition fight.

Tyson made the classic trunks part of his image during his years at the top of the sport.

Plenty of iconic photos from the late 1980s when he was at his absolute peak are complete with the simple all-black design – a far cry from the glitzy outfits of the modern era.

And as well as having the throwback black shorts, it looks as though The Baddest Man on the Planet will also be boasting a physique in November not dissimilar to the one he had at his world-champion best.

Pictures from training show the incredible body transformation he has gone through to get ready for his comeback, shedding the pounds and packing on the muscle by hitting the gym hard.

The fight against Jones Jr will be held at the Staples Center in Los Angeles on Thanksgiving weekend.

It is the first time Tyson has stepped back into the ring since ending his professional career in 2005 with defeat to Kevin McBridge.

The fight will be contested over eight, two-minute rounds.

No headguards will be worn but the fighters will be wearing larger 12-ounce gloves.

Technically the fight can only be stopped if there is a knock-out, but California State Athletic Commission executive director Andy Forster said he will stop it as soon as a cut appears.

But Tyson said: "We're throwing punches at each other. This is going to be my definition of fun. Broken eye sockets, broken jaw, broken rib. That's fun to me."