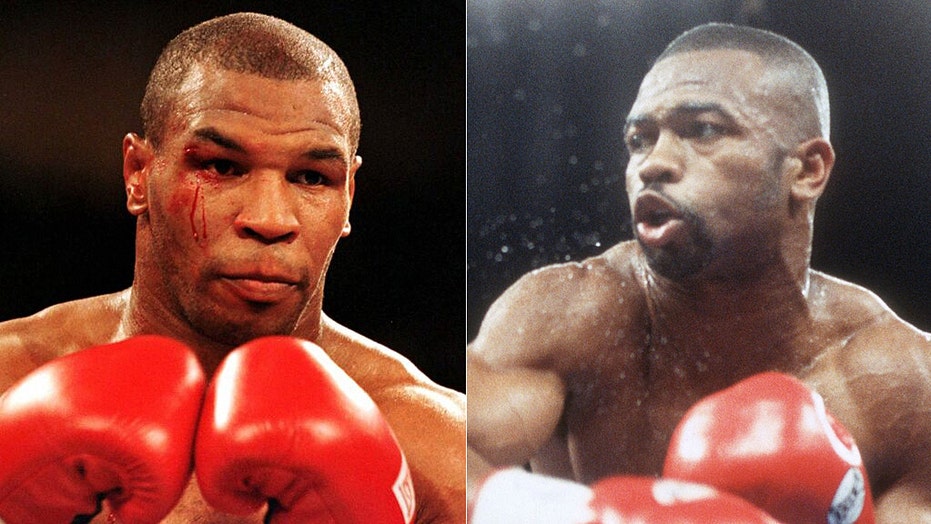 The gloves are back on.

Former undisputed world heavyweight champion Mike Tyson will be getting back in the ring this fall to take on Roy Jones Jr. in what will be his first professional fight in over 15 years.

TYSON FURY REVEALS WHY HE TURNED DOWN FIGHT WITH MIKE TYSON: ‘IT WAS A LOSE-LOSE SITUATION FOR ME’

The eight-round exhibition is scheduled for Sept. 12 and will take place at Dignity Health Sports Park in Carson, Calif., Yahoo Sports reported.

Executive director of the California State Athletic Commission Andy Foster told the website that Tyson put a hold for that date and that he recently met with Tyson and Jones on a Zoom conference call to discuss the exhibition fight.

The fight will be available on pay-per-view and the social media platform Triller, which, according to TMZ Sports, has also been granted the rights for a 10-part docuseries following Tyson and Jones as they prepare to battle it out.

Rumors of Tyson’s comeback have been circulating for months after the 54-year-old posted several videos to his social media showcasing his legendary speed and skill set. His trainer said in May that Tyson could realistically fight again in six months if he wanted.

A bout between Tyson and famed competitor Tyson Fury recently fell through after Fury revealed last month that he was offered “peanuts” compared to the contract Tyson was looking at.

“[Mike Tyson’s] people contacted me, me and Mike had a phone call, it was all real but never materialized,” he said. “Someone who was offering the money to Mike came back and offered us peanuts completely. Mike was talking about $500 million figures, but what came back on paper was a joke, it was crazy.”

The fight between Tyson and Jones will be one for the ages.

Foster said the men will likely be wearing larger gloves but no protective headgear.

“This isn’t a situation where they’re going out there to try to take each other’s heads off,” Foster told Yahoo Sports. “They’re just going to be in there moving around the ring and letting fans see these legends.”