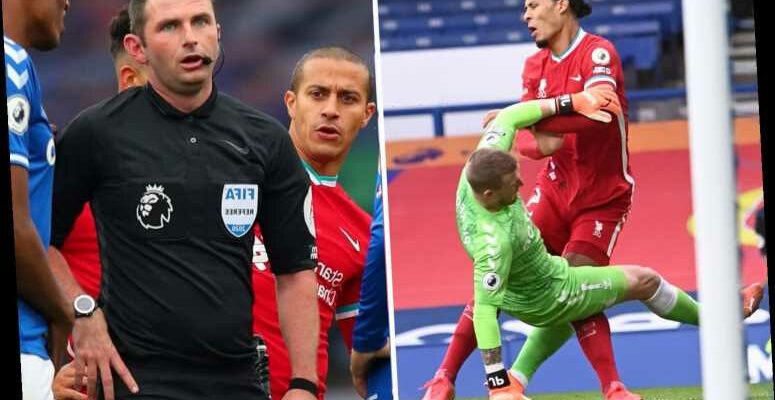 PREMIER LEAGUE ref Michael Oliver admitted he should have sent Jordan Pickford off for his lunge on Virgil van Dijk in October's Merseyside derby.

The Everton keeper looked to have ended the Dutchman's season with a scissor tackle and Oliver – who was on field ref on the day – has been slammed for not sending the England man off even though VAR showed Van Dijk was offside. 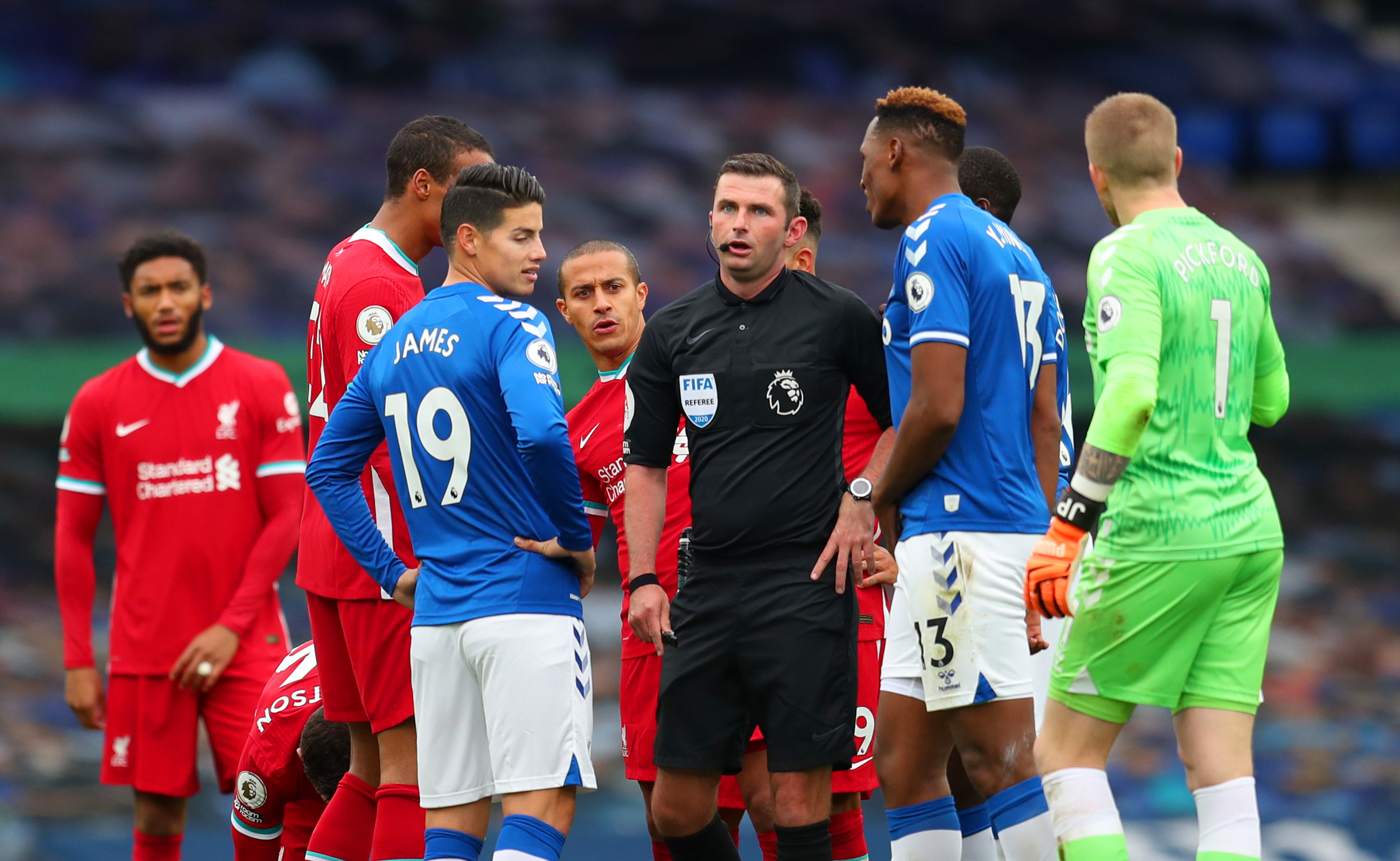 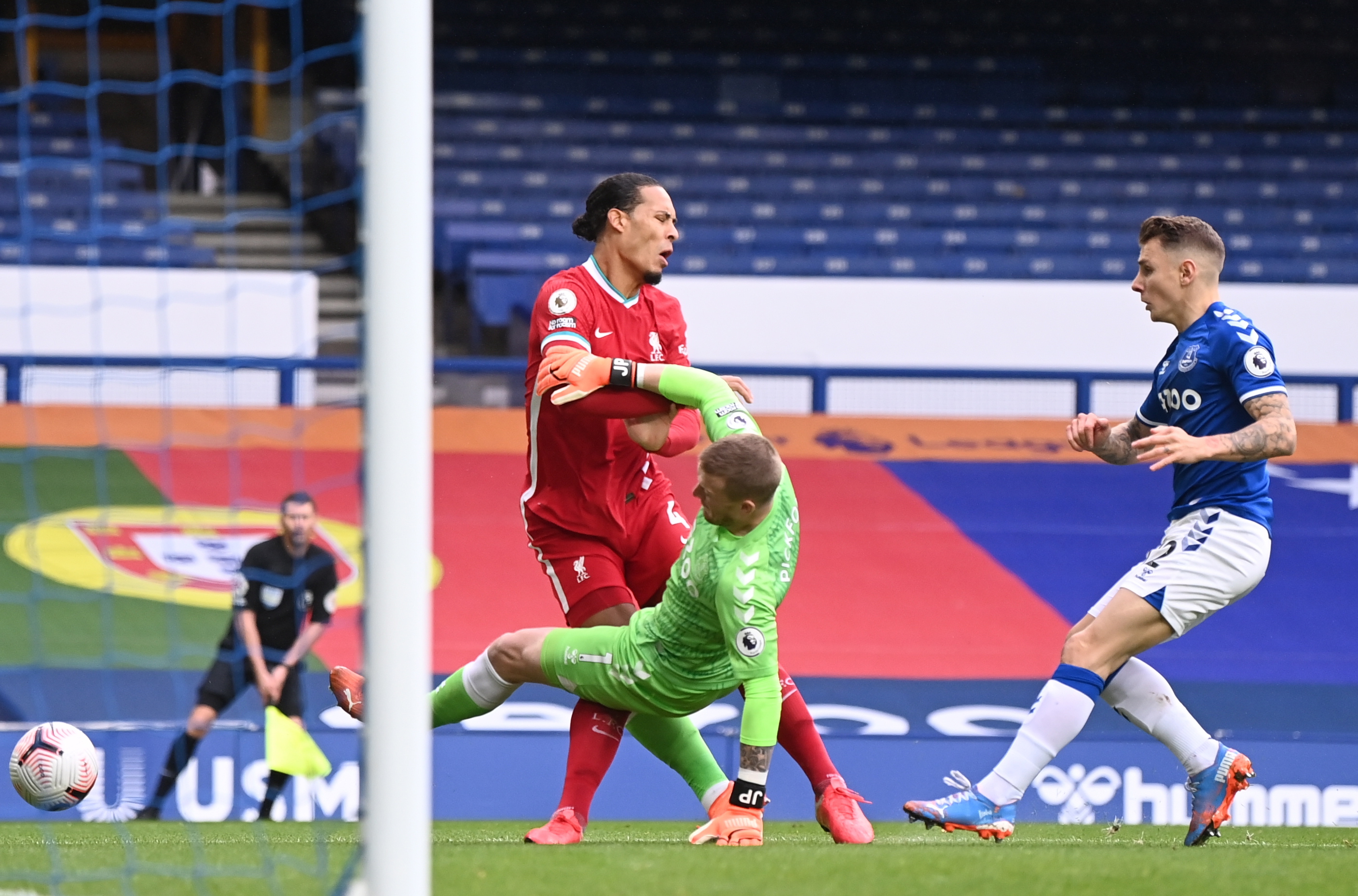 Rules allowed him to show Pickford a red and the official has admitted he was WRONG to let the Toffees man get away with it.

In an interview with the Mail, he said: "The thought initially was, 'it can't be a penalty because it's offside so we need to check the offside first'. I think I said to the VAR, 'if it's not offside, I'm going to give a penalty'.

"I have watched it back so many times. I genuinely don't think Pickford has done anything apart from try to spread himself but he did it the wrong way, as the injury has shown.

"We have all, myself included, not thought about the challenge as much as should have done. We could still have given offside and sent Pickford off.

"What I was surprised about looking at it afterwards was that nothing was expected on-field in terms of a red card. None of the players were asking for that."

Liverpool are refusing to rule Van Dijk out for the remainder of the season as he recovers from the cruciate knee ligament injury.

And he was pictured training with Dutch legend Clarence Seedorf over the festive break.

Elsewhere, there are widespread calls for VAR to be scrapped or heavily changed next season but Oliver is a fan.

He added: "I know VAR has become an obsession. But I am for it.

"There is all the clamour about it changing the game. But if you scrapped it tomorrow lunchtime, all you would hear all weekend would be people shouting 'that would be a pen with VAR'.

"As soon as you moved it away, people would want it back.

"Ultimately, even with VAR, it's still my decision. I'm the one who makes the decision on the field. And if I get it right first time around, there is no reason for VAR to get involved.

"Now that I can go and watch on a pitchside monitor, you've got a second chance, too. You can change your mind or stick with it.

'IT'S HELPED WITH THE ABUSE'

"We got sucked too much into going step by step as opposed to thinking of the bigger process, which was considering the challenge as well and not just the fact it can't be a penalty.

"We should have restarted with the offside, as we did, but with a different punishment for Jordan Pickford.

"I think VAR's helped the game.

"If you go across to the monitor, there is more of an acceptance on-field because players are happy that at least two people have seen it. You have seen it live, someone else has seen pictures.

"It's helped with the abuse we get, too. Players are not complaining persistently about decisions that happened 20 minutes ago.