Rio Ferdinand, Ian Wright and Gary Lineker take to Twitter to blast fans in video which appears to show vile abuse being hurled at Raheem Sterling as police confirm they have opened investigation after supporter appears to call City star a ‘f****** black c***’

Chelsea and the Metropolitan Police are investigating an incident of alleged racist abuse aimed at Raheem Sterling which caused a storm on social media on Saturday night.

Some big names in the world of football took to Twitter in response to the video, in which a spectator is alleged to be abusing Sterling and appears to mouth an offensive racial epithet. 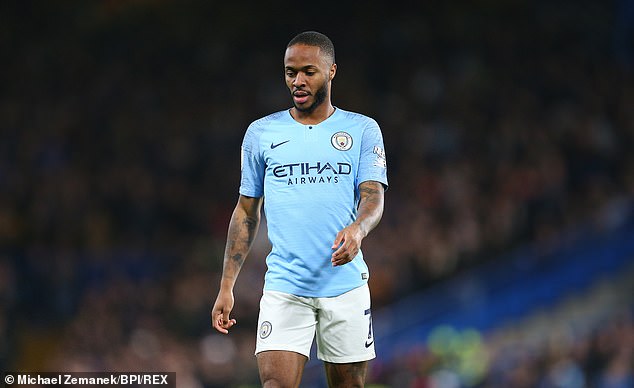 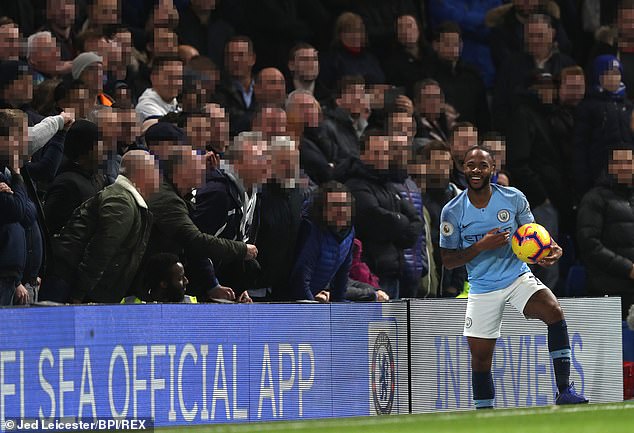 Ex-Manchester United defender Rio Ferdinand made his views known, tweeting: ‘Are we going to continue to allow this type of racist behaviour go on??? All for kicking a ball!’

The footage was widely shared on social media and some believe the supporter appeared to mouth the phrase ‘f****** black c***’ towards Sterling.

Former Arsenal striker Ian Wright also weighed in, saying he is under no illusion as to what was said. He said: ‘The bad old days are back! Chelsea you have been shamed by this disgusting racist fan! absolutely no doubt about what he says.’

Match of the Day host Gary Lineker branded the incident ‘despicable’ while BT Sport presenter Jake Humphrey said: ‘If indeed it is proved to be racist abuse then I hope it’s a lifetime ban. No place for it in this world.’

A Chelsea spokesman said: ‘We’re aware of reports and video footage. We will investigate the matter and take the strongest possible action where necessary.’

The Met Police said: ‘We are aware of a video circulating online in which it is claimed racial abuse was allegedly directed at a player at a Chelsea v Manchester City game at Stamford Bridge on Saturday, December 8.

‘We will review the footage to determine whether any offences have been committed.’

No arrests have been made, the Met added.

Chelsea are seeking to establish the facts of the incident.

Should any offence have been made, a life ban could be handed to the supporter or supporters responsible.

Anti-discrimination charity Kick It Out later issued a statement, which read: ‘We’ve received reports from a variety of sources about an incident of alleged racist abuse at the Chelsea-Manchester City game.

‘We will forward those to Chelsea and offer our support in their investigation.

‘Yet another great day of football damaged by prejudice.’ 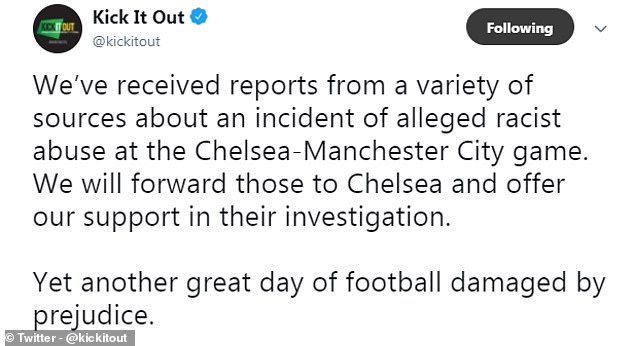