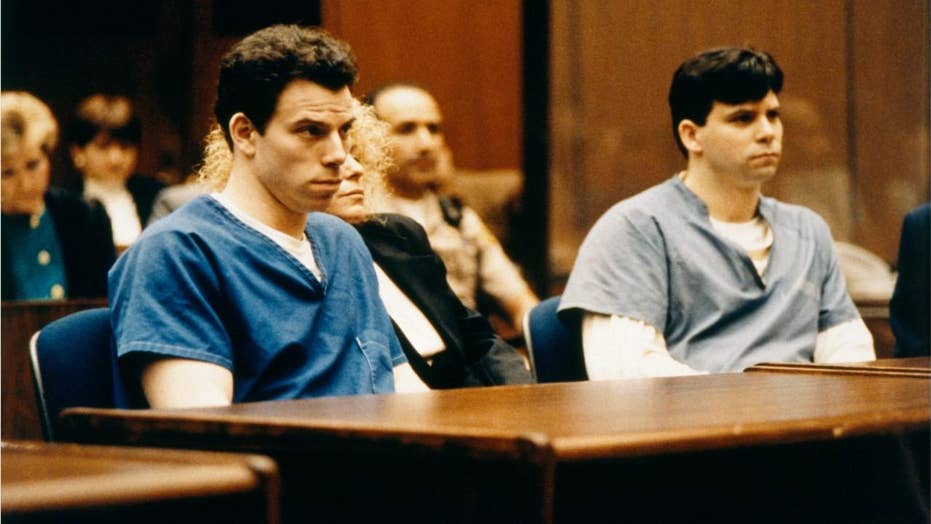 A Reddit user found two men who appear to be the since-convicted killers, The Menendez brothers, in the background of a Mark Jackson basketball card.

An eagle-eyed Reddit user found two men who appear to be the since-convicted killers in the background of a Mark Jackson basketball card. The 1990-91 NBA Hoops trading card features Jackson, a former Knicks point guard, making a bounce pass on the wing of the court. Over his right shoulder, two men, who appear to be the young Menendez brothers, can be seen sitting courtside.

“Reddit is mostly bad but the other day I learned on that website that the Menendez Brothers are in the background of this basketball card and that logistically this would be between when they killed their parents and when they were arrested and I cannot stop thinking about it,” Twitter user John Rosenberger wrote.

Darren Rovell, of The Action Network, pointed out the photo of Jackson was taken during the 1989-90 season and the NBA Hoops set the card appears in was released before the 1990-91 season. The Menendez murder occurred in August 1989 and the brothers weren’t arrested until March 1990.

The brothers are serving life sentences for fatally shooting their parents, Jose and Kitty Menendez, in their Beverly Hills mansion.

The killers were reunited in a Southern California prison earlier this year.