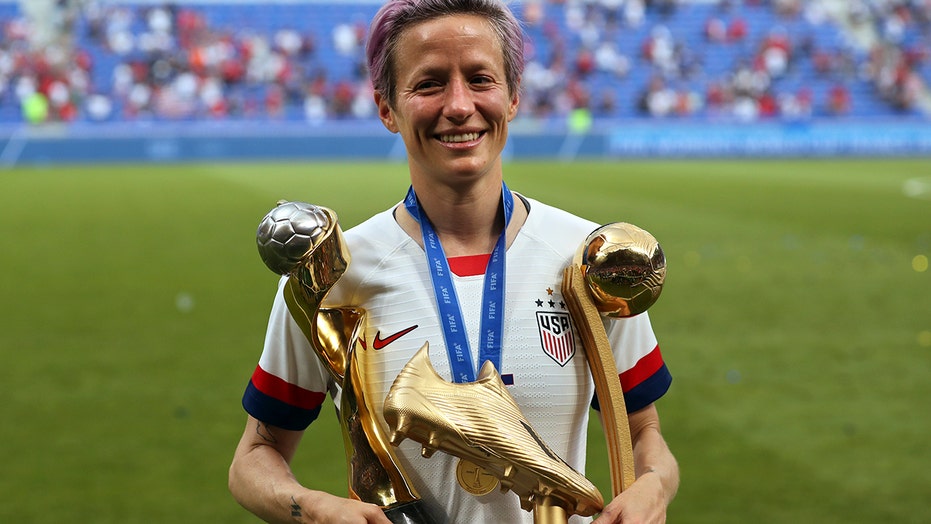 Posters of U.S. women’s soccer star Megan Rapinoe were vandalized at a New York City subway station and police were investigating the incident as a possible hate crime, officials said.

The posters, some of which feature Rapinoe — clad in her U.S. soccer jersey — with the words “Dream with us” scrawled across the center, had hateful messages written across her face and forehead, the New York Post reported, citing law enforcement sources.

The messages reportedly included words and phrases such as “shemale” and screw this h-.” At least six Rapinoe posters were vandalized at the subway station located near Sixth Avenue and 42nd Street in Manhattan, police said.

The MTA was working with the NYPD in their investigation, an agency spokesman told the New York Post.

“Hate has no place in the transit system and we work hard to make the subway a welcoming, safe environment for everyone,” MTA spokesman Shams Tarek told the newspaper. “We referred this to NYPD which responded to investigate, our maintenance teams got the posters cleaned and we will have them replaced with new ones if necessary.”

Rapinoe, who is gay, is an outspoken activist for LGBT and women’s rights. Her goal put the U.S. ahead of the Netherlands in the Women’s World Cup on Sunday. She was also awarded the Golden Ball and the Golden Boot for being the tournament's best player and top scorer.

The U.S. team will be honored with a ticker-tape parade in New York City on Wednesday.