Kash Siddiqi’s Football For Peace organisation is now at the forefront of the global war against extremists. 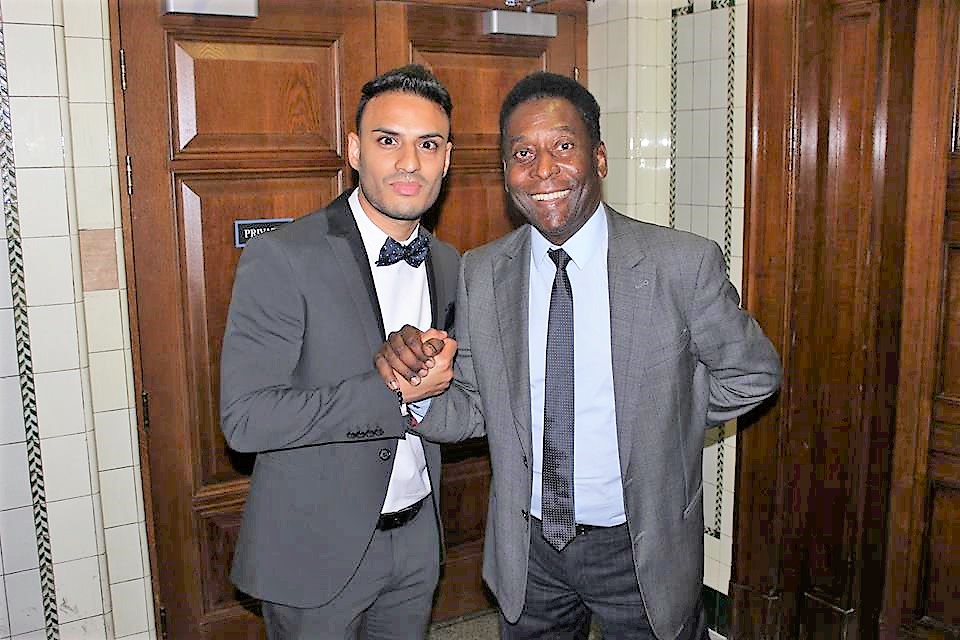 As such, the former Arsenal academy player has met dignitaries from the Pope to Pele and from Prince William to the Prime Minister.

He has held top-level peace talks at Kensington Palace, the Vatican, 10 Downing Street and Arab royal palaces, building a succession of bridges between football and politics.

Siddiqi launched last month in London his latest Football Saves Lives project, which is backed by the Duke of Cambridge and pledges to train 500 young peace leaders by 2020.

It follows a women’s football match at the summit of Kilimanjaro, which broke the world record for a game played at the highest altitude. 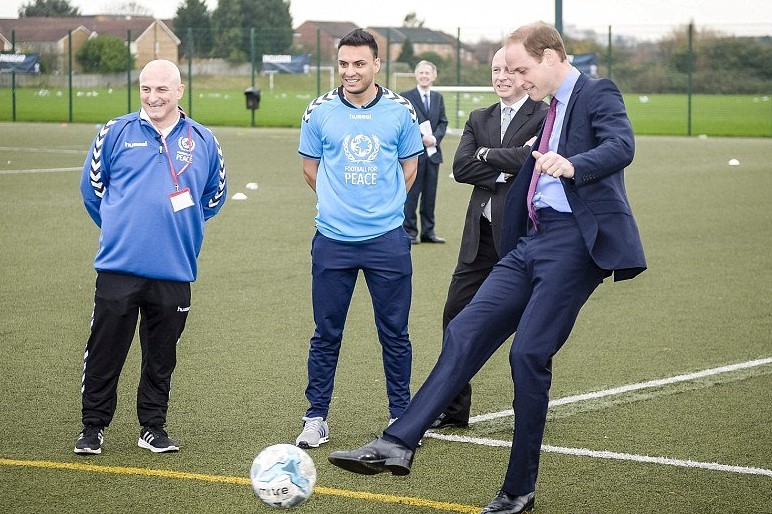 Siddiqi, 33, also helped organise the 2015 FFP game between a combined Afghanistan-GB team — including Robbie Savage and Ally McCoist while being managed by King of the Jungle Harry Redknapp — against a United Nations team at Greenwich College in South London.

FFP’s fight against terrorism comes in the wake of recent atrocities in London, Manchester, Paris, Nice, Barcelona, Brussels and Stockholm.

The charity’s plans to beat the terrorists are ground-breaking, but London-born Siddiqi’s personal journey is even more remarkable.

He and his Ugandan mum had to sleep in cars and on bare floors in bed and breakfast accommodation.

They lived on a diet of chicken nuggets after his Indian father and his mother split up.

Siddiqi reveals he suffered racial abuse while playing for Boston United, and spent three years in pain due to alleged incorrect diagnosis of a foot injury in the United States.

His own football career ended early when a surgeon apparently operated on the wrong tendon. 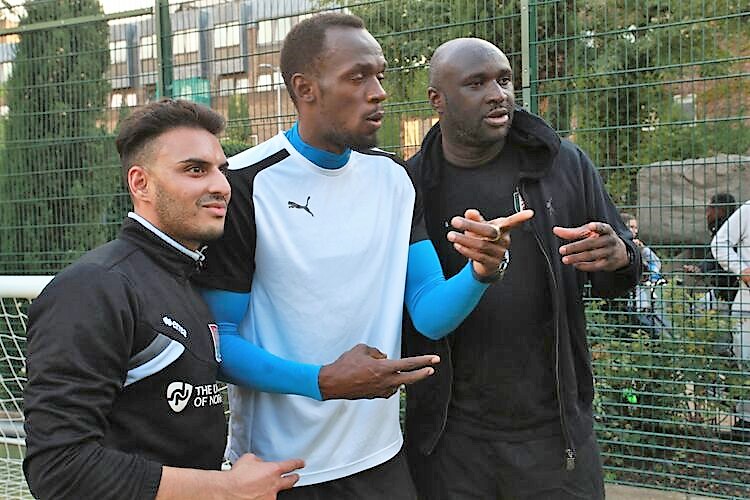 Siddiqi claims he was axed by League Two Northampton because there was jealousy at the club over his friendship with the Pope. But he still played five times for Pakistan.

He revealed: “My mum has been my inspiration, my driving force.

“She has pushed me, always telling me, ‘Never give up’ as I tried to become one of the few South-Asian footballers to make it. It’s unbelievable when I think about the mess she and I faced.”

His mother, Shamim Akhter, fled Idi Amin’s brutal regime in Uganda at the age of 14 — just after giving birth to his half-brother Amjid Bashir.

That followed an arranged marriage with her elder cousin — while she was still at school — and she had three children by the age of 17.

She met Kash’s Indian father, Mumtaz Siddiqi, after seeking haven in Britain. But Kash explained that she “later discovered he was already married with four children”.

Siddiqi added: “When mum was in labour with me, she drove herself to the hospital. There was nobody to take her. “She used to breast-feed me in her car, which is where we slept, or on the floor at a B&B. After she left my father, my staple diet was pretty much chicken nuggets.

“Mum had no money, no family, no resources, no council support, nothing. We relied on help from another family living at a B&B.”

Despite his plight, the 11-year-old Siddiqi managed to land a place at Arsenal’s academy before signing YTS forms with Boston United.

But he hated his time as the only Asian there, claiming that he was the victim of racial abuse in the town.

He said: “Everyone would stare at me and I felt I wasn’t welcome in some places.

“Once I was even shoved out of a fast-food queue after training. It wasn’t a good environment.

“During an FA Youth Cup game against Crawley, myself and other non-white players were abused by fans.

“Our coach refused to come out at after half time unless the referee did something about the abuse.”

Siddiqi still earned a place in Pakistan’s youth teams — it is believed through his father’s family ties — and a US college scholarship in Florida.

But he suffered heartache in only his second pre-season game as he broke metatarsals in his right foot.

Yet he claims doctors diagnosed bruising and he underwent “fast-track rehab rather than rest until the foot healed”.

Siddiqi alleged: “It was missed on scans. Eventually, I came back to the UK to have an operation.

“I then signed for USL club Fresno Fuego in California, but started getting a lot of pain in my left hip and groin.

“I later found it was connected to the original foot injury, but six MRI scans found nothing wrong. 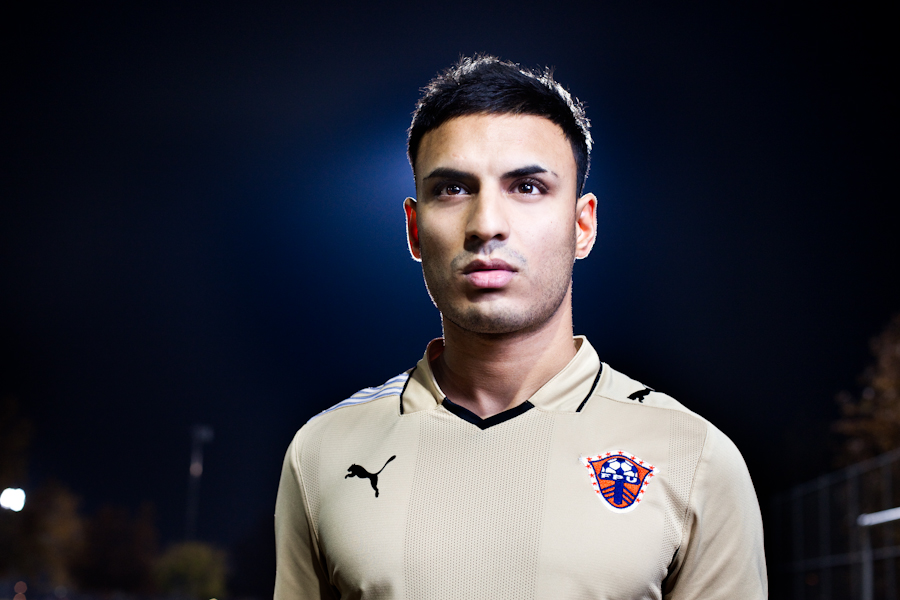 “Doctors diagnosed a hernia so I had another op, but there was no bloody hernia.

“It was finally discovered that it was a hip tear. I was shattered to have another op — to release the obturator nerve. But it seems that the surgeon cut the wrong tendon.

“It was ridiculous. How I managed to stay sane I don’t know.

It was then the PFA came to his rescue, helping to set up the Kashif Siddiqi Foundation — a charity aimed at inspiring young British Asians to make it in football.

Northampton offered him a trial, but he broke down and the PFA sent him to St George’s Park for rehab.

However, his charity work continued, culminating in a trip to Chile to meet South American legends Elias Figueroa and Ronaldinho. 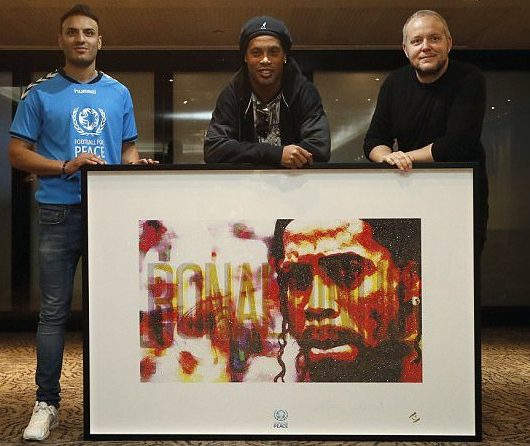 That get-together sparked the idea for a global FFP organisation and it was launched with the backing of Prince Albert of Monaco following a high-powered meeting in Dubai.

The first FFP match — a Dubai game for women — prompted a call from then Prime Minister David Cameron. Siddiqi said: “He was interested because I was a British Muslim promoting peace.

“I met him at 10 Downing Street and he asked how we could use Football For Peace to stem terrorism.

“Then, I got a call from the Vatican. The Pope wanted to meet me. I now had a contract at Northampton, but was still coming back from injury.

“Chairman David Cardoza gave me permission to go, but some people were jealous. Eventually I was let go, so, in two years at the club I never got to play a proper first-team game.”

He claims his time at the club was also plagued by more racial abuse. Some fans on social media said they were looking forward to seeing a Pakistani footballer throwing bombs down the wing.” 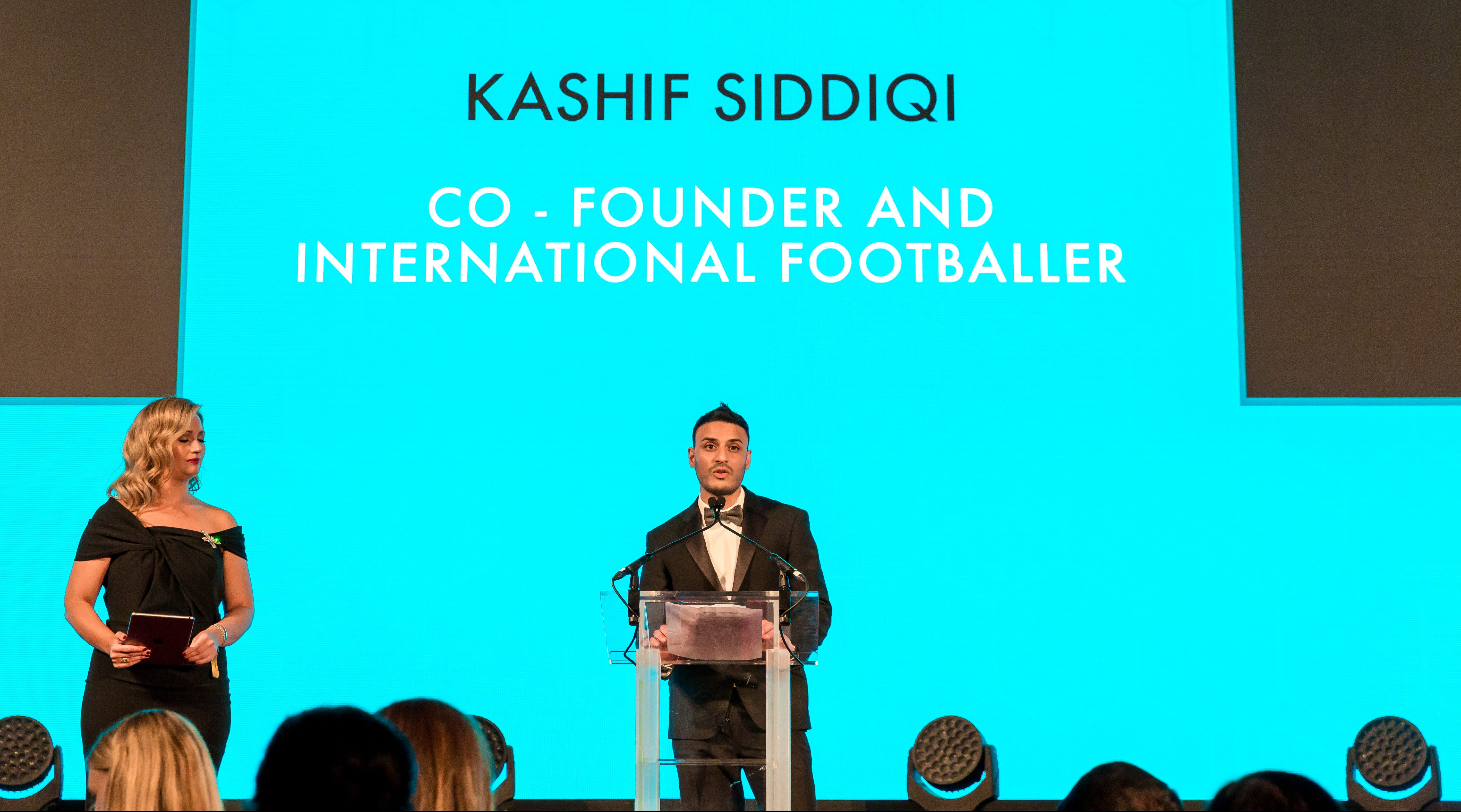 Siddiqi added: “The last two years have been full of moments where I have had to pinch myself to make sure I wasn’t dreaming.

“Meeting Prince William in Birmingham and in London have definitely been the highlights.”

Siddiqi, still training at St George’s Park, added: “The royal families and I believe the power of sport can really make a contribution.”

At Christmas in 1914, British and German soldiers suspended the First World War for an impromptu game of football in no-man’s land.

More than 100 years later, Siddiqi hopes FFP can do a similar job in the war against terrorism.