Pictures shared from a blog named Todo Sobre Camisetas – which means ‘All About Shirts’ in English – show a small icon has been sewn onto the top in a nod to the manager. 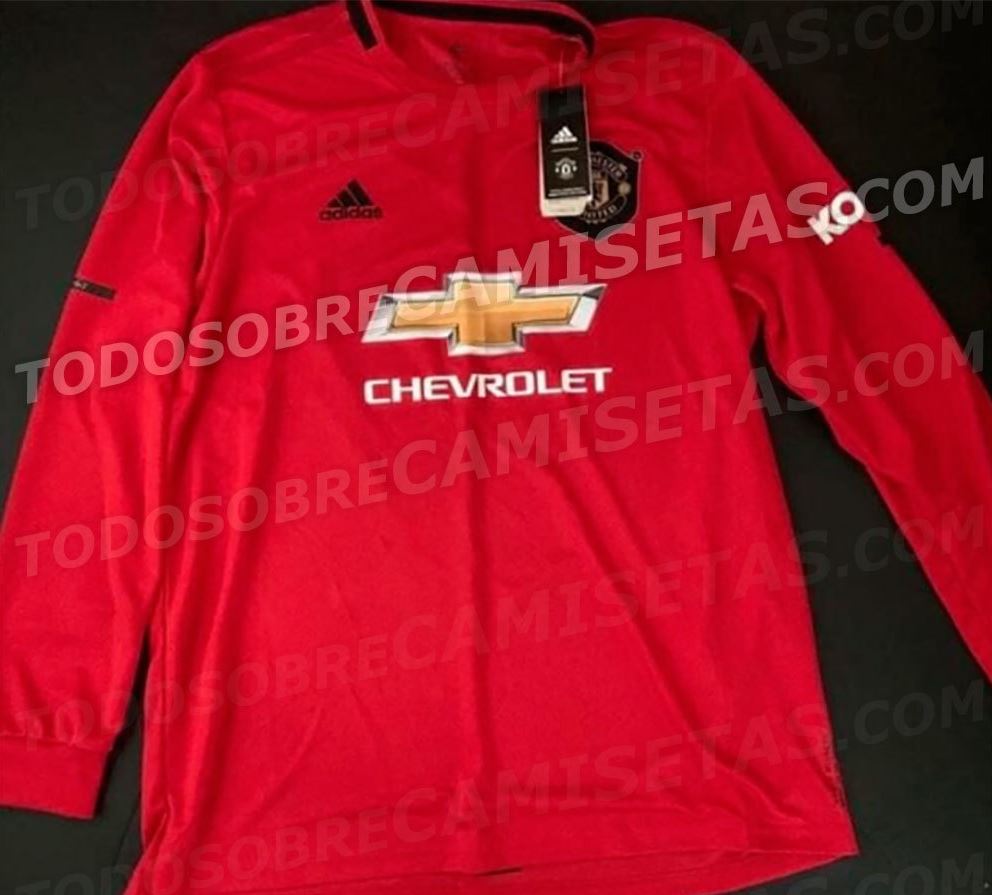 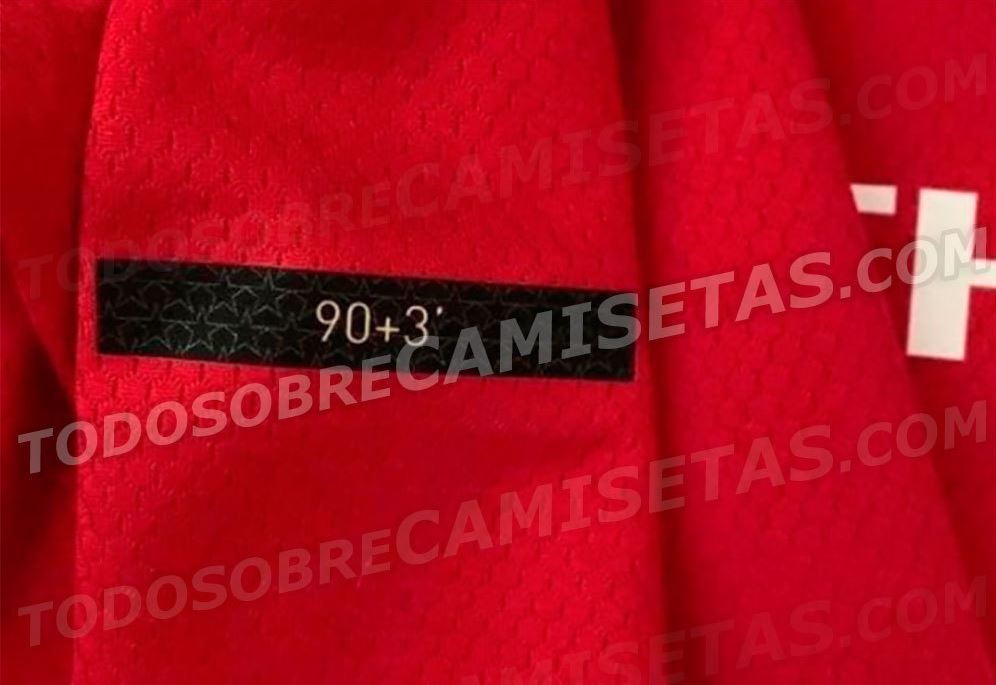 On a predominantly red shirt with black trim around the collar, black labels have been included on the sleeves.

They each reference key dates or times in United's 1999 treble-winning season.

The dates the Red Devils won the Premier League, FA Cup and Champions League are all displayed.

And so are the minutes of the two goals scored by Teddy Sheringham and Solskjaer in the epic European final comeback against Bayern Munich.

Solskjaer wrote history with his 93rd-minute winner at the Nou Camp.

And, if the supposed leaked design is to be used next season, his legacy will also be written onto the shirts of his players.

The kit also shared more similarities with the one worn by Solskjaer and Co as they romped to the treble 20 years ago.

It has a more simple design on the torso to this season's shirt and replaces the black stripes on the shoulders with a darker shade of red.

The badge is gold and features a black crest around the outside in a throwback to the iconic 1999 shirt.

It is completed with a pair of white shorts with red stripes.

Adidas remain sponsors having agreed to pay United a staggering £750million to be displayed on their shirts from 2014 until 2024. 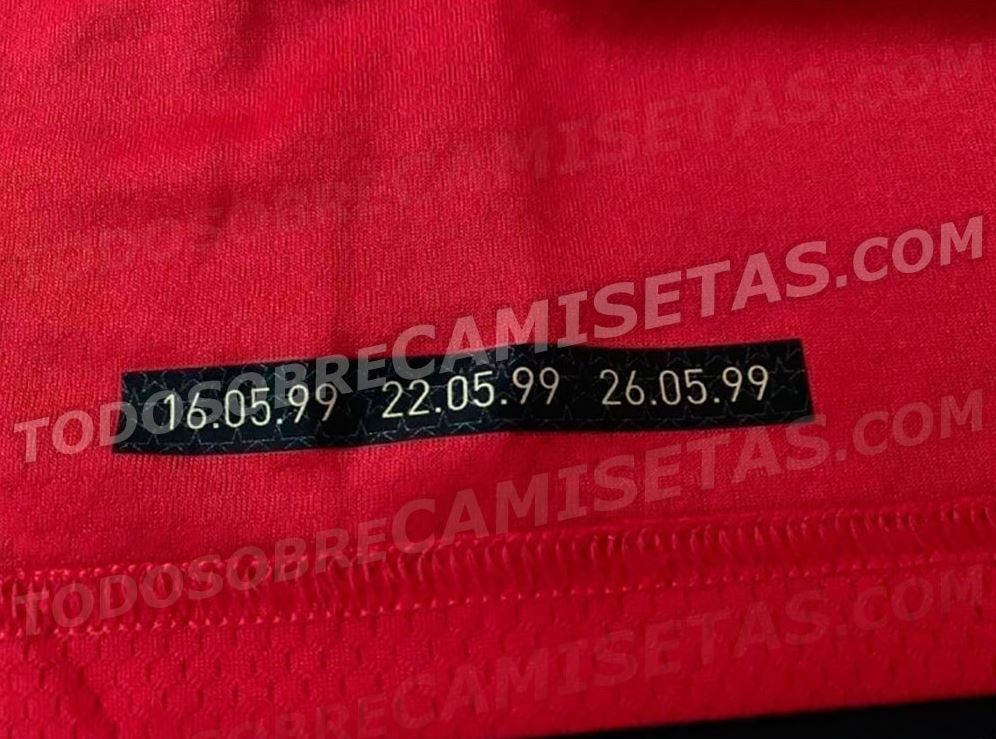 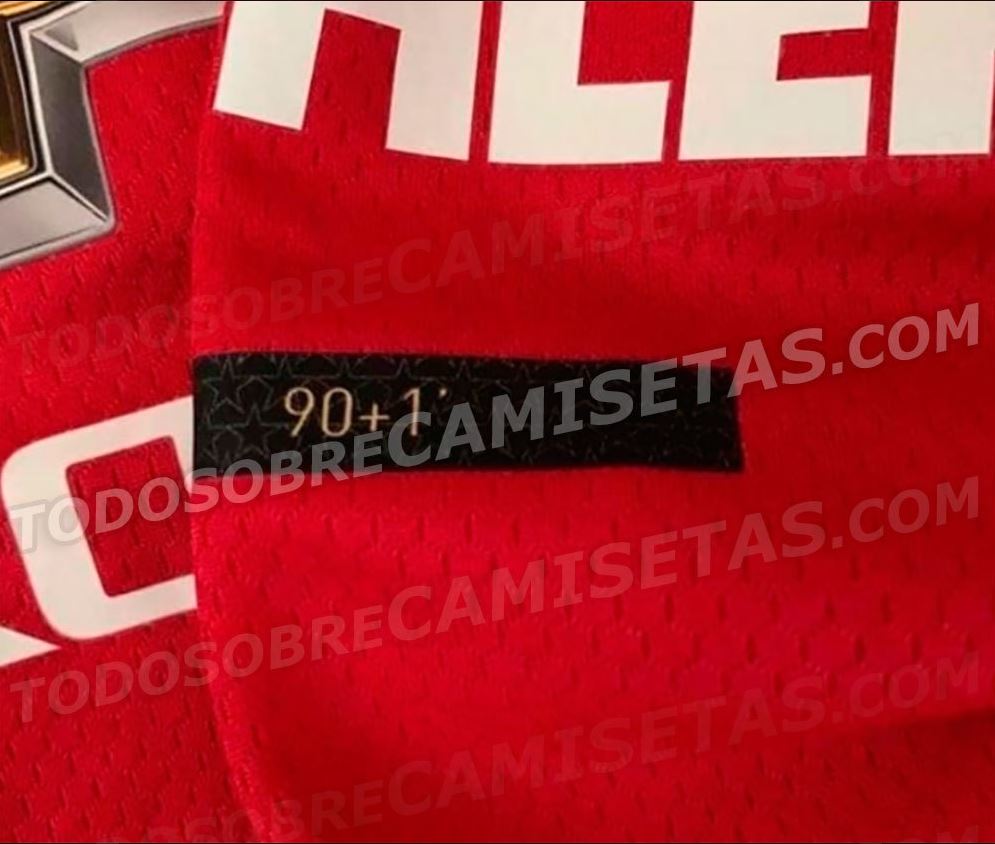 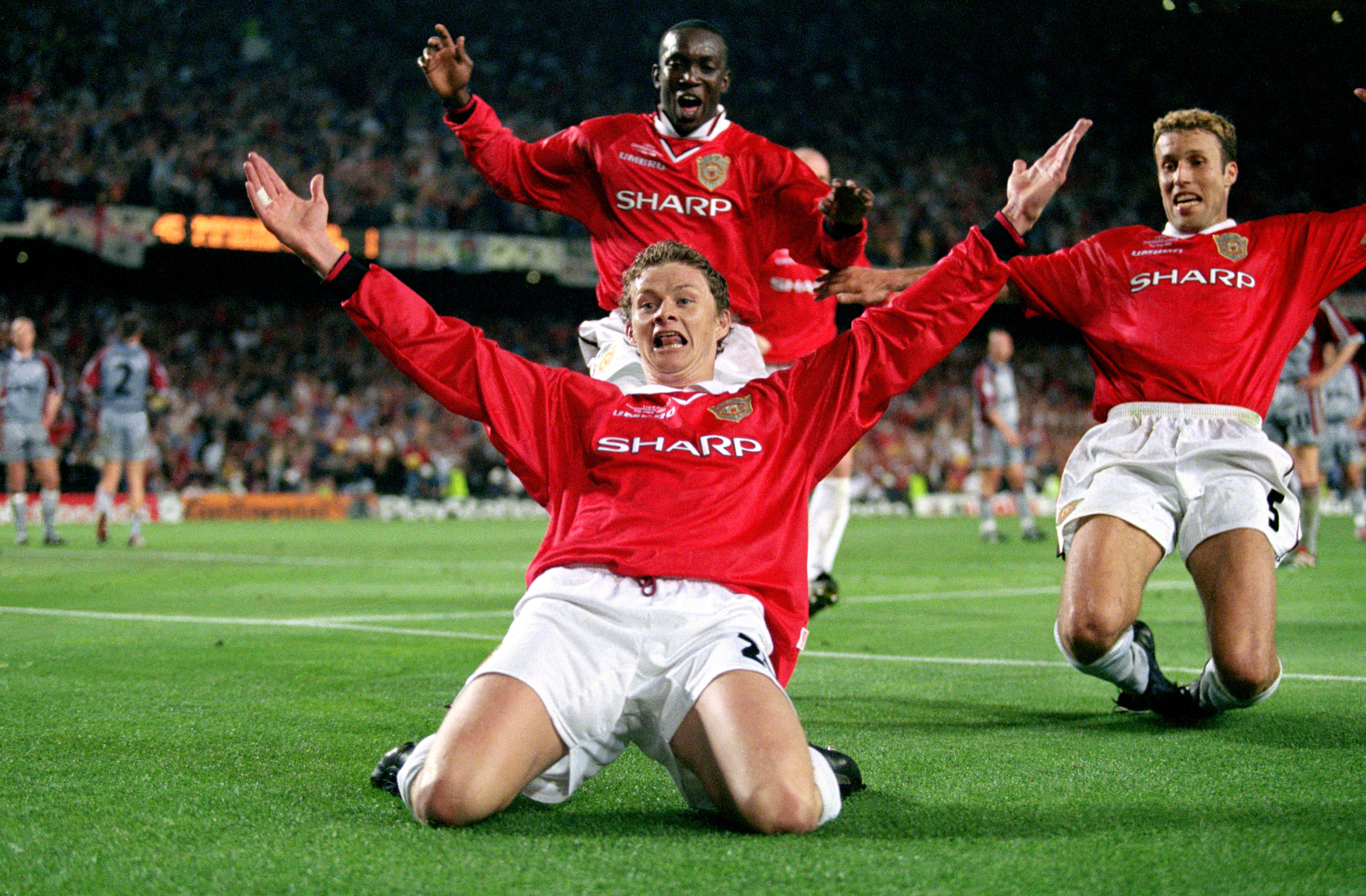