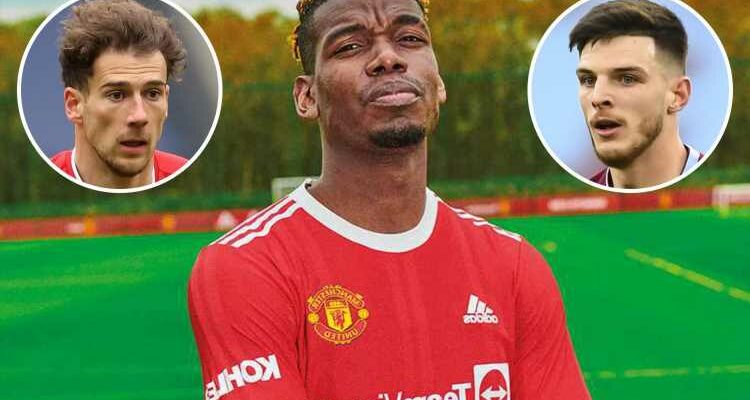 MANCHESTER UNITED are weighing up a number of midfield targets to potentially replace Paul Pogba.

With the French midfielder out of contract in just a year's time, it will be far from easy for the Red Devils to find a star who can match his talents. 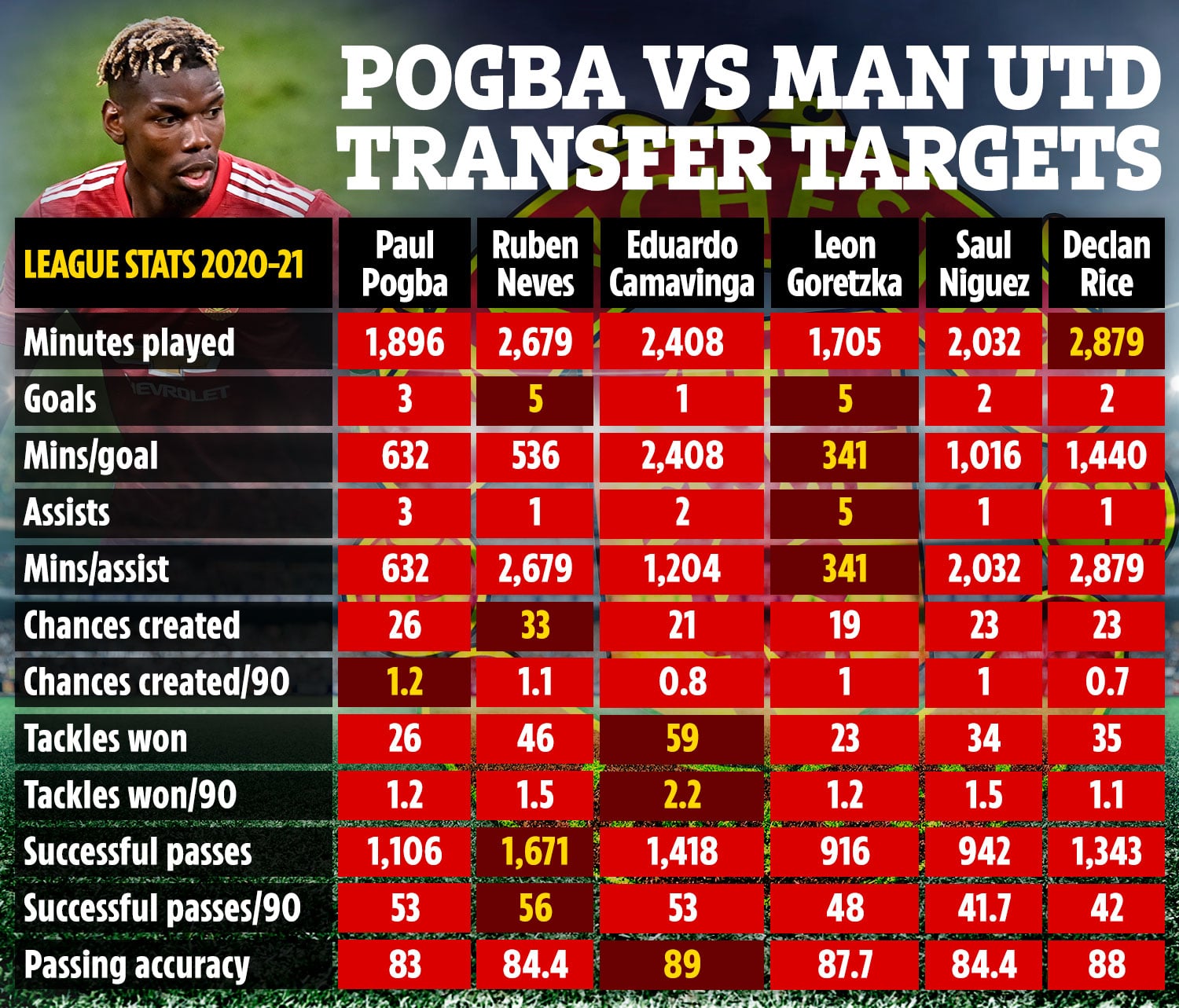 But how about Pogba's production? How do targets Declan Rice, Leon Goretzka, Saul Niguez, Ruben Neves and Eduardo Camavinga compare?

The stats for the 2020-21 league season show how no player can offer an all-round defensive AND offensive improvement to the United star.

Impacted by a hamstring injury at the start of the spring, Pogba played fewer minutes than all his prospective rivals, bar Goretzka.

It is the Bayern Munich star who leads the attacking leaderboard, contributing five goals and five assists at a quicker rate than any other United midfield target.

Only Wolves' Ruben Neves can match his five strikes, although Goretzka undoubtedly plays for one of the globe's top teams when it comes to dominating opponents and creating opportunities.

However, the German's defensive output is no improvement on Pogba's as both made 1.2 tackles per 90 minutes last season.

And the current United ace made more successful passes per 90 minutes and created more chances.

In fact, his 1.2 chances created per 90 minutes outpaces all of the Red Devils' targets.

At a ratio of 1.1, Neves is the next best and the Portuguese playmaker leads the way when it comes to successful passes – with 56 per 90 minutes.

When it comes to defensive work, Rennes youngster Camavinga is head and shoulders above the rest.

West Ham star Rice does boast the most minutes played last season, with 2,879, but is top in no other category – with Saul the best in none.

United are said to be monitoring the Atletico Madrid player's situation amid negotiations with Barcelona over a swap deal for Antoine Griezmann.

Neves is another reportedly on their list with Wolves wanting around £35m for the 24-year-old.

SunSport revealed this week that Bayern's Goretzka has entered their radar while he struggles to agree a new deal to stay in Bavaria.

The club are concerned about losing Pogba on a free, a fate which could also befall Rennes with Camavinga's deal up soon.

And Rice has been named in reports after United opened a potentially blockbuster summer by pushing to sign Jadon Sancho and Raphael Varane.