Bild claims the centre-back has emerged as a prime target for Ole Gunnar Solskjaer as he looks to bolster his defence. 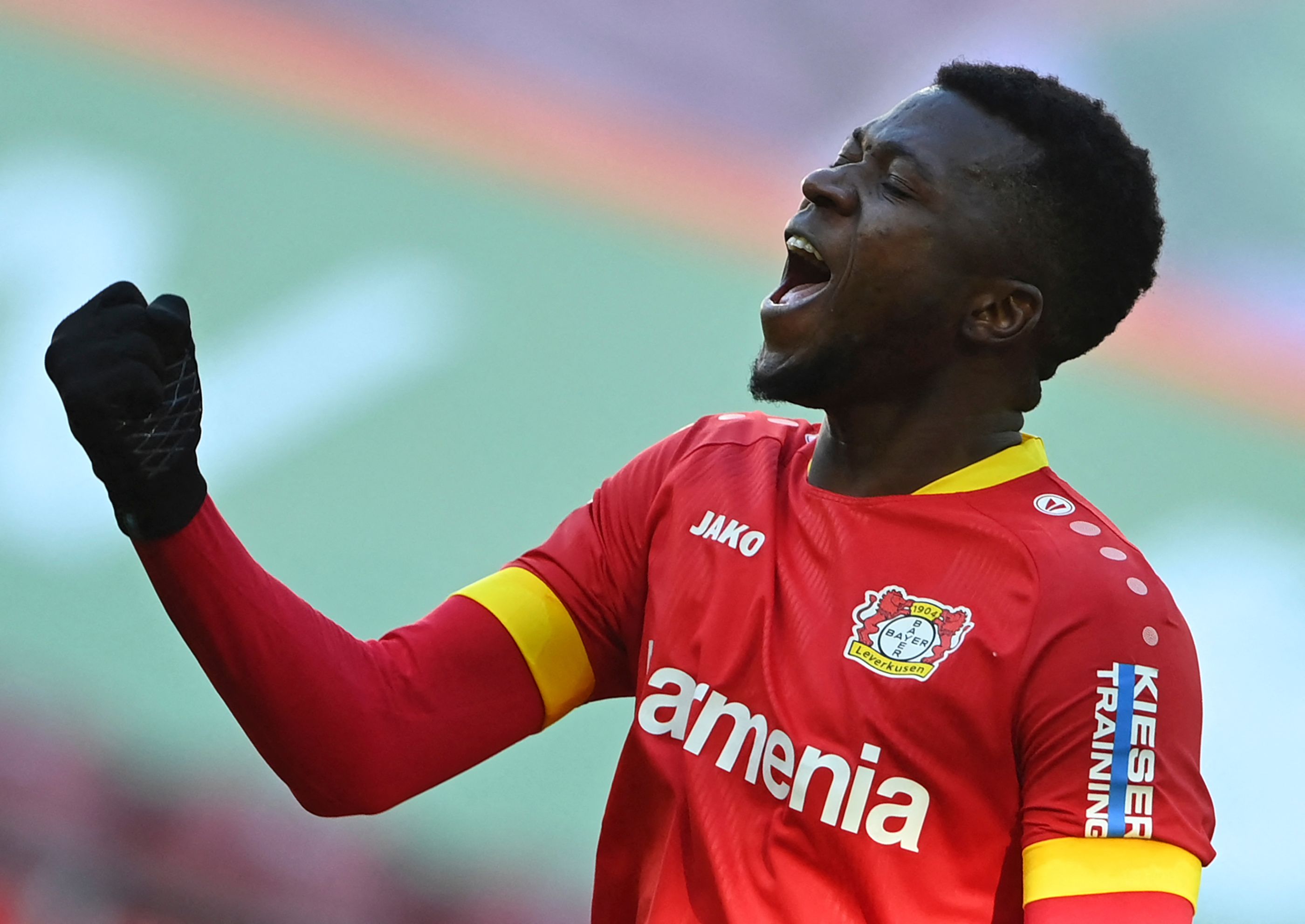 But Leverkusen insist they will not sell their prized asset unless they receive a Kai Havertz-esque offer, having shipped off the playmaker to Chelsea last year for £70million.

Tapsoba, 22, has impressed in 35 appearances for Leverkusen since his £16m switch from Portuguese outfit Vitoria in January 2020.

The Burkina Faso international has formed a fine partnership at the back with Germany ace Jonathan Tah, helping Leverkusen sit fifth in the table while boasting the Bundesliga's third-best defensive record.

But despite being handed a fresh contract extension until 2026 in December, Tapsoba has caught the eye of Europa League quarter-finalists United.

Boss Solskjaer is reportedly eager to sign a defensive partner for captain Harry Maguire, with Victor Lindelof, Eric Bailly and Axel Tuanzebe all struggling for form.

And Tapsoba has emerged as the ideal candidate thanks to his fine performances in Germany.

Indeed, the 6ft 4in giant has even likened himself to Liverpool’s Virgil van Dijk and Man City’s John Stones after blending power with silky technique.

Tapsoba said last year: “I was inspired by Stones. Van Dijk is one of the best in the world, but I also like the way Stones plays.”

However, Leverkusen’s sporting director Simon Rolfes has dampened United’s spirits by declaring Tapsoba is not for sale unless an ‘indecent’ offer is on the table.

And United may have to dig deep for a similar fee if they want to bring Tapsoba to Old Trafford.

Rolfes told Bild: “It doesn’t surprise me at all that Eddy’s qualities have aroused interest from other clubs.

“But the player is not for sale. It would take an indecently-large offer for us to change our stance on the matter.”

United have been linked with plenty of other centre-backs as they search for the next Rio Ferdinand or Nemanja Vidic.

Real Madrid’s Raphael Varane is on their shortlist, with his Bernabeu contract up in 2022.

United are also thought to be tracking RB Leipzig’s Ibrahima Konate, who a target for Chelsea boss Thomas Tuchel too.