MANCHESTER UNITED stars Aaron Wan-Bissaka and Timothy Fosu-Mensah got shown red cards on Monday — after trying to train on a private school's pitch.

The good pals, both 22, thought they would make the most of the Government’s lockdown easing by training outdoors together at Saint Ambrose College in Cheshire. 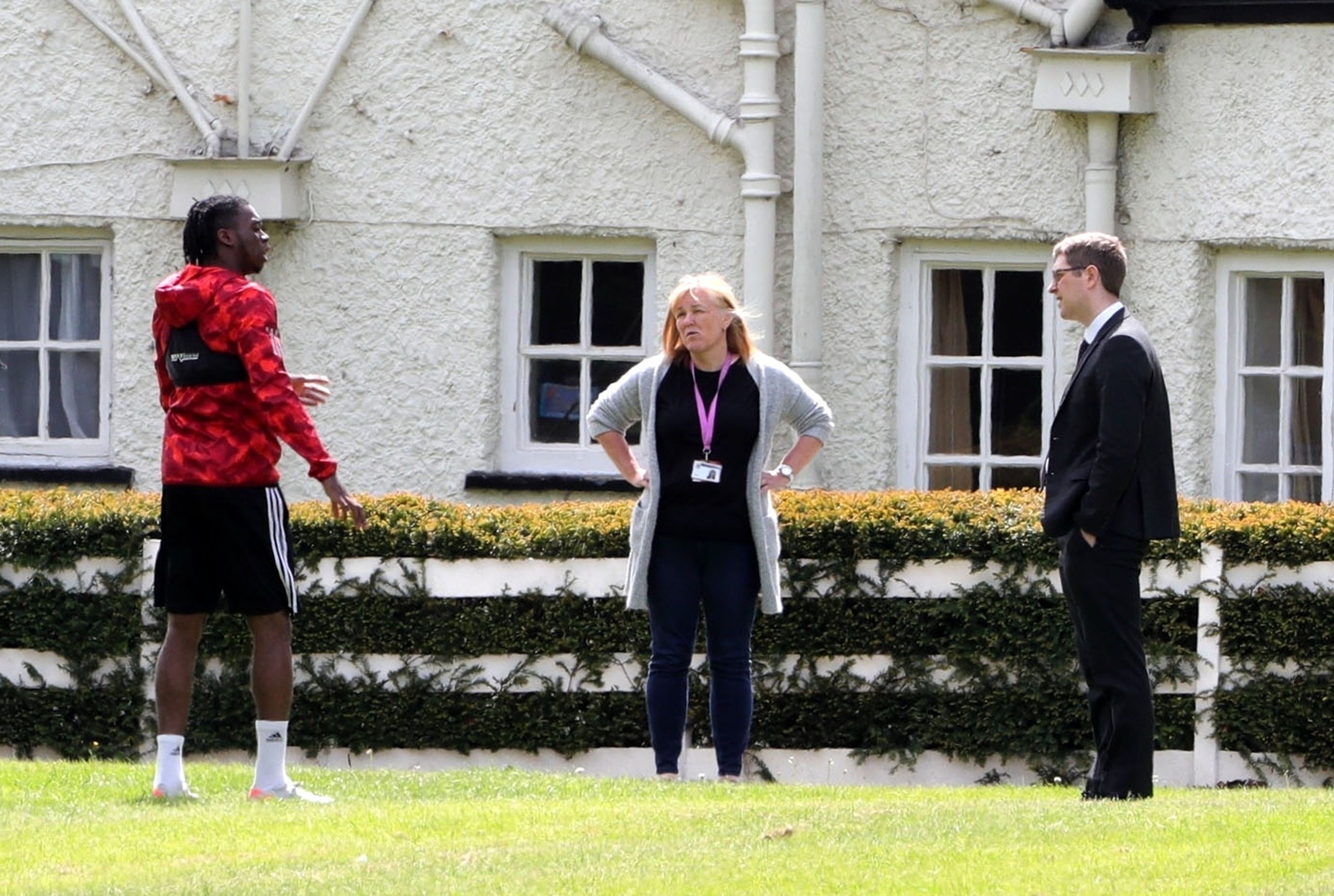 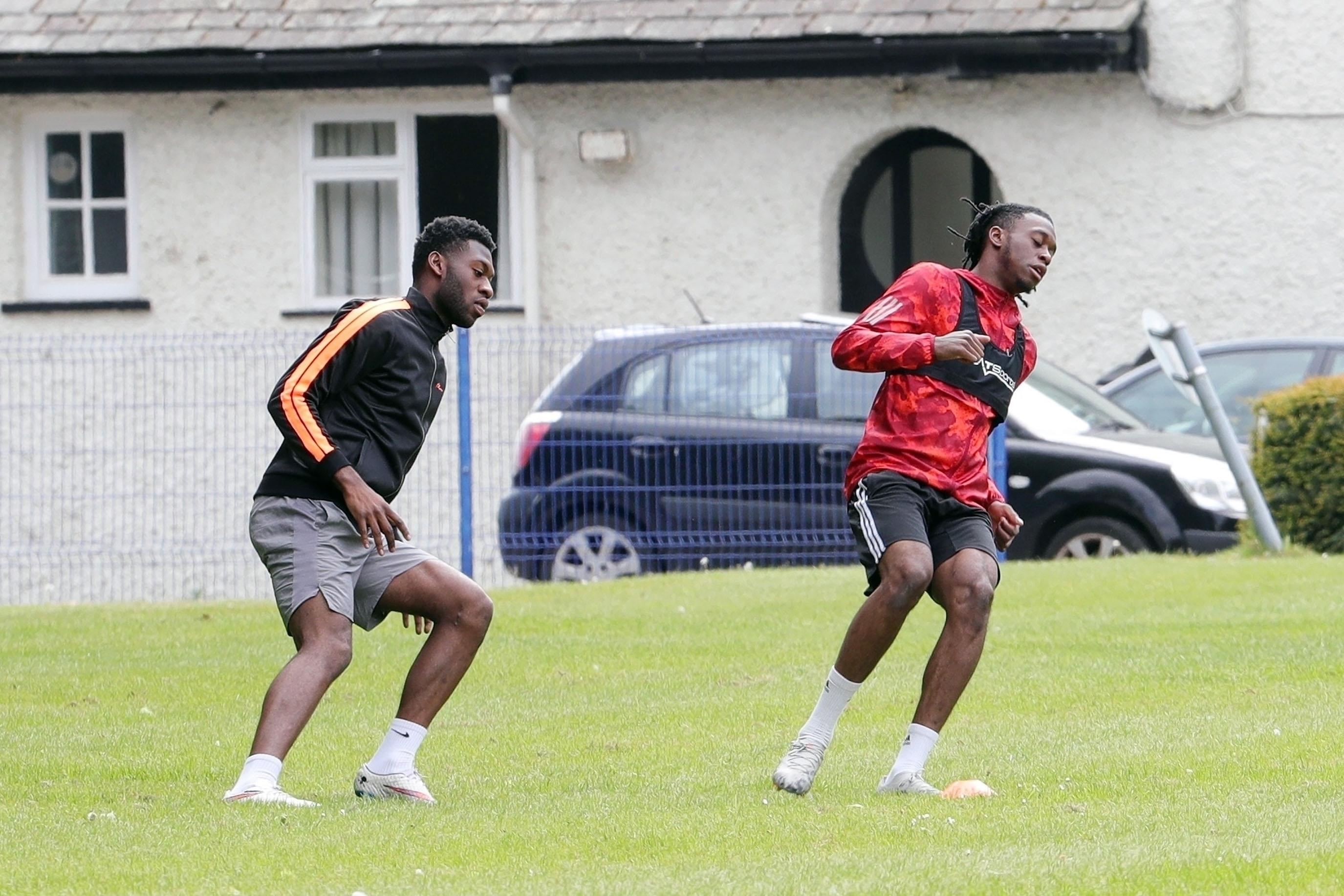 However, the new guideline on being allowed outside with one person who is not from your household does not come into force until WEDNESDAY.

Wan-Bissaka's behaviour and form has been exemplary since joining from Crystal Palace in the summer for around £50million.

But the red-faced right-back and defender Fosu-Mensah were in trouble today and told to HOP IT by college staff because they did not have permission to be there.

The duo were snapped using a football and doing keepy-uppies in between shuttle runs.

And they certainly practiced social distancing rules by maintaining the required two-metre gap at all times.

Premier League players are expected to return to training this month while adhering to new health and safety guidelines.

Officials from the league and all 20 clubs took part in a video call on Monday where medical protocols for players were discussed.

And their plans to restart the top flight were boosted by the Government's announcement that elite sport is back on the agenda from June 1, at the earliest.