MANCHESTER UNITED star Edinson Cavani is a shock transfer target for Barcelona, according to reports.

The Uruguayan striker has fallen down the pecking order at Old Trafford so far this season. 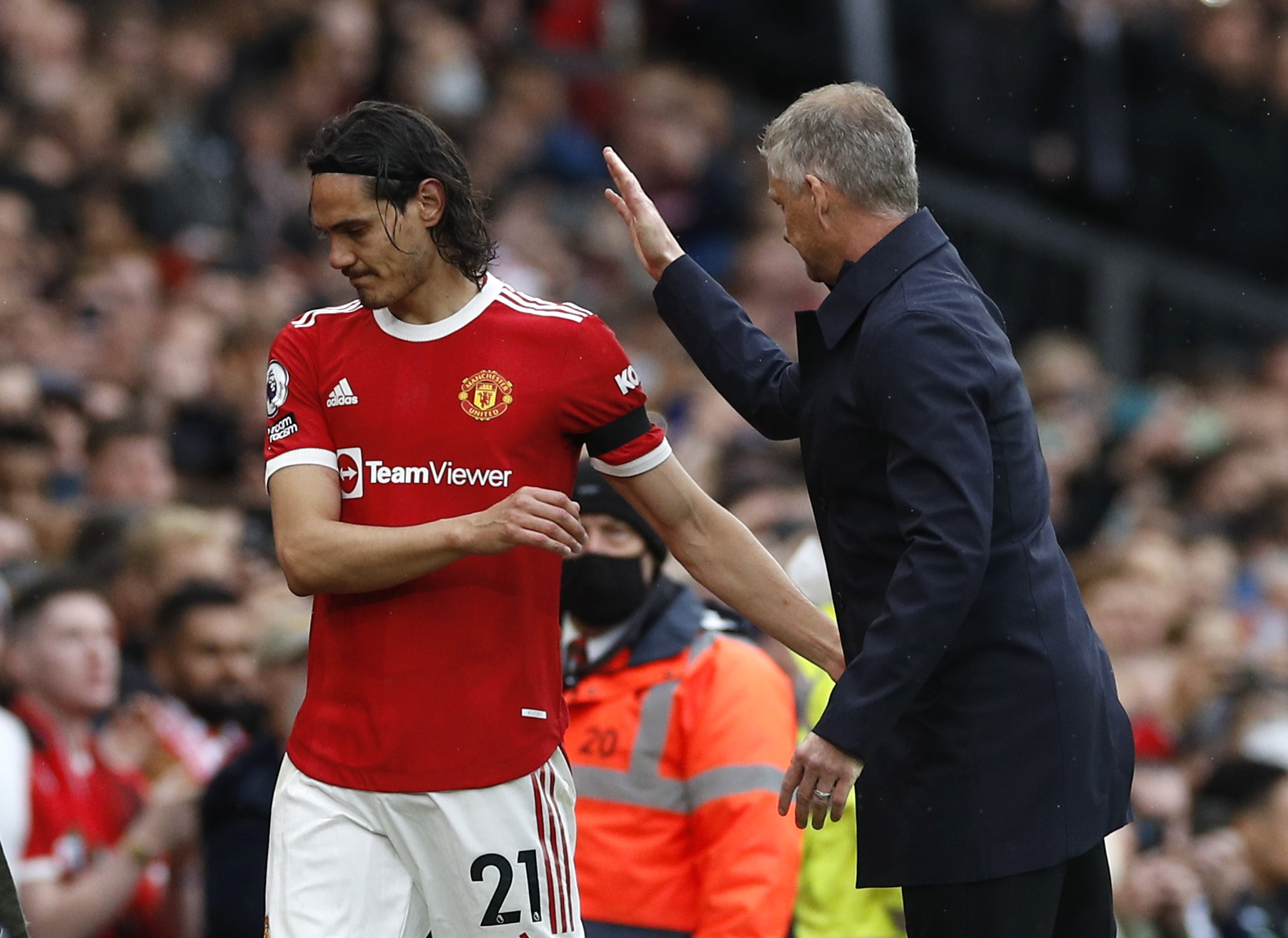 The 34-year-old is now behind Cristiano Ronaldo, Mason Greenwood and Co in Ole Gunnar Solskjaer's plans.

And Barcelona are interested in bringing him to the Nou Camp in January after a tough start to the season.

According to El Nacional, Real Madrid are also keen on the former PSG forward.

Cavani joined United on a free in 2020 and has scored some important goals for the club over the past year.

He has 17 goals and six assists in 43 appearance for the Red Devils, and is a favourite with the fans.

But with his role reduced after the arrival of Ronaldo, he could be looking for a move away.

Cavani has mostly seen action in the cup and on a rotational basis in the Premier League so far this campaign.

Barca have struggled in LaLiga, sitting down in ninth with Ronald Koeman's job in doubt.

Summer signing Sergio Aguero has not made an appearance yet, after picking up an injury after his switch from Man City.

Real Madrid would also like to have some competition up front alongside Karim Benzema.

They sit top of the league, but the Frenchman is their only reconsigned striker.

Barcelona were linked with a summer deadline day move for Cavaini, but it failed to materialise.

And with Aguero's fitness problems and Martin Braithwaite's long-term absence, a move is now in the offing.