OLE GUNNAR SOLSKJAER has launched a vehement defence of his handling of Marcus Rashford.

The England striker’s back injury could threaten his involvement in the Euros. 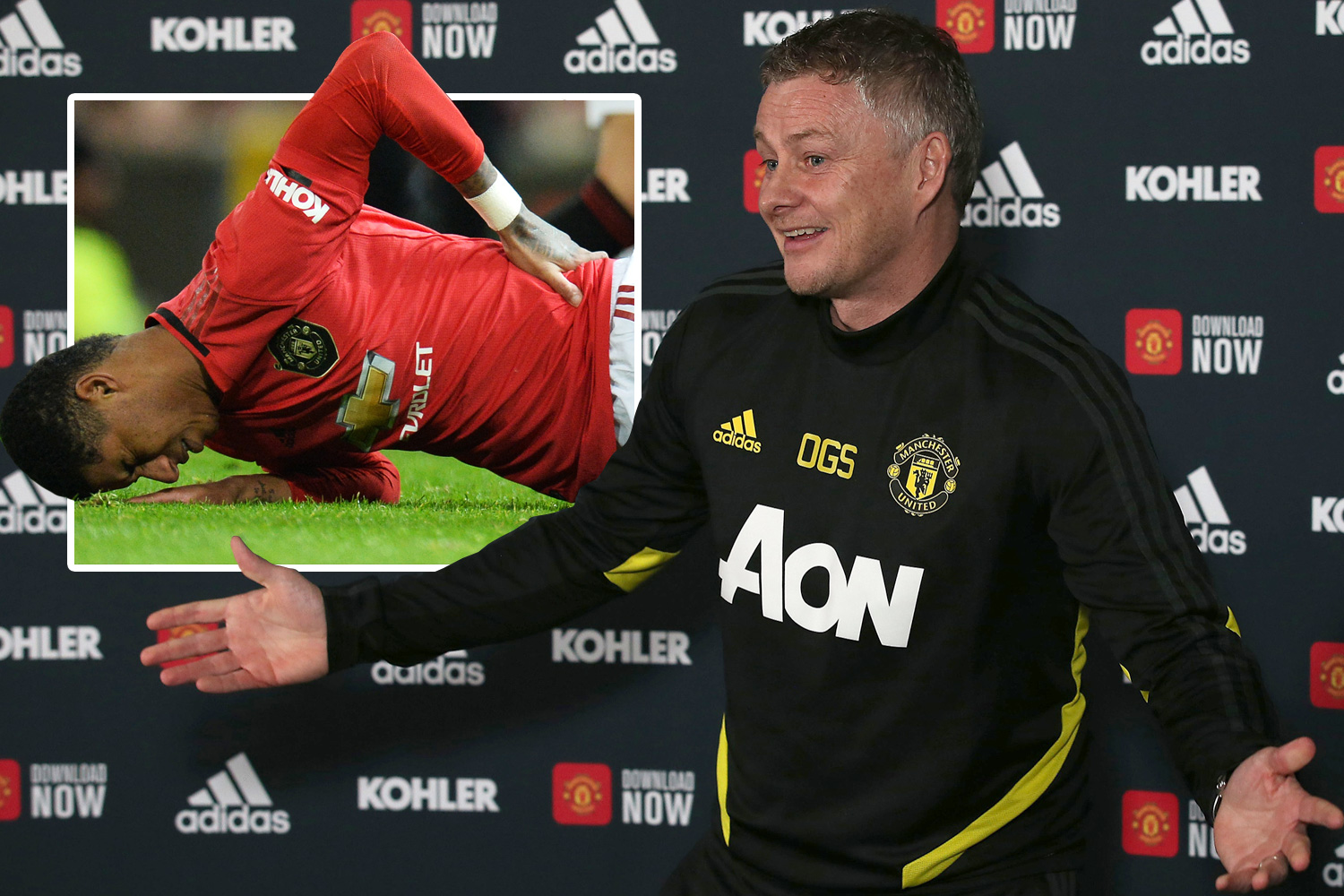 It was initially thought Manchester United’s top scorer would be out for two months after suffering a double fracture in his back.

Worryingly, yesterday, Solskjaer did not deny it could be much longer and even threaten his participation for the Three Lions this summer.

Rashford lasted just 15 minutes after going on in the second half against Wolves last Wednesday, having been subbed in the previous game against Norwich with a back problem.

It led to Arsenal legend Ian Wright – and a hoard of fans – accusing Solskjaer of thinking about himself before the player.

But Solskjaer replied: “I never put myself before the team. I always put the team and the club before anything else.”
Asked if the injury could threaten Rashford’s involvement in the Euros, Solskjaer said: “Marcus is going to get as long as he needs to get fit.

“We are not going to risk him when he has had an injury.

“I have the best medical staff in the country and I am sure when Marcus comes back he will be 100 per cent fit.”

Yet question marks remain over United’s handling of Rashford, 22.

Solskjaer admitted after the third-round FA Cup replay against Wolves that the decision to bring Rashford on had “backfired”.