ELLA TOONE fired a warning shot to WSL big guns Arsenal with a late strike to send Manchester United to the top of the table for the first time ever.

Credit to Casey Stoney who has only had TWO YEARS to build a title-chasing side since the club was reformed after a 13-year hiatus. 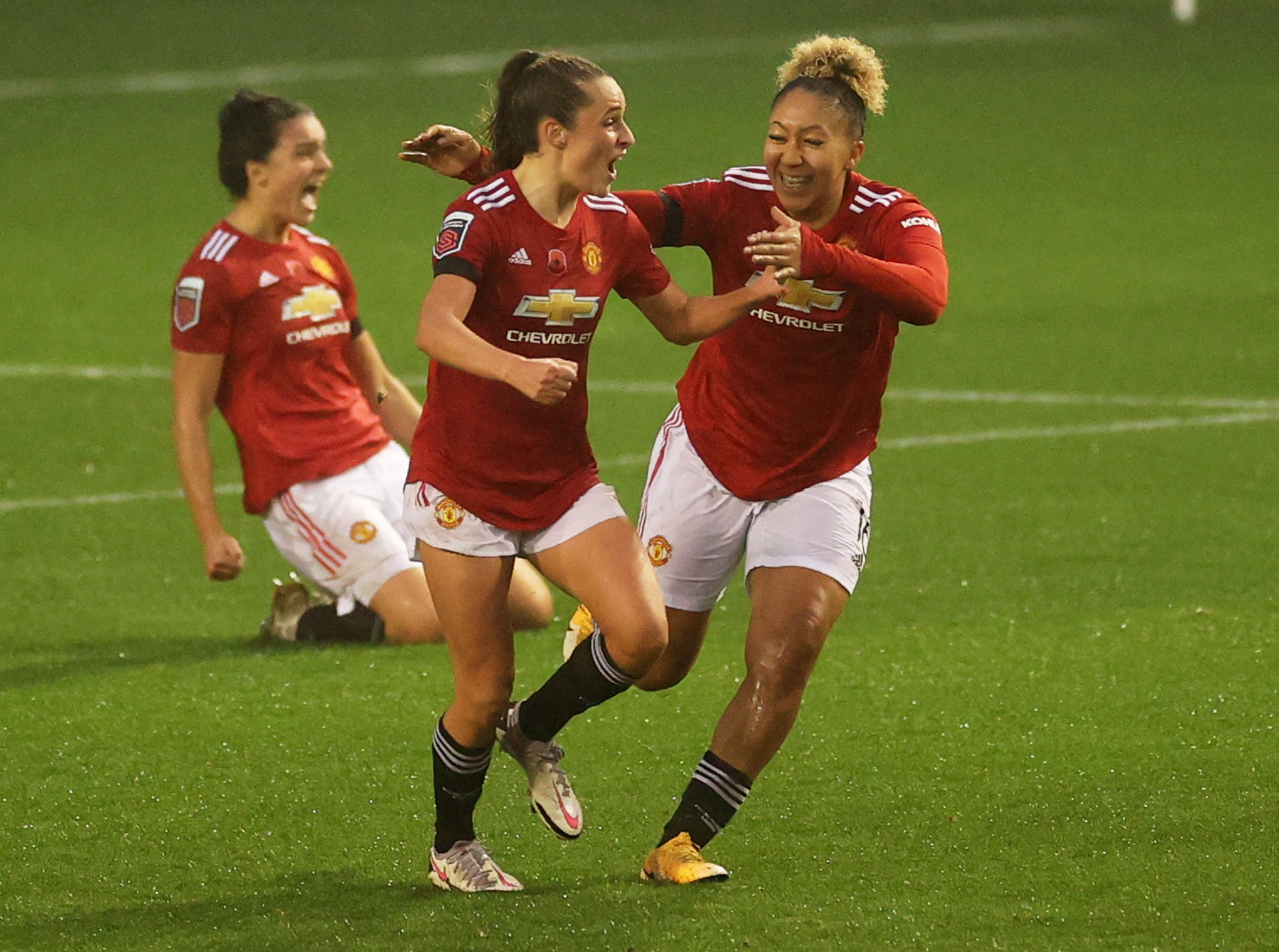 Whereas the North Londoners have been flying high in the women’s top-flight for over three decades.

The Red Devils had to wait 83 minutes to get the opener at the Leigh Sports Village – but it was enough to maintain their unbeaten start to the WSL campaign.

The breakthrough arrived after speedster Jess Sigsworth charged down the right flank and unselfishly squared to whizkid Toone, 21, who sent a low drive, curving beyond Manuela Zinsberger.

“It’s up there with one of the best goals I’ve ever scored because of how big the game was.

“We put a marker down and showed what we’re about and that we can compete with big teams.”

The hosts had the first sniff, thanks to USA World Cup winners Tobin Heath and Christen Press, in what was a cagey first-half.

Heath’s inch-perfect cross was met with a brilliant half-volley from her compatriot, but she flashed it just over the woodwork. 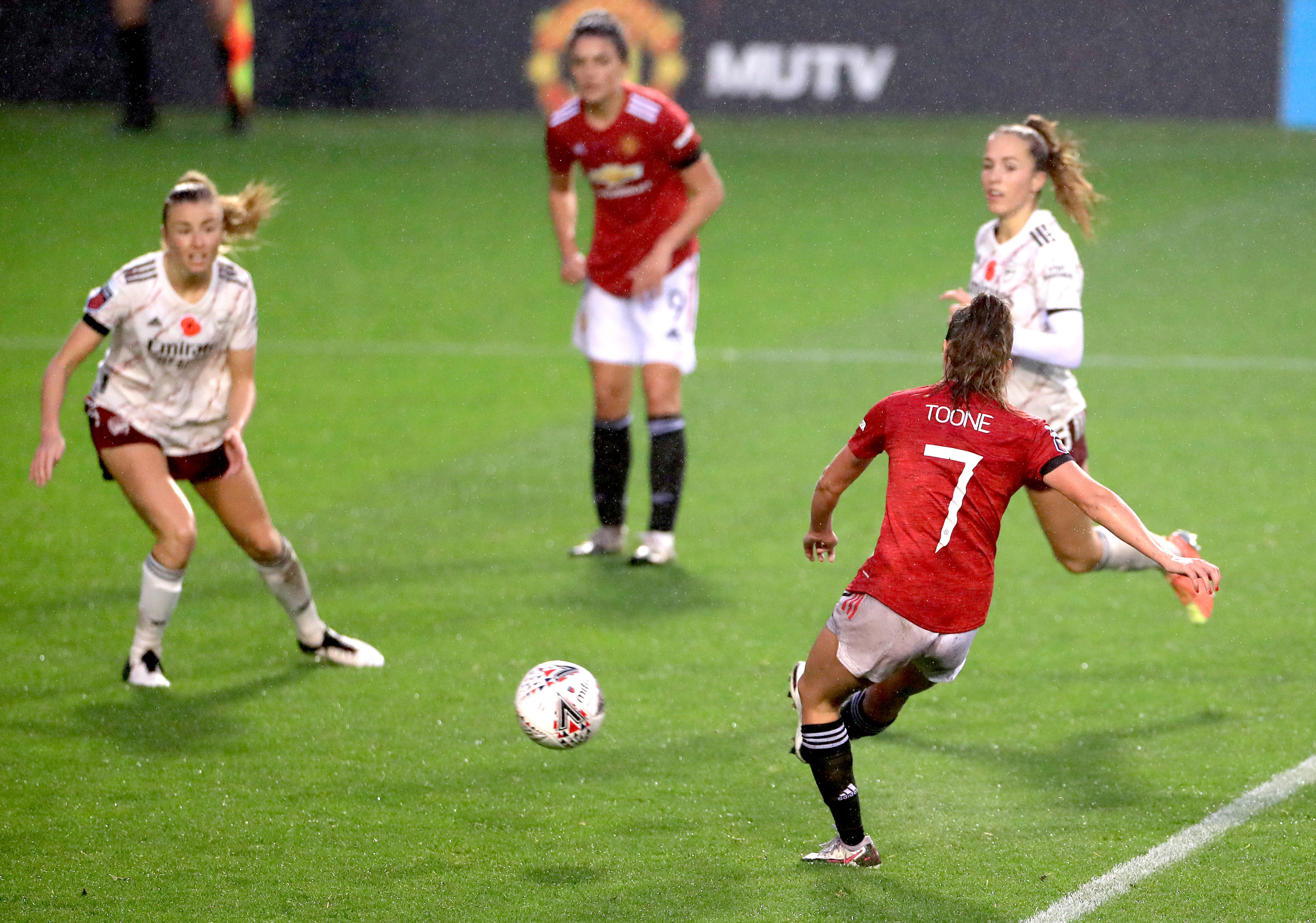 Press hit back again, and this time with more precision as she stung the foot of Zinsberger, with a fierce, low drive.

Sigsworth came on after the break and injected some oomph into the game.

The Red Devils ace charged down the right flank and teed up Jackie Groenen who tipped a header just wide.

The visitors were let off when Lotte Wubben-Moy escaped with a yellow for a crunchy, leg-breaking, challenge on Leah Galton.

As the clock was ticking, Katie McCabe stood over a dangerous free-kick, but cracked it straight into the wall.

Neither side had lost in the league coming into the game – but finally in the closing stages Toone delivered the goal that the game had been crying out for.

Dejected Arsenal boss Joe Montemurro said: “I’m not going to make any statements on being overtaken

“There seems to be an indication that we are dropping out of this elite group. I’ll let the media write about that in the way they want to.

"We will go into our next game not giving it our all.”

Stoney added: “It’s a big win for us but obviously beating Arsenal is important, but it’s one game I don’t let the players enjoy It for too long to be honest!

“Our aims haven’t changed, we're trying to be in and around that top three to qualify for the Champions League.”