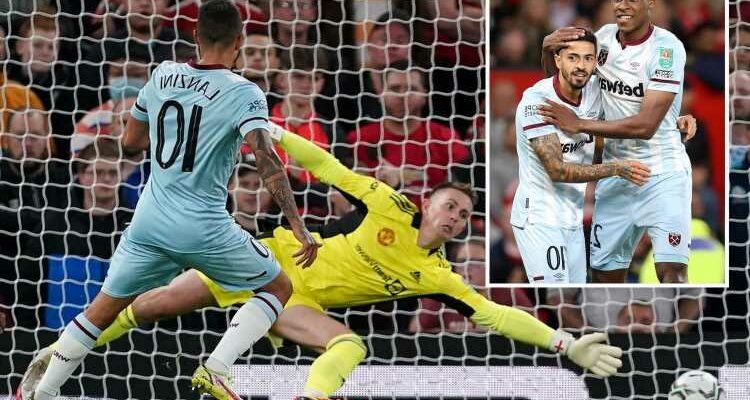 REVENGE for West Ham United. For David Moyes a first win as an away coach at the club that unceremoniously sacked him after just ten months.

For Manchester United more Cup woe. Ole Gunnar Solskjaer goes on about the importance of a first trophy for this new team under him. 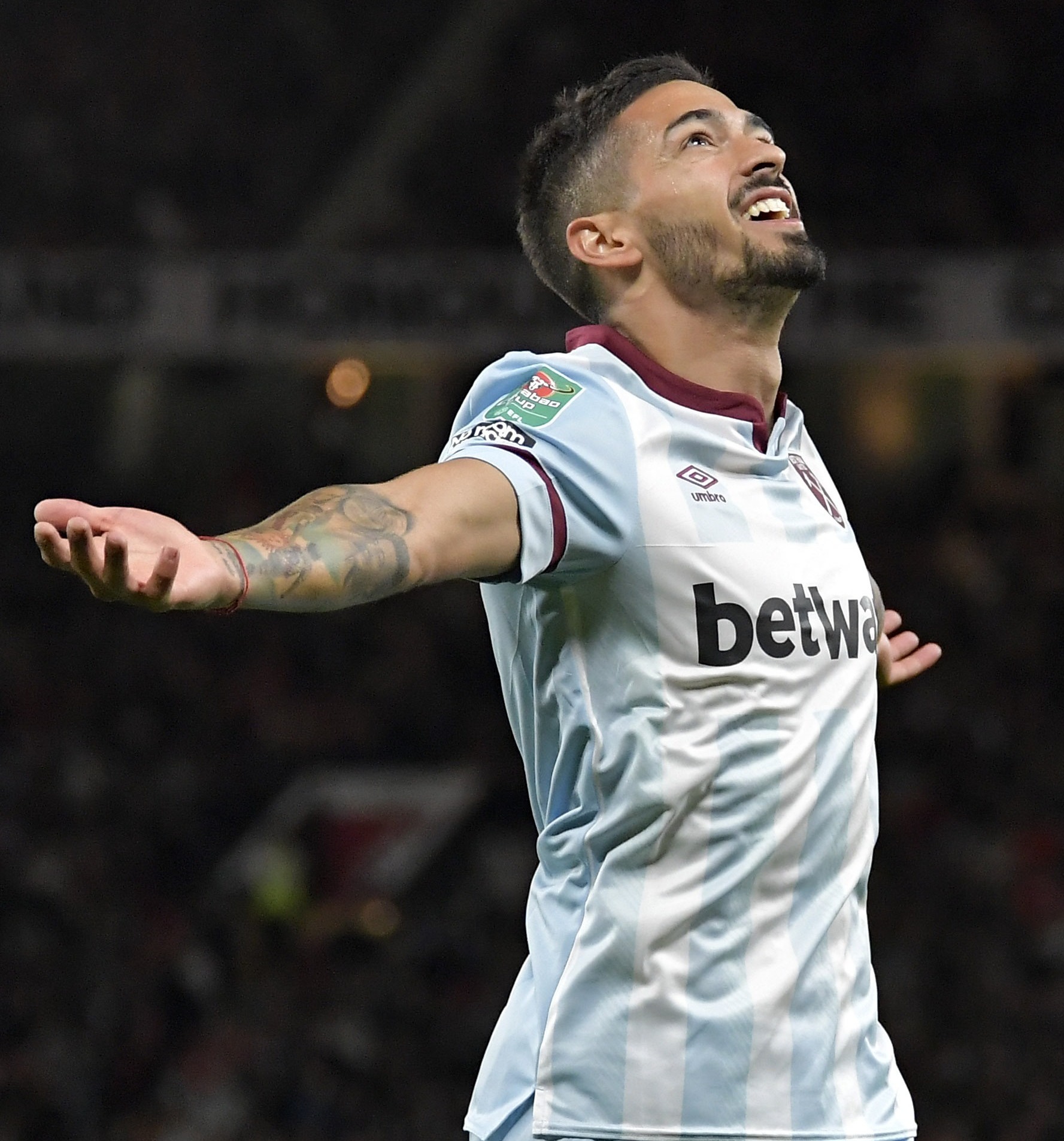 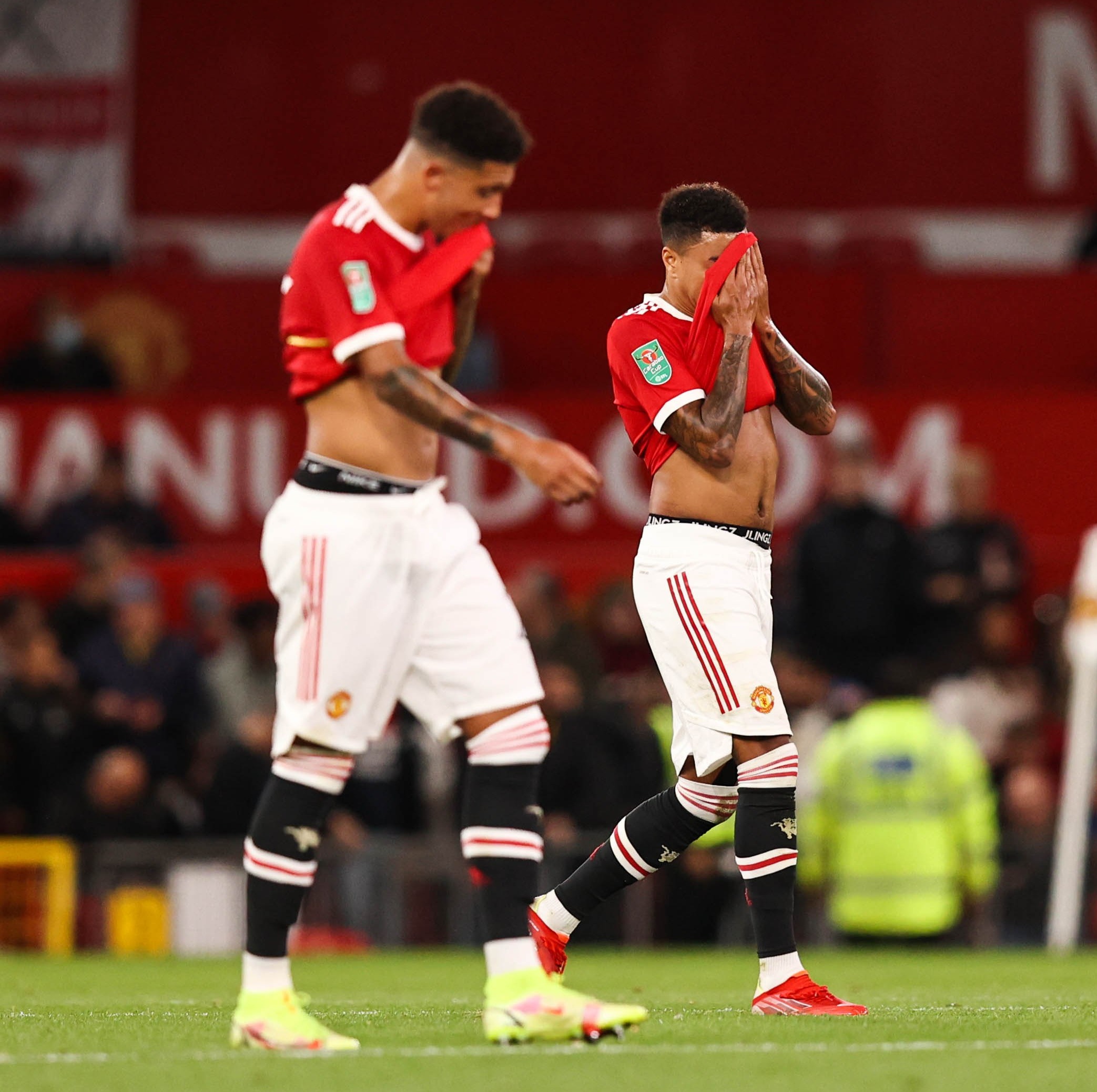 After five semi-finals and one final they were at least knocking on the door.

Now in this season’s Carabao Cup, the easiest one to win, they have been turned away at the front gate with this third round exit.

The victory may not mean as much for Moyes as the three points lost when these two teams met on Sunday, it will still have tasted very sweet.

Manuel Lanzini’s ninth-minute strike was the difference although the home side will point to a very valid penalty claim turned down soon after. More of that later.

Only Jarrod Bowen survived from the two starting elevens that faced each other last Sunday.

But there was no lacking in the entertainment for all that in a cracking game.

The changes afforded Dean Henderson his first start in goal for the Red Devils since long-Covid wrecked his start to the season.

To think he would have started the campaign ahead of David de Gea had he been ok.

Now after De Gea’s fine start to the season he is very much the number two again and will be looking for a loan move to get first team football in the New Year.

It was De Gea of course who produced the injury time save from Mark Noble’s penalty spot at The London Stadium on Sunday.

That came just moments after Jesse Lingard had produced what proved to be the spectacular winner against the club he helped into Europe on loan last season.

Now he is back at United and last night started his first game for them since the 1-0 win over Watford in the FA Cup in January.

What a performance he put on as well before a full house and the biggest crowd in this competition at Old Trafford in five years.

He was undoubtedly the home side’s biggest threat going forward and deserved a first half penalty.

The fact that VAR is not used until the competition’s semi-final stage undoubtedly denied him when in the 12th minute he turned Mark Noble who pulled his shirt causing him to go down.

Noble who came on to take the last-gasp penalty on Sunday and missed it, breathed a huge sigh of relief.

By that stage West Ham had gone into the lead with a cracking goal. 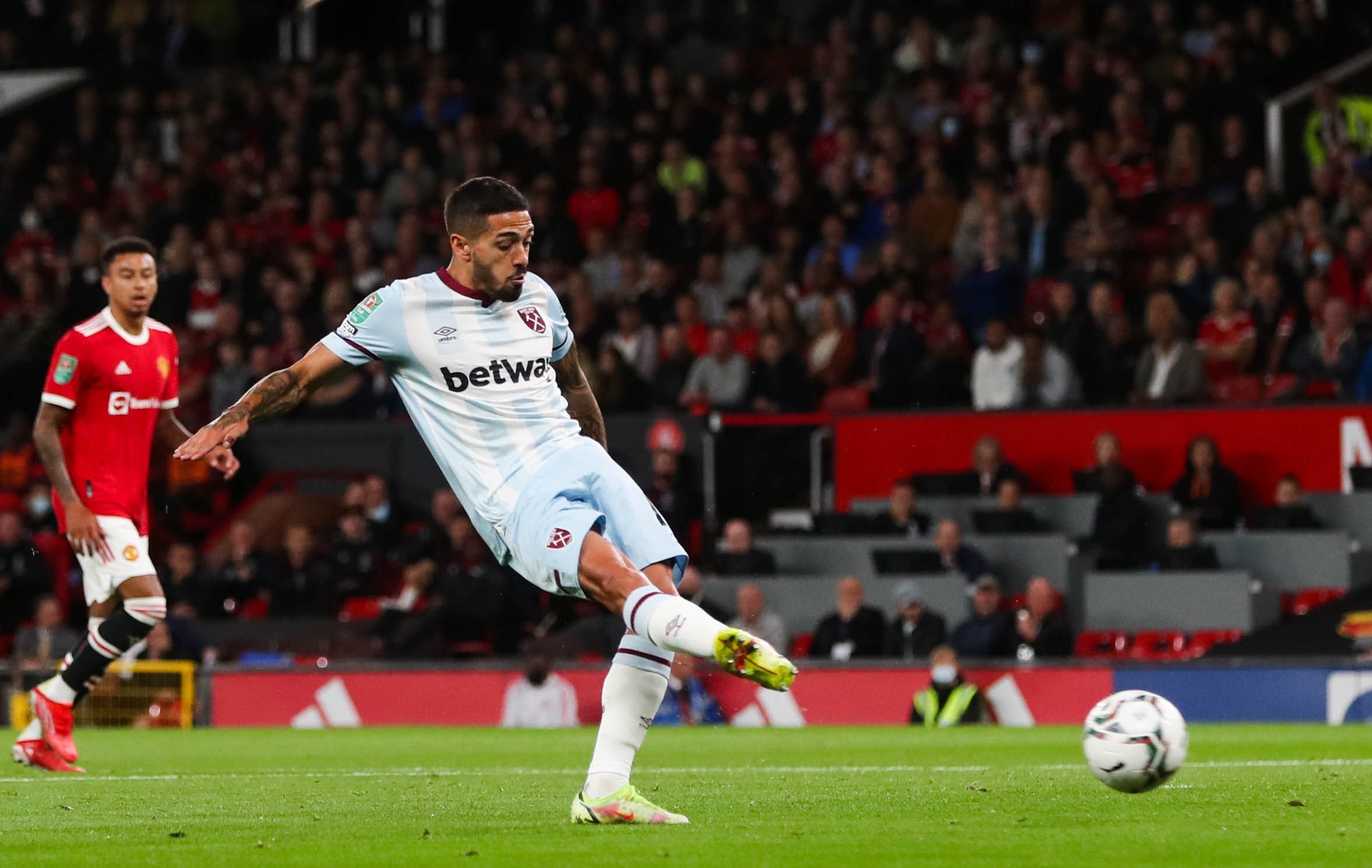 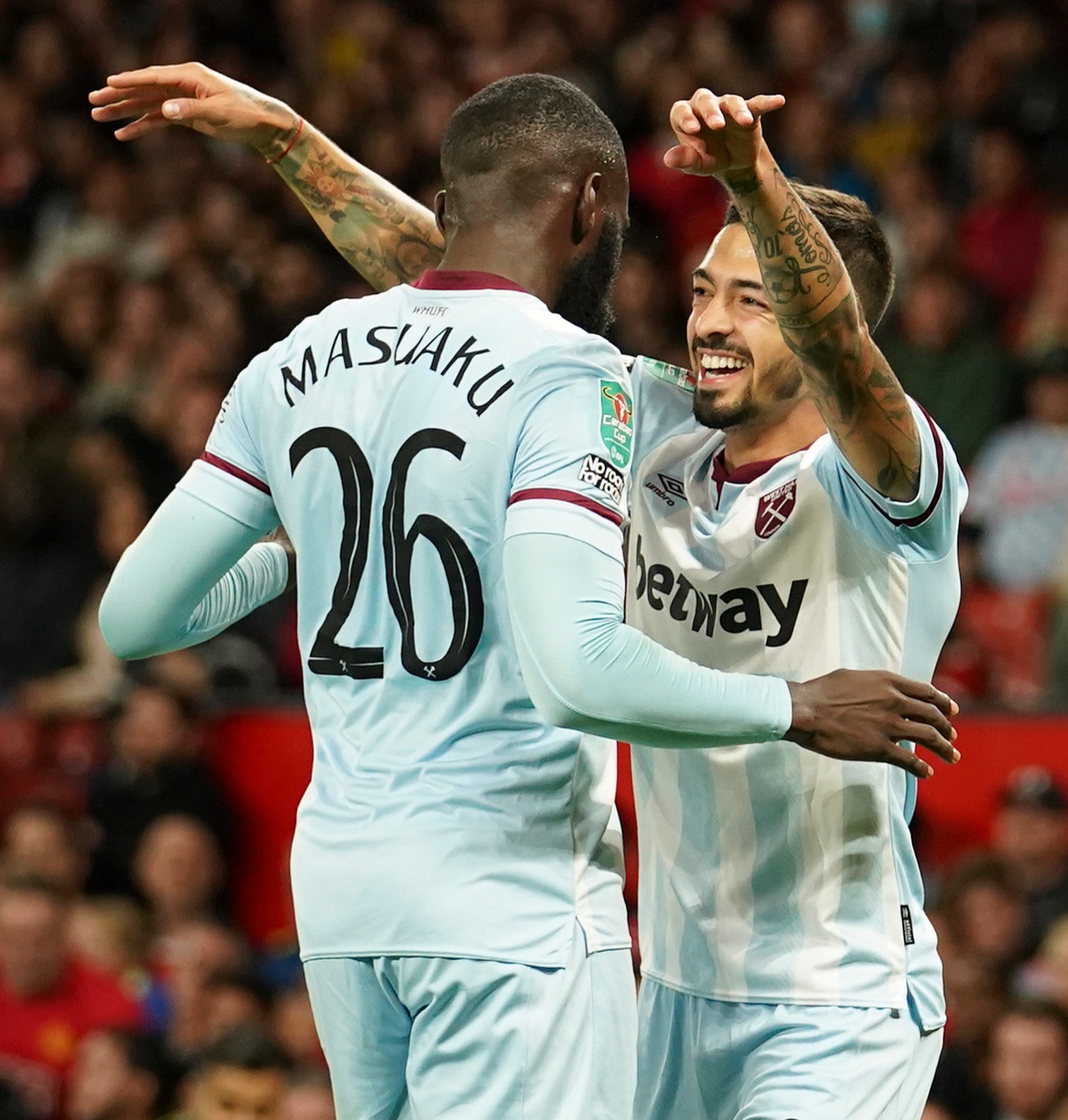 Ryan Fredericks nutmegged Alex Telles on the right and charged to the byline pulling the ball back for the unmarked Manuel Lanzini to side foot into the far corner.

Unfortunately for Fredericks he injured himself in setting the goal up and would go off shortly afterwards.

There was a real slick pace to the game and captain for the night Nemanja Matic went charging into the box before slipping a ball to Anthony Martial.

Unfortunately Martial’s scoring boots have long since gone missing and he clipped a shot well wide of the far post.

He has now scored in one of his last 24 appearances for United when he hit a pair in the 9-0 destruction of Southampton here last February.

Juan Mata came close to a spectacular equaliser when his own corner came back to him and his shot from a tight angle was flicked away by Hammers goalkeeper Alphonse Areola.

There were no changes at the break but as the clock ticked past the hour mark with the score the same Solskjaer knew he needed more fire power.

There was no Cristiano Ronaldo on the bench but there was Mason Greenwood and on he came for Mata.

Within a minute he almost had the Red Devils level.

Donny van de Beek found him with a superb chipped through ball that Greenwood controlled and despatched in one movement only for Areola to save with his legs.

United then broke with Telles finding Jadon Sancho who charged forward and squared for Lingard but his shot was charged down.

It really was 100mph stuff, back and forth, that had the crowd enthralled.

More reinforcements were called for from the bench by Solskjaer with Bruno Fernandes and Anthony Elanga brought into the fray.

Although quite why the totally ineffective Martial stayed on the pitch and the excellent Lingard came off in the 72nd minute swaps was unclear.

Some of the fizz went out of the home side with his exit.

In fact West Ham came closest to adding to the score sheet when Andriy Yarmolenko bit the post with four minutes left.

Then Henderson came to the rescue when Noble was clean through.

He saved again one handed at his near post when Bowen had a shot.

West Ham finished much the stronger. For the Hammers, redemption for Sunday’s last gasp heartbreak.