The Citizens had been rapped by Uefa's club financial control body (CFCB) back in February and slapped with a two-year suspension from European competition and £25m fine for breaching Financial Fair Play rules. 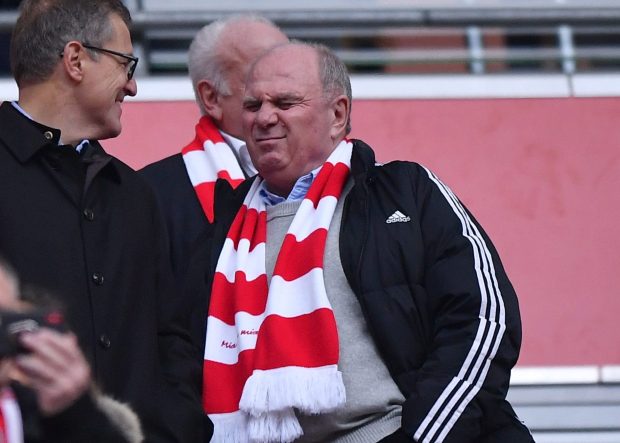 But City scored a major victory by winning their audacious appeal.

The Court of Arbitration for Sport verdict cleared the club of Uefa's charge of "disguising equity funds".

However, they did agree that City had obstructed the investigation and thereby ordered them to pay a fine of £10m, rather than £30m.

Hoeness reckons the decision undermines UEFA's rules and he has blasted the governing body's defence of the sentence.

The 68-year-old told DAZN and Goal: "When I read the reasoning by the international sports court CAS why it withdrew this sentence, I have to ask myself what all this is about,

"Ultimately, UEFA's reasoning was simply weak. In principle, the CAS saw it the same way, but did not provide any solid evidence of Manchester City's behaviour.

“If the judges at CAS have come to the conclusion that UEFA did a poor job, one need not wonder what the result is.

"The verdict was a clear slap in the face for UEFA. We still have to do with Manchester City – and the club can't help it if things are poorly prepared.”

Hoeness risks infuriating the Citizens again, given that the Manchester giants were angry at the way Bayern used the German media to turn the head of the Leroy Sane.

Last summer they sent an angry letter to the Bundesliga giants to blast their courting of the 23-year-old, resulting in an apology.

But the Bavarians finally got their man and agreed a £54.8million deal at the end of June, having chased the speedster Sane for months.