PEP GUARDIOLA will be without defender Aymeric Laporte for several weeks after he underwent surgery on a meniscus injury.

But the Manchester City boss was relieved the French defender has not become the latest of his stars to suffer a cruciate ligament problem. 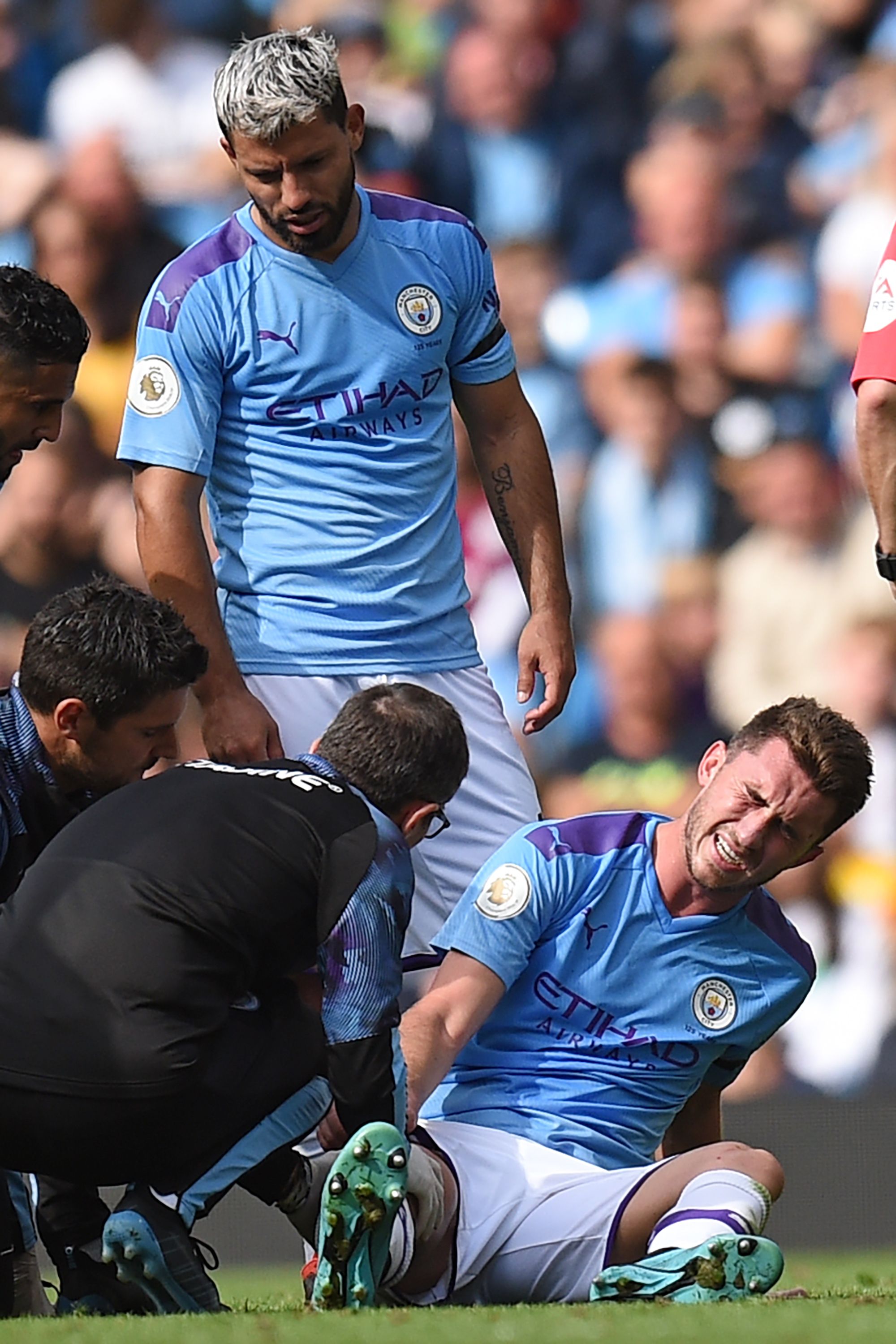 The £57.5 million man was stretchered off during the first half of the clash with Brighton on Saturday after fouling Seagulls star Adam Webster.

Laporte received a yellow card for the challenge but came off worse – needing several minutes of treatment.

City's medical team carried out tests before they sent him to Barcelona to be seen by Guardiola's preferred specialist Dr Ramon Cugat.

The surgeon to the stars has operated on countless footballers over the course of a long career, including Xavi, David Silva and Guardiola himself.

He has already operated on Laporte as well and the player will begin his rehab immediately – with recovery from such an injury normally taking around three months.

City said in a statement: "Aymeric Laporte has undergone surgery on his knee and after damaging his cartilage and lateral meniscus during Saturday's win over Brighton.

"The surgery was carried out by Dr Ramon Cugat and was successful. A more detailed prognosis will be provided in due course."

Fernandinho and Kyle Walker could be asked to stand in on occasions while the manager is also keen to blood youngster Taylor Harwood-Bellis and Eric Garcia.