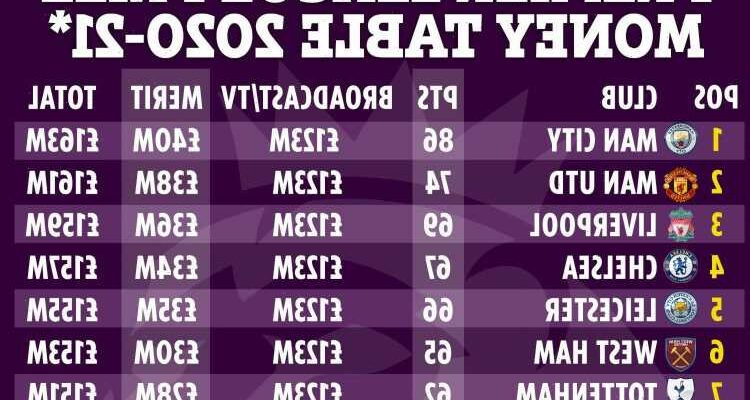 But while their output on the pitch increased this season, their prize money actually went down. 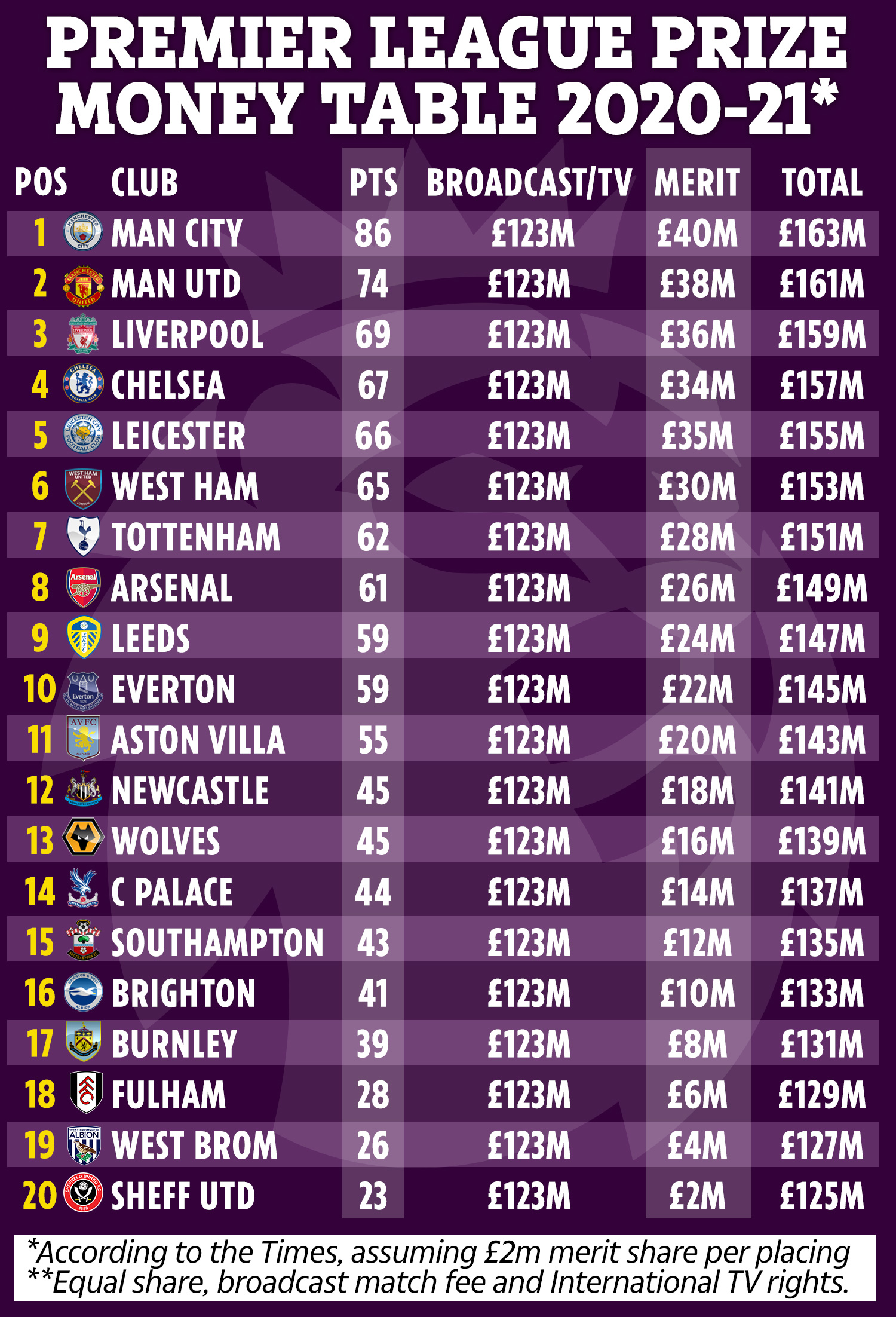 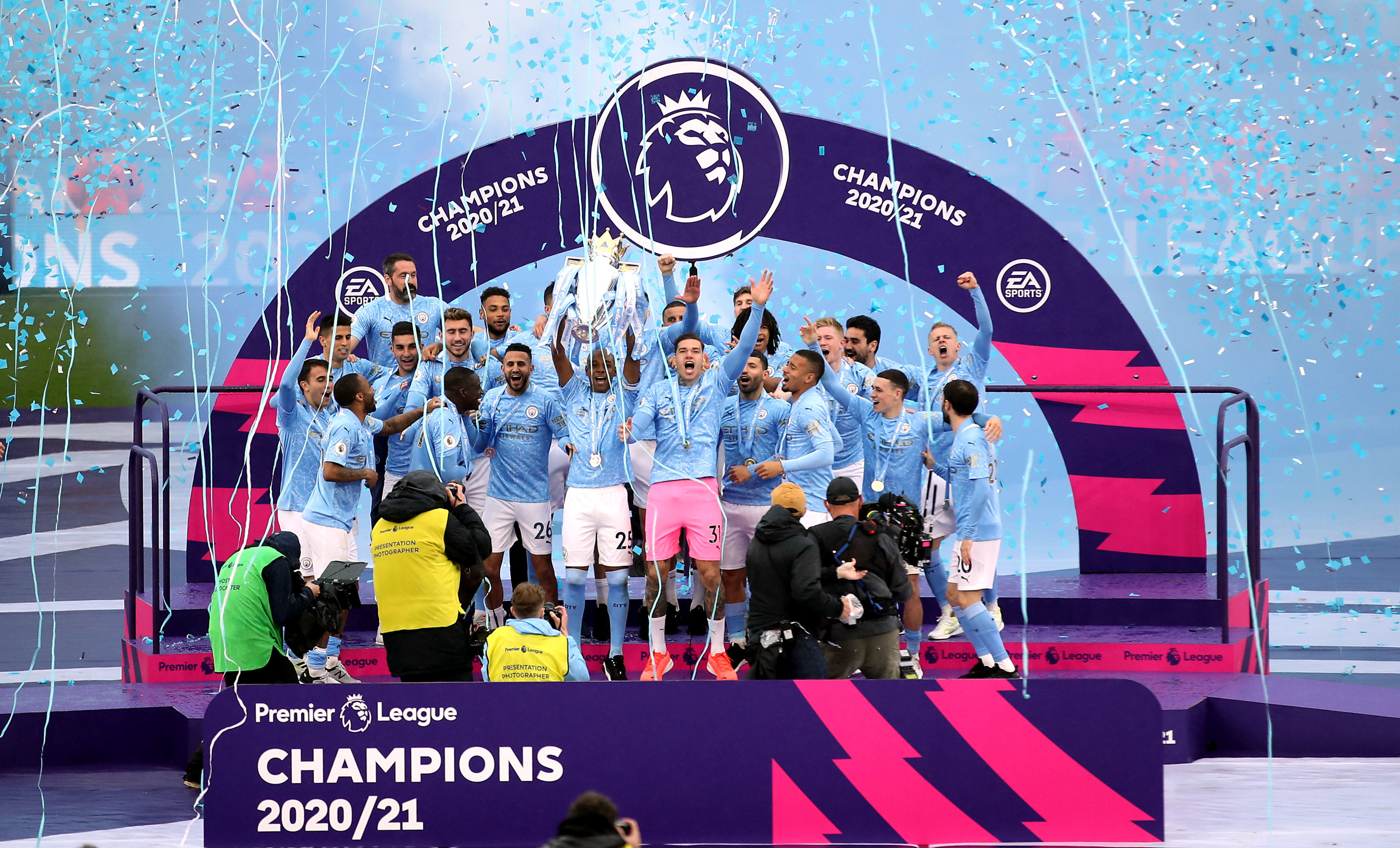 According to The Times, City chiefs bagged £163million for their efforts this season.

This figure is made up of their £123m 'equal share' payment afforded to every club in the Premier League this season.

And then a further £40m for winning the title, while runners-up Manchester United pocketed £38m, meaning their overall total was £161m.

And even City themselves were awarded more last year despite only coming second, having pocketed £175m in 2019-20.

The changes this season narrowed the gap between what was earned by the teams at the top and the bottom of the division – with many clubs feeling the pinch of the coronavirus pandemic.

Last season there was a £79m gap between the £177m handed to champions Liverpool and bottom-placed Norwich's £98m.

While this year, that gap has shrunk to £38m, with bottom dwellers Sheffield United earning £125m compared to City's £163m. 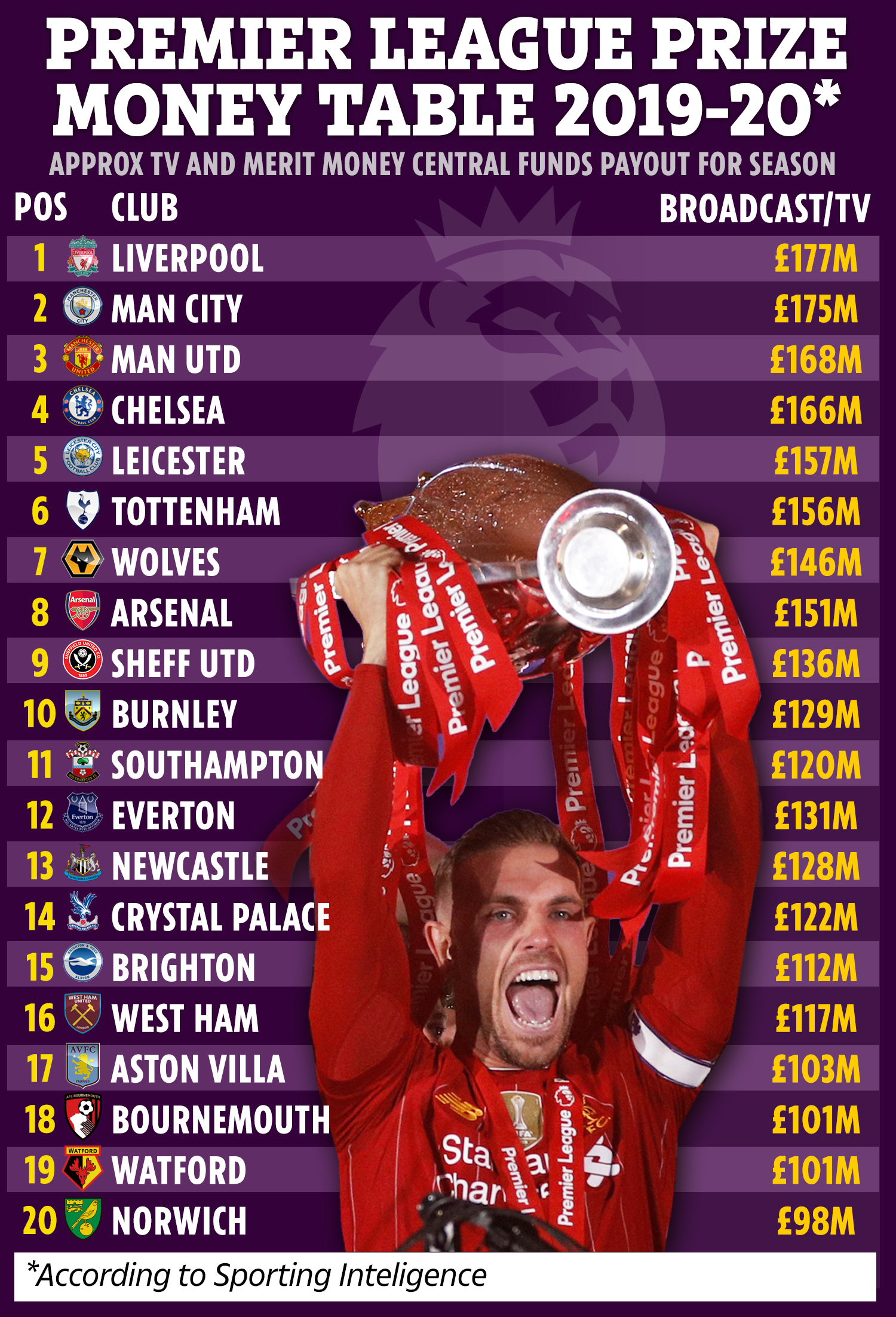 In fact, Sean Dyche's Burnley earned more for coming 17th this year than they received for coming tenth in 2019-20.

The Clarets received £131m for narrowly avoiding the drop this time around.

While they only received £129m for last year's top half finish. 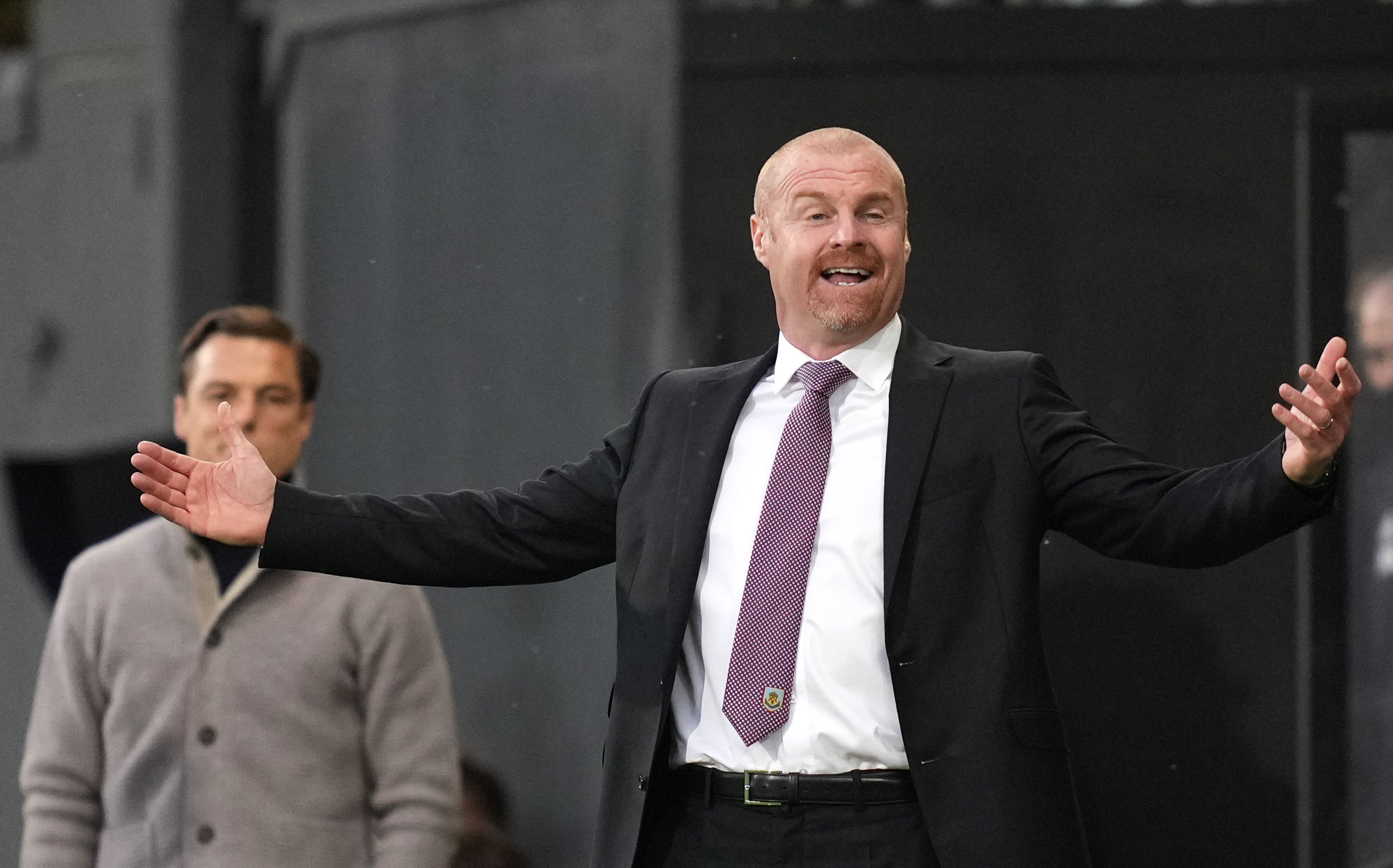