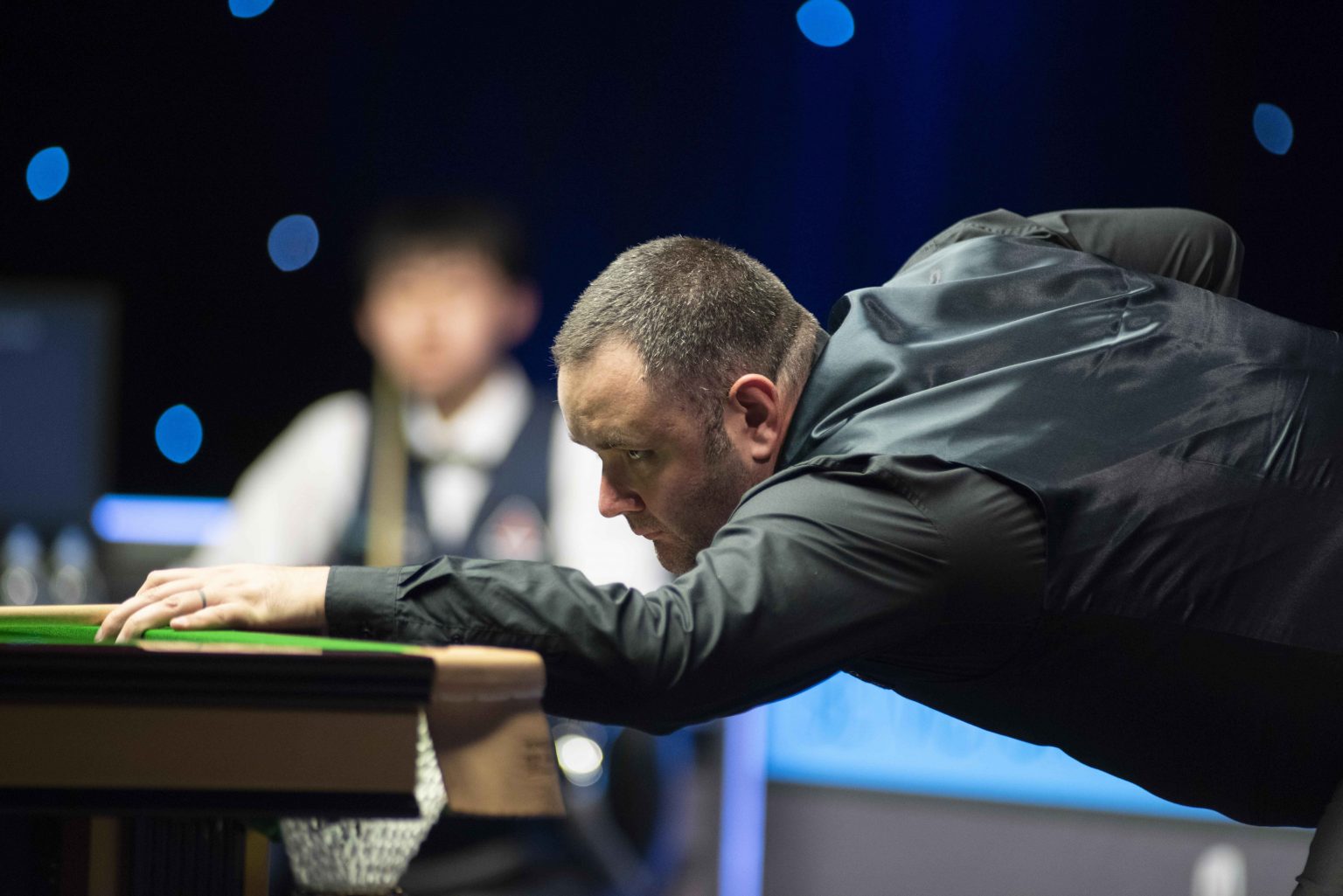 Stephen Maguire is playing ‘without a doubt’ the best snooker of his season this week at the Welsh Open and, while he can’t explain his form, his drive to compete is fueled by his absolute disgust of losing.

The Scot has turned in a string of fine performances at Celtic Manor, with his 5-4 win over Shaun Murphy in the quarter-finals especially memorable.

The 39-year-old had knocked in breaks of 105, 84, 55 and 90 as the match reached a deciding frame and he stepped up to make a 133 clearance to progress to the semis, where he meets Jordan Brown on Saturday.

It has been a very quiet season for Maguire, not going past the third round of a ranking event before this week, but it has clicked into gear in Wales, not that he knows why.

‘Without a doubt this is the best I’ve played all season and I seem to be getting stronger as it goes on, which is a nice feeling,’ Maguire said after beating Murphy. ‘So hopefully tomorrow I can play better.

‘I haven’t got a clue why, I honestly wish I knew.

‘I think me and Shaun…most of our games have been pretty good. He’s gubbed me, he’s whitewashed me, I’ve whitewashed him, but it’s not very often we scrap it out.

‘If one of us plays well and the other one’s off then it’s a bashing. If we both play well then it’s like this one, I think we bring out good snooker when we play each other. He plays so attacking and I like to go for ’em. It was enjoyable, very enjoyable.

‘I’m just winning matches, I’m getting wee splits here and there, which hasn’t been happening. That’s why I’m knocking in breaks because when you get in the balls and they split, players should make breaks. When they don’t split, that’s when the game’s tough.’

Clearly in a great place with his game, Maguire said after beating Matthew Stevens in the second round: ‘For a best of seven, I think I missed two balls that I remember, everything else went in, so I’m happy. It’s probably the best I’ve ever played in my life, I don’t play like that.’

A six-time ranking event winner, Maguire is still more than capable of adding a lot more trophies to his collection, but it isn’t necessarily winning that motivates him, rather than avoiding the bitter taste of defeat.

‘It’s more hunger that I despise losing I just hate losing,’ he told reporters of his motivation in the game. ‘I think that’s what drives me in matches more than thinking about titles and stuff.

‘When I’m out there I just can’t stand getting beat, that’s how I look at it.’

Maguire booked his spot in the semi-finals before Jordan Brown pulled off a shock victory over Mark Selby in his last eight contest.

The Maverick was happy to admit that he would rather not take on three-time world champion Selby in the final four, but knows he will have it tough against Brown as well, with the Northern Irishman riding the crest of a wave in his first ranking semi.

‘Everybody wants to avoid Selby, he’s very good,’ said Stephen. ‘But if Jordan gets to a semi-final he’ll be a dangerous man trying to get to that maiden ranking final. Whoever it is I’ll show up and I won’t change my game, that’s for sure.

‘If it’s Jordan it’ll be a hard match because he’s fighting for that final, it’s a big match for him. He could come out all guns blazing.

‘I do remember my first one, in Malta [2004 European Open] my first semi-final and I was buzzing and it hit me the right way, I went out and potted everything, so it can happen.’

So poor has been Maguire’s season so far that he needs to reach the final in Newport to make it into the Players Championship next week as that would take him into the top 16 on the one-year list.

This prospect was unlikely enough for him not to be thinking about it when he arrived in Newport, so Maguire is not adding any more thought to it now, although his attention will have to turn to his wardrobe if he has to go straight to Milton Keynes from South Wales on Monday.

‘I’ve not even thought of that. I don’t know. All you do is sit in the hotel room anyway, what do you need clothes for?’ Maguire said.

‘It doesn’t put any more pressure on it. I’d take it because I knew coming down here I’d probably have to win the title so I wasn’t expecting it.

‘I was resigned to the fact I’d probably have a couple of months off. But I’ve gave myself a shot and I’ve played better than what I thought I was going to play, so even if I get beat in the semis I can take a lot out of this tournament.’