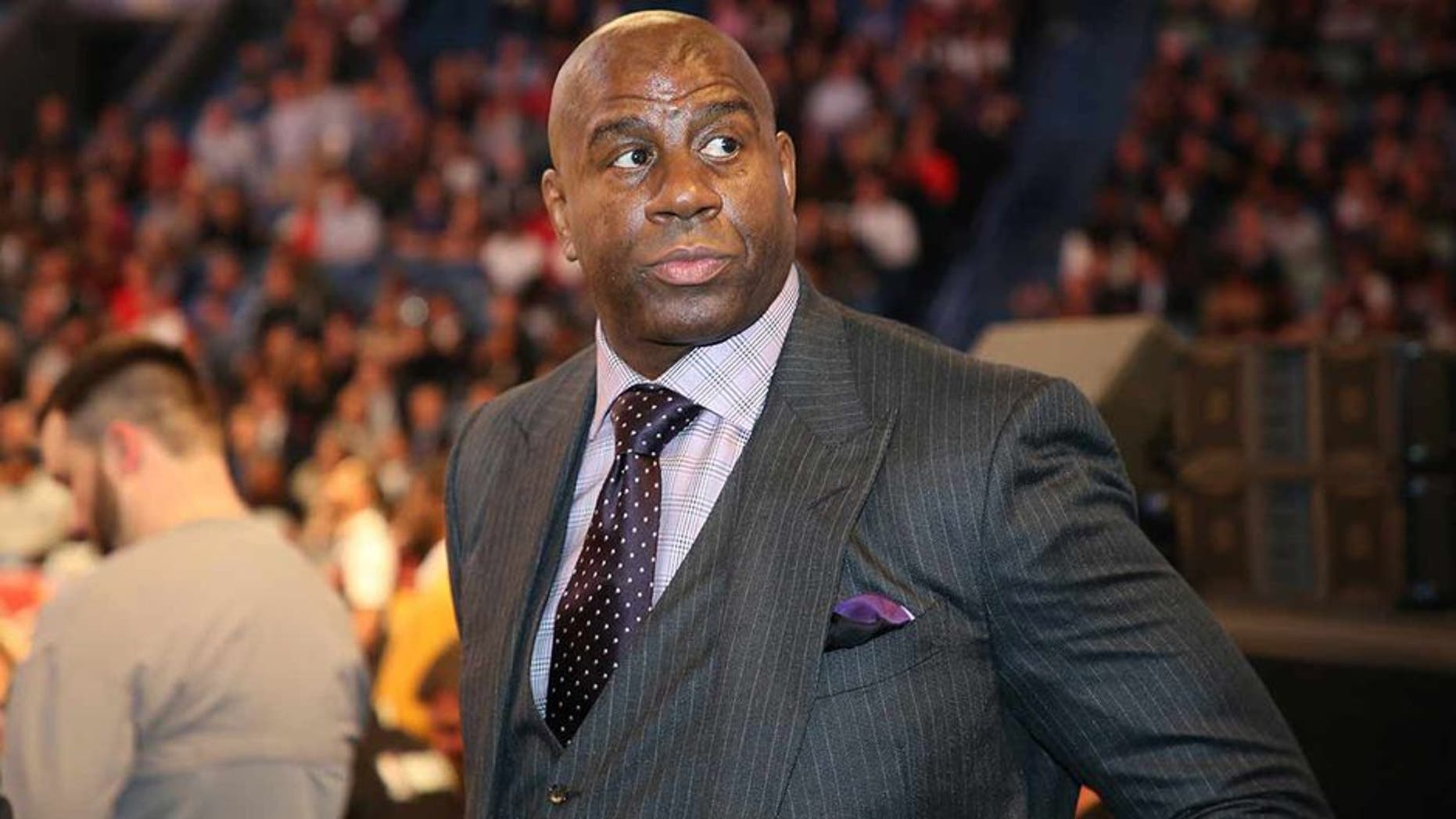 Basketball Hall of Famer Magic Johnson announced Tuesday that he was resigning as Lakers president of basketball operations following a disappointing season for the storied franchise.

"I want to go back to having fun," Johnson told reporters before fighting off tears. "I want to go back to being who I was before taking on this job. We're halfway there with LeBron coming (last summer). I think this summer, with that other star coming in, whoever is going to bring him in, I think this team is really going to be in position to contend for a championship with the growth of the young players."

Johnson, 59, announced he was stepping down at an impromptu news conference about 90 minutes prior to the Lakers' regular-season finale against the Portland Trail Blazers.

"I was happier when I wasn’t the president," said Johnson, who replaced Jim Buss in the job in February of 2017. He added that he had not yet told Lakers president and controlling owner Jeanie Buss of his decision, but told reporters "I love her as a sister."

"Her and I have such an amazing relationship," Johnson said of Buss, the daughter of the late longtime Lakers owner Dr. Jerry Buss. "She gave me full power to do what I wanted to do, but I think that with her and I, I always want to preserve our relationship … I had more fun when I was able to be the big brother and an ambassador to everybody."

"I knew I couldn't be face-to-face and tell her," Johnson added. "I couldn't stand to tell her."

Johnson didn't directly tie his decision to the future of second-year head coach Luke Walton, who was widely expected to be fired by Johnson soon. But Johnson repeatedly mentioned Buss' affinity for Walton and Johnson's desire not to cause upheaval between them.

"Tomorrow, I would have to affect somebody's livelihood and their life," Johnson said, apparently referring to Walton. "And I thought about it, and I said 'That's not fun for me. That's not who I am.' And then I don't want to put [Buss] in the middle of us, you know, even though she said, 'Hey, do what you want to do.' I know she has great love for him and great love for me."

Johnson scored the biggest free agent coup of this past offseason when superstar LeBron James signed with the Lakers as a free agent. But James struggled with a groin injury that limited him to 55 games this season and the Lakers fell out of the playoff race following the All-Star break as rumors of an aborted trade for New Orleans Pelicans star Anthony Davis and its effect on the young Lakers team swirled in the media.

"What I didn't like is the backstabbing and the whispering," said Johnson. "I didn't like that. I didn't like a lot of things that went on that didn't have to go on." It was not clear to which incidents Johnson was referring.

Johnson also said he is tired of being investigated or fined by the NBA for tampering when he comments on basketball on Twitter or even speaks to another organization's player.

Johnson, a longtime broadcaster and beloved basketball figure before moving into the Lakers front office, has been investigated four times for tampering after everything from a joking comment about Paul George on Jimmy Kimmel's talk show to his response to an email sent to him by Philadelphia's Ben Simmons.

"I thought about [Miami Heat star] Dwyane Wade retiring [Wednesday], and I can't even tweet that out or be there," Johnson said. "Serena Williams called me a week ago and said, `Will you mentor me and be on my advisory board?' And I said, `Yeah, I'm going to do that.' So when Ben Simmons called and we went through the proper channels and they made me look like the bad guy out of that situation, but I didn't do anything wrong … I was thinking about all those times, all those guys who want me to mentor them or be a part of their lives, and I can't even do that. I had more fun on the other side."

The Lakers, have won 16 NBA championships, second only to the archrival Boston Celtics, but have not made the playoffs since 2013. Johnson won five titles with the Lakers in the 1980s before retiring abruptly in 1991 by announcing that he had contracted HIV. He returned to coach the team for 16 games during the 1993-94 season and played in 32 games during the 1995-96 season, largely off the bench.

Johnson has enjoyed a prosperous post-playing career, with many business interests along with ownership stakes in the Los Angeles Dodgers and Los Angeles FC.