A Baton Rouge native and LSU graduate who was LSU's vice chancellor from 1999-2004, Woodward was letting the word out that he would be LSU's athletic director early Wednesday as the deal has been in the works for several days.

Woodward, 55, will replace Joe Alleva, whose resignation was confirmed late Wednesday by LSU. He had been athletic director since 2008, but his end was nearing for several weeks as prominent LSU donor and Tiger Athletic Foundation founder Richard Lipsey and others close to LSU have been working behind the scenes for a change.

Texas A&M insider website TexAgs.com first reported that Woodward was LSU-bound Wednesday afternoon. That was shortly after LSU announced that Alleva would be "transitioning to a new role as special assistant to the president for donor relations."

Alleva will serve in that capacity only "until a new athletic director is named," LSU's media relations director Ernie Ballard said in a university release.

That may be only for a day or so.

"Scott will hit the ground running," said former LSU Board of Supervisors member Stanley Jacobs on Wednesday night. "He knows the university. He knows all the players around the university."

Woodward also has experience at firing and hiring coaches. He removed Kevin Sumlin after the 2017 season and hired away sitting national champion Florida State coach Jimbo Fisher, a popular LSU offensive coordinator from 2000-06 who was considered by Alleva to be LSU's coach in 2015 and '16.

"He hired Jimbo when Alleva couldn't get it done," Jacobs said. 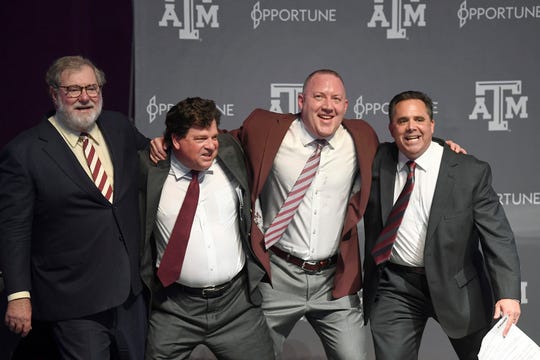 Woodward grew up in Baton Rouge and graduated from LSU in 1985 with a political science degree. He has regularly returned to the area.

"We don't want to bring in someone who doesn't understand the LSU community," Jacobs said. "Scott is one of the individuals who really understands LSU."