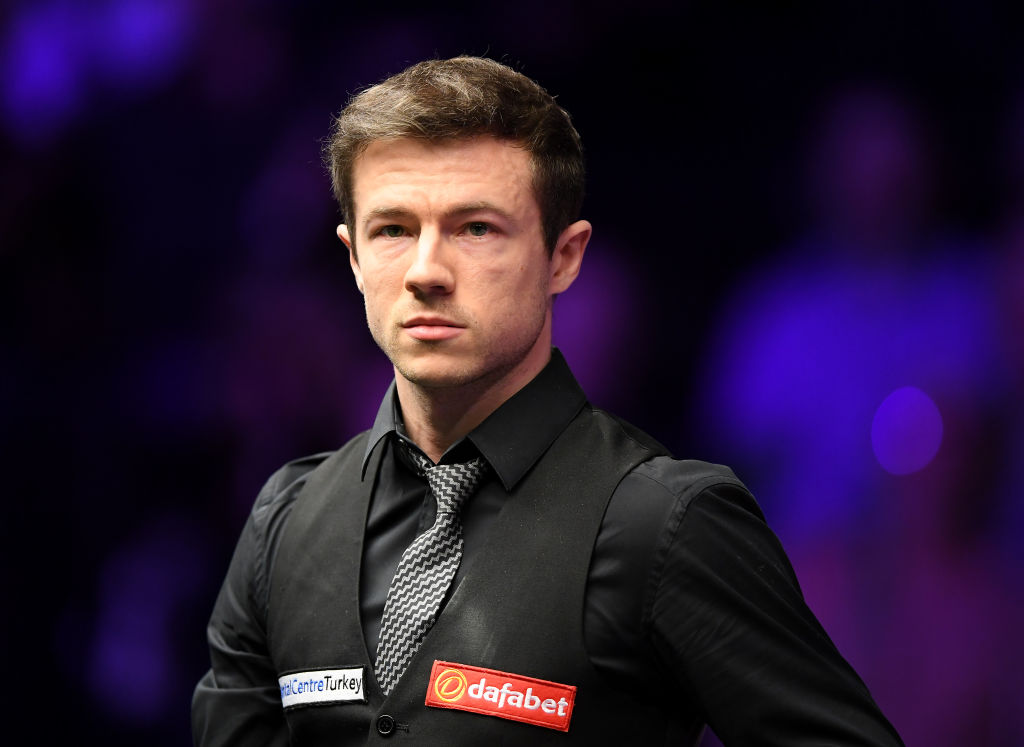 Jack Lisowski takes on Ronnie O’Sullivan in a mouth-watering clash in the Players Championship quarter-finals and Jackpot has looked back with fondness on his practice sessions with the Rocket.

O’Sullivan edged out Ding Junhui 6-5 in the first round of the event on Tuesday night, showing his frustration as he chucked the rest on the floor at one point, but eventually getting over the line.

The 29-year-old has spent plenty of time practicing with both men and feels it cannot get better than that, although his practice sessions with good pal Judd Trump can never have the same competitiveness because they are so close.

‘How can you not look forward to playing them?’ Lisowski told Metro.co.uk of facing Ding or O’Sullivan. ‘Two of the best.

‘Ronnie’s probably the best but Ding’s probably top five break-builders ever. I used to love practicing with Ding, love playing him. You’d expect Ronnie to beat him but I’ll just chill out tonight [Tuesday] and watch it.

‘I’ve played Ding loads, I’ve played Ronnie loads. Played Ding probably 10 or 11 years ago when I was 18 or 19 for a year in Sheffield, practiced in the same place. Unbelievable.

‘They’re probably the two best players I ever practiced with. When I play Judd it’s not quite the same because we’re mates and we can never take it that seriously but against Ding and Ronnie in practice, the best two players I’ve ever seen.

‘They’ve both multiple times had four, five, six centuries in a row against me. 10 frames in a row one visit, they just don’t miss so, yeah…enjoyed that.’

Spending a practice session watching someone else make huge breaks may not seem that helpful, but Lisowski said it would get him razor sharp and he learned a lot.

‘I remember once playing Ronnie for a week and then went to the Shanghai Masters qualifiers,’ he said. ‘I think I lost two frames in four matches.

‘Everyone felt so bad compared to him, it felt like I was getting so many chances, so when you play these really good players they definitely raise your sharpness.

‘A few days picking out balls for Ronnie never did anyone any harm.’

Lisowski made five half-centuries in his win over Gould in round one and impressively dug in to hold off a fightback from the Pinner Potter after opening a 4-1 lead.

Jackpot’s doggedness, determination and shot choices are all developing at a rapid pace and his results are showing after back-to-back finals at the World Grand Prix and German Masters recently.

He might still want to unleash his attacking game as often as possible, but he is enjoying all the wins that are coming with his new-found maturity in his game.

‘I was 4-1 up and it didn’t really feel like I should be,’ said Jack. ‘My game’s just getting stronger, I didn’t feel great at all, I managed to just dig in.

‘It’s more about just staying composed, I guess. I tend to naturally go too fast, I feel like I’m holding myself back better, being a bit more controlled, thinking about my safety shots a bit more, probably just giving a bit more effort rather than just keeling over easily. But yeah, it’s hard work and it takes a lot of thinking, so it doesn’t come naturally to me.

‘I don’t really enjoy playing like that, but it’s so much more fun winning games instead of losing early doors. Two finals in a row were amazing. Even last week in the Welsh [Open] I wasn’t playing amazing but I managed to win three games. Every game I’m giving it my best shot and I think I’m improving for sure.

‘It’s nice. This was quite a big game for me, massive tournament, if you lose first round you don’t get your points and everyone’s talking about the race to the Crucible, I think I’m there or there abouts,

‘I think this gets me into the Tour Championships, so yeah, good game. When he nicked that frame and made the century to start coming back, the wheels could have come off for me six months ago so I managed to dig in and happy with the way I saw the game off.’

Lisowski has not only had good news on the table but also off it as he has received his first Covid-19 vaccine jab.

The 29-year-old suffered Hodgkin’s lymphoma as a teenager, a form of cancer that develops in the lympthatic system, and although he has long-since recovered it has put him in the high risk category.

Having tested positive for Covid-19 in January and now being vaccinated, Lisowski feels untouchable!

‘I didn’t know but I must be high risk so they text me on the Tuesday two weeks ago, the local doctors, saying I had qualified, so three days later I went,’ Jack explained.

‘It was amazing, so efficient, I was only there 15 minutes, shepherded in, get it and off and I’ve had no side effects at all.

‘When I was 16 I had the cancer so that must put me at high risk on the records. But I had Covid two months ago, so I feel indestructible, untouchable now! I should be immune to it, I hope.

‘But you’ve still got to do all the things right. I’ve got another jab in two months. Everyone’s got to keep their heads down and hopefully we’re nearly out of it.’

Lisowski is back in action on Thursday evening against Ronnie O’Sullivan in the quarter-finals in Milton Keynes.