AMID all the chaos of Brazil and Argentina's abandoned World Cup qualifier, Lionel Messi appeared in a photographer's bib.

After Giovani Lo Celso, Cristian Romero and Emiliano Martinez were removed from the pitch by Brazilian health officials, the PSG ace was seen chatting to Neymar wearing a top usually worn by pitch-side snappers. 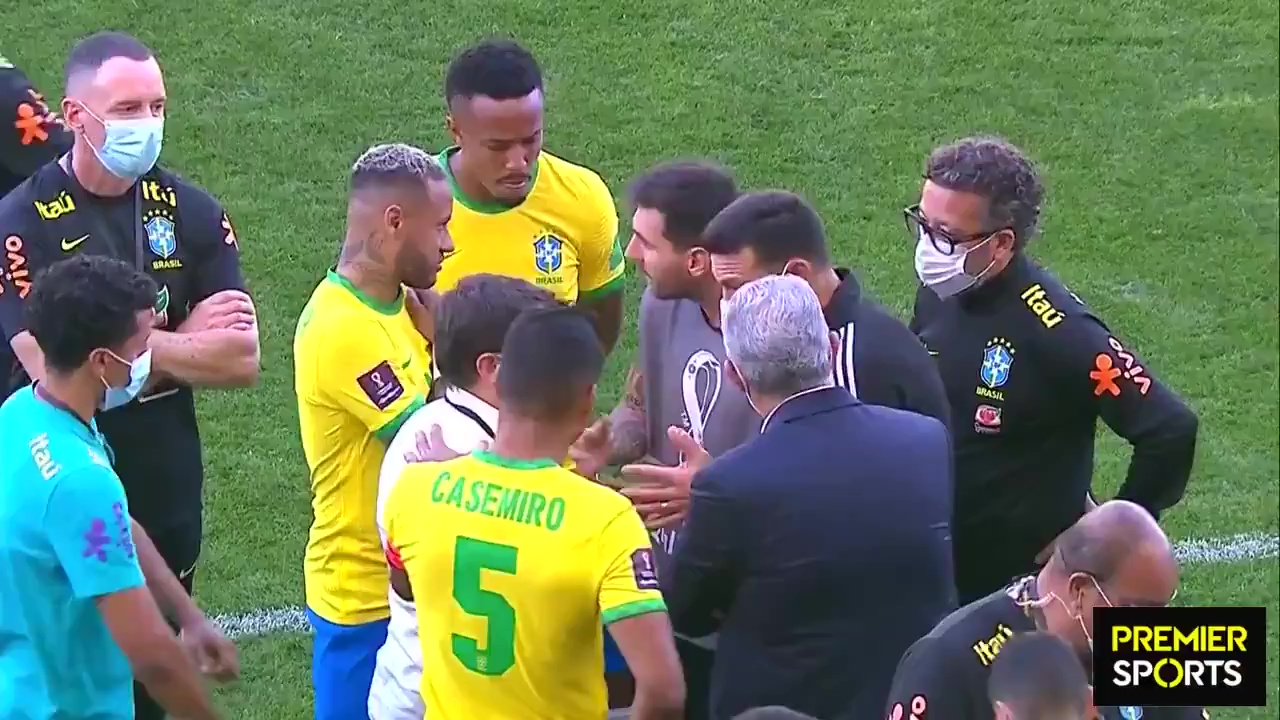 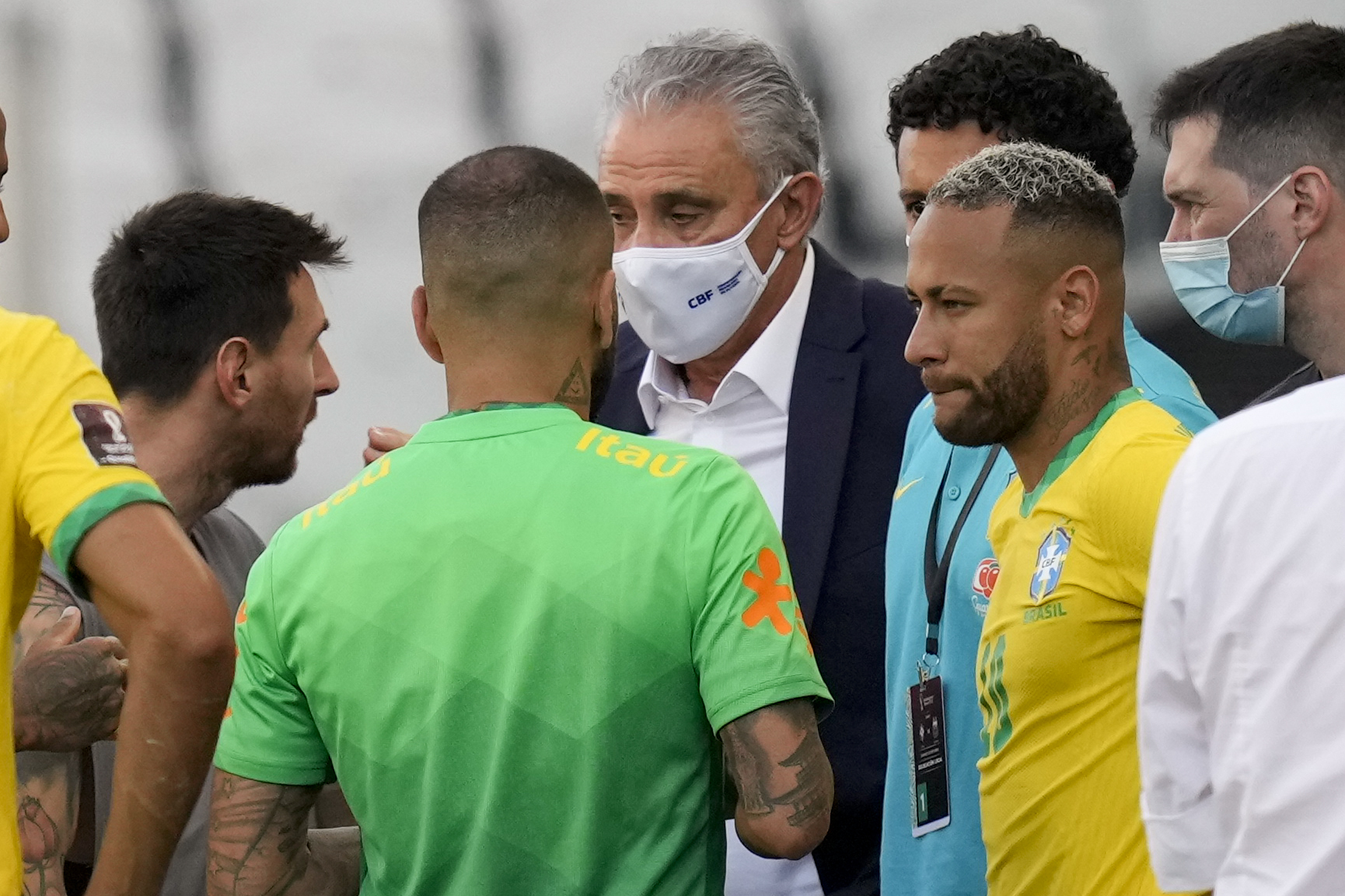 PSG team-mates Messi and Neymar were filmed in conversation with health officials in one of the most bizarre incidents in recent footballing history.

It's unclear with Messi was wearing the bib.

It came after the match was halted in just the sixth minute as Argentine Premier League stars were accused of breaking Covid quarantine rules and falsifying documents to enter Brazil illegally.

And one Twitter user summed things up perfectly, simply replying to a video of the confusion: "What a weird game."

Brazil and Argentina are old enemies when it comes to clashes between the nations, with games between them referred to as the "Battle of the Americas."

But Messi and Neymar put their country rivalry aside as the two PSG team-mates talked to coaches and officials to try and make sense of what was going on.

And the Argentina captain was captured saying: “Why did they start the game and stop it after five minutes? We’ve been here at the stadium for an hour, they could have told us.”

It comes after reports claimed Brazil’s health regulator, Anvisa, were tipped off that four Argentina players did not state that they had been in the UK in the last 14 days on their immigration forms.

Brazilian rules state all anyone who enters the country who have been in the UK in the 14 days before entry must quarantine for 14 days, which the four players did not.

But instead of calling a halt to the game before the game began, officials did not call the game to a halt until proceedings were underway.

Then in another bizarre turn the Brazil squad re-took to the field and played a training match that was shown live on television. 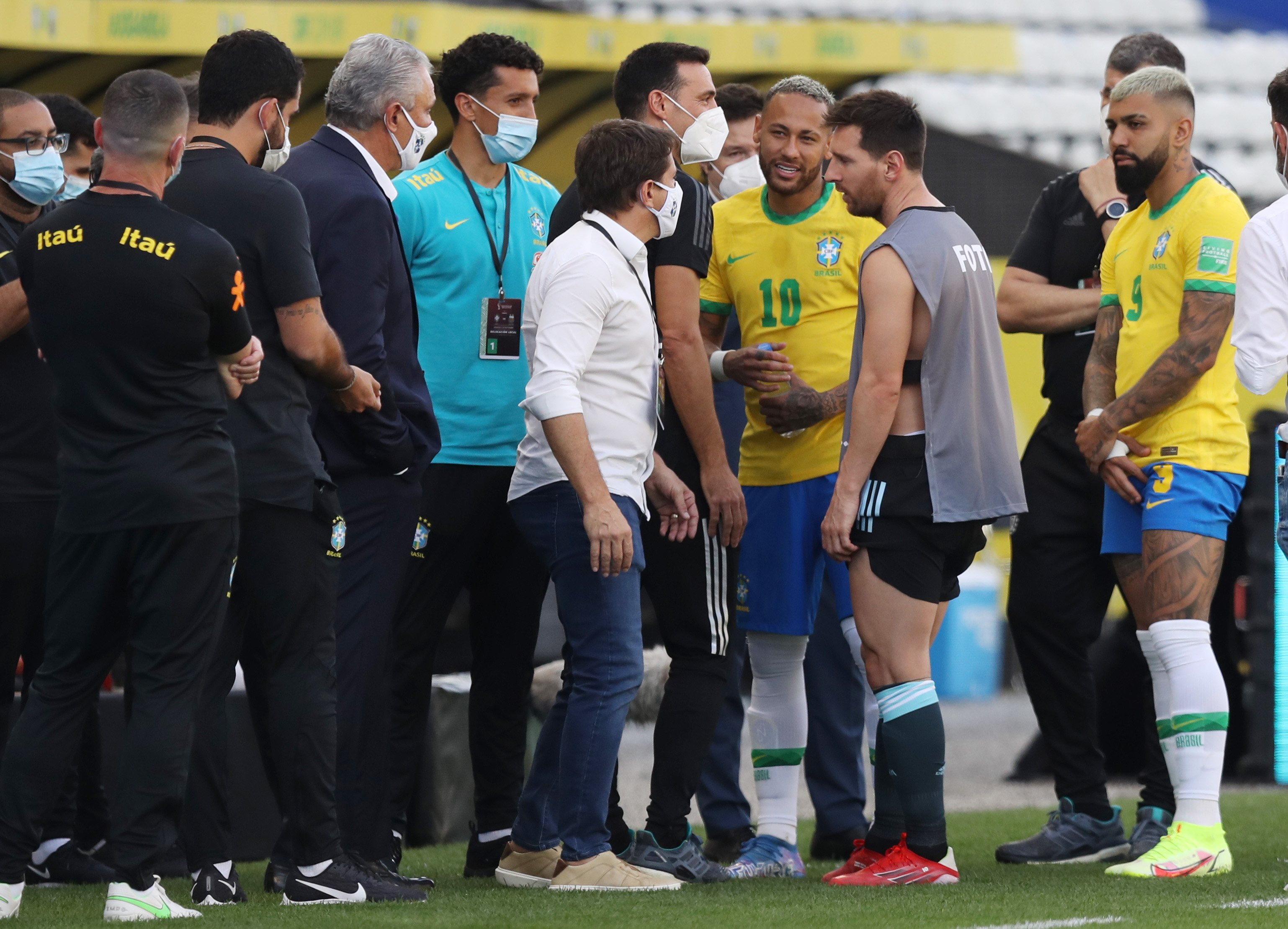