LIONEL MESSI fought back tears as a reporter told him how much he means to Argentina fans back home after leading his country to the 2022 World Cup Final.

Messi stood out in the Albiceleste's decisive 3-0 triumph over Croatia in the semi-finals at the Lusail Stadium as he scored a penalty and set up both of Manchester City ace Julian Alvarez's goals. 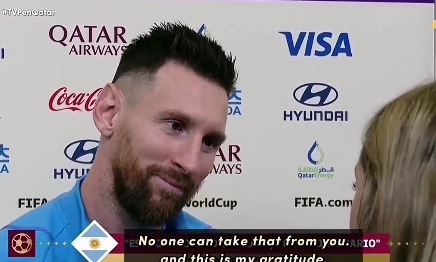 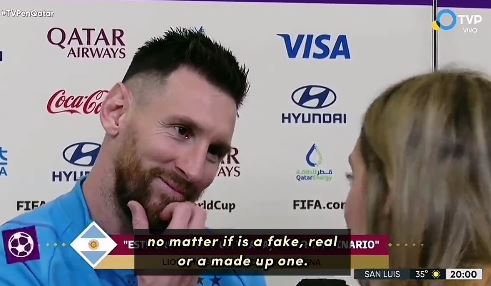 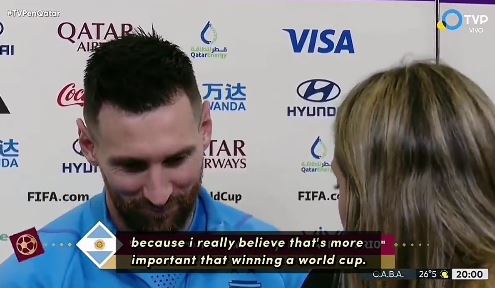 The Paris Saint-Germain star spoke to Argentine reporter Sofia Martinez of Television Publica after the match and was welling up as she told him exactly how he inspired the nation.

Martinez said: "The last thing I want to tell you, and is not a question, but I just wanted to say; the World Cup final is coming and sure, we all [Argentinians] want to win the cup.

"I just want to tell you that no matter the results, there's something that no one can take from you and is the fact you resonated with Argentinians, every single one – I'm being serious.

"There's no kid who doesn't have your team shirt. No matter if it is a fake, real or made up one.

"Truly, you made your mark in everyone's life and that to me is beyond winning any World Cup.

"No one can take that from you and this is my gratitude for such amount of happiness you bring to a lot of people.

"I seriously hope you take these words into your heart because I really believe that's more important than winning a World Cup and you already have it, so thank you captain."

A teary-eyed Messi listened with a smile on his face as Martinez sang his praises.

Fans were also moved by that moment as they took to social media to share their thoughts.

One supporter tweeted: "This is beautiful."

Another posted: "His smiling face."

A third commented: "I want Messi to look at me like that."

This fan said: "The way he was looking at her."

And that one tweeted: "Wow, just wow."