LEWIS HAMILTON was first past the chequered flag yet again – in a Bahrain Grand Prix marred by Romain Grosjean's terrifying crash.

The Haas driver went off the track only seconds into the race having clipped Daniil Kvyat's Alpha Tauri. 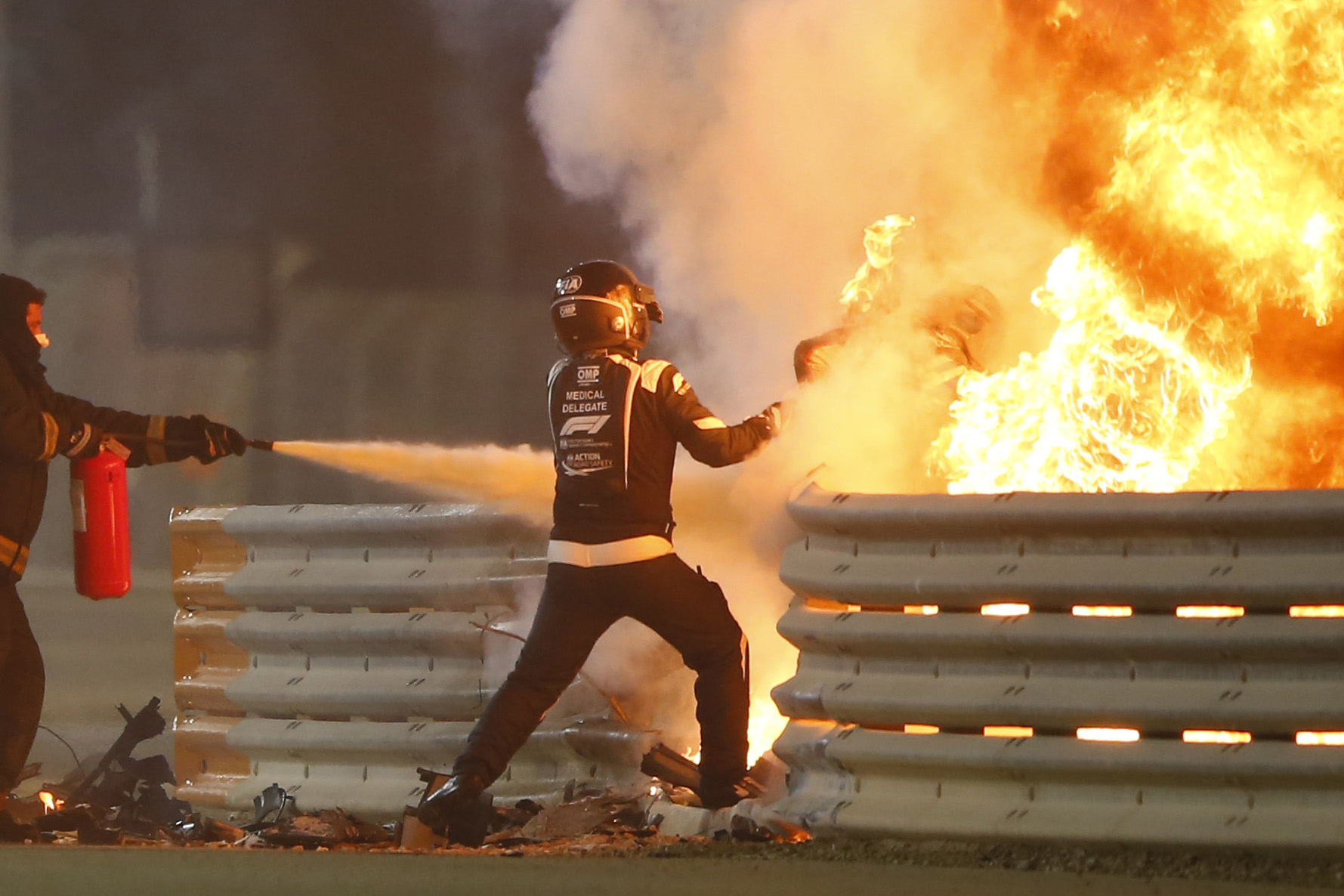 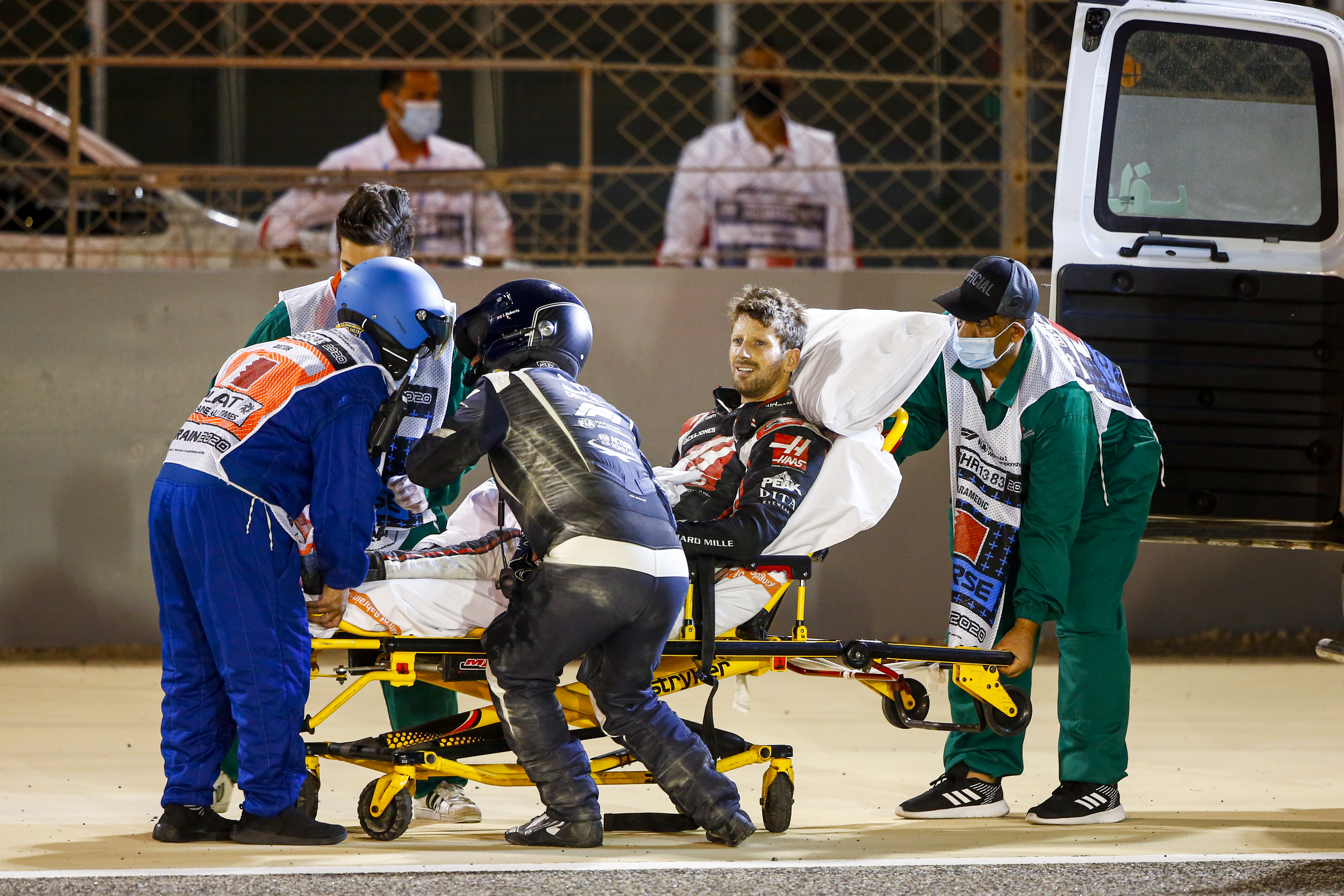 Losing control of his car, Grosjean, 34, speared the crash barrier and miraculously walked away from the flaming wreckage.

Horrendous footage showed his Formula One car bursting into flames upon impact, having been split in half by the high-speed collision.

Grosjean managed to clamber out of the vehicle with just a suspected broken rib and minor burns – an altogether infinitesimal injury considering the nature of the accident.

A red flag meant racing was stopped for over an hour as marshalls cut out the melted barrier and collected the widespread wreckage.

Amazingly, upon the restart, Kvyat was involved in another incident that led to Lance Stroll's Racing Point ending upside down.

Stroll was, thankfully, kept safe in only the second example of F1's incredible safety measures of the day. 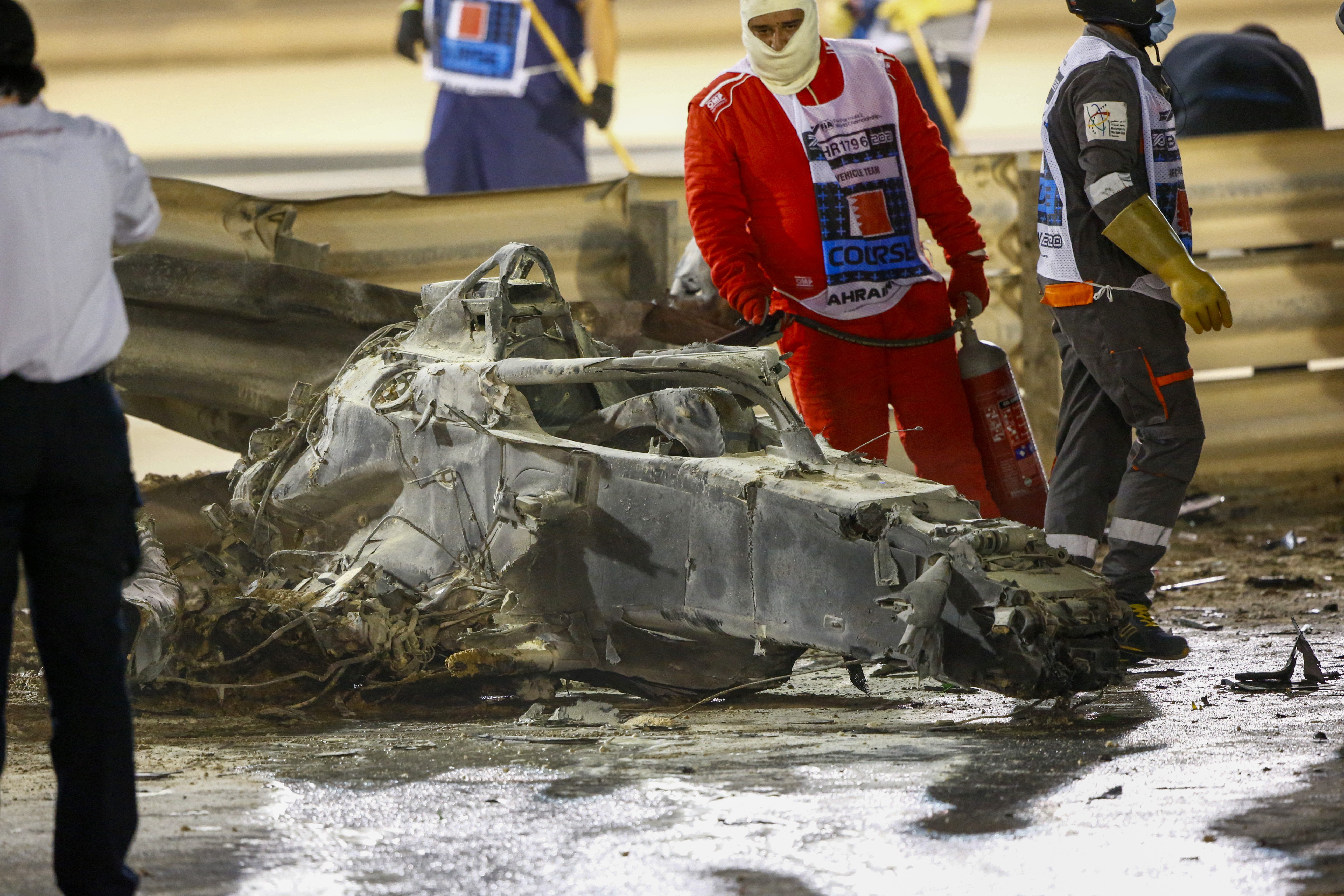 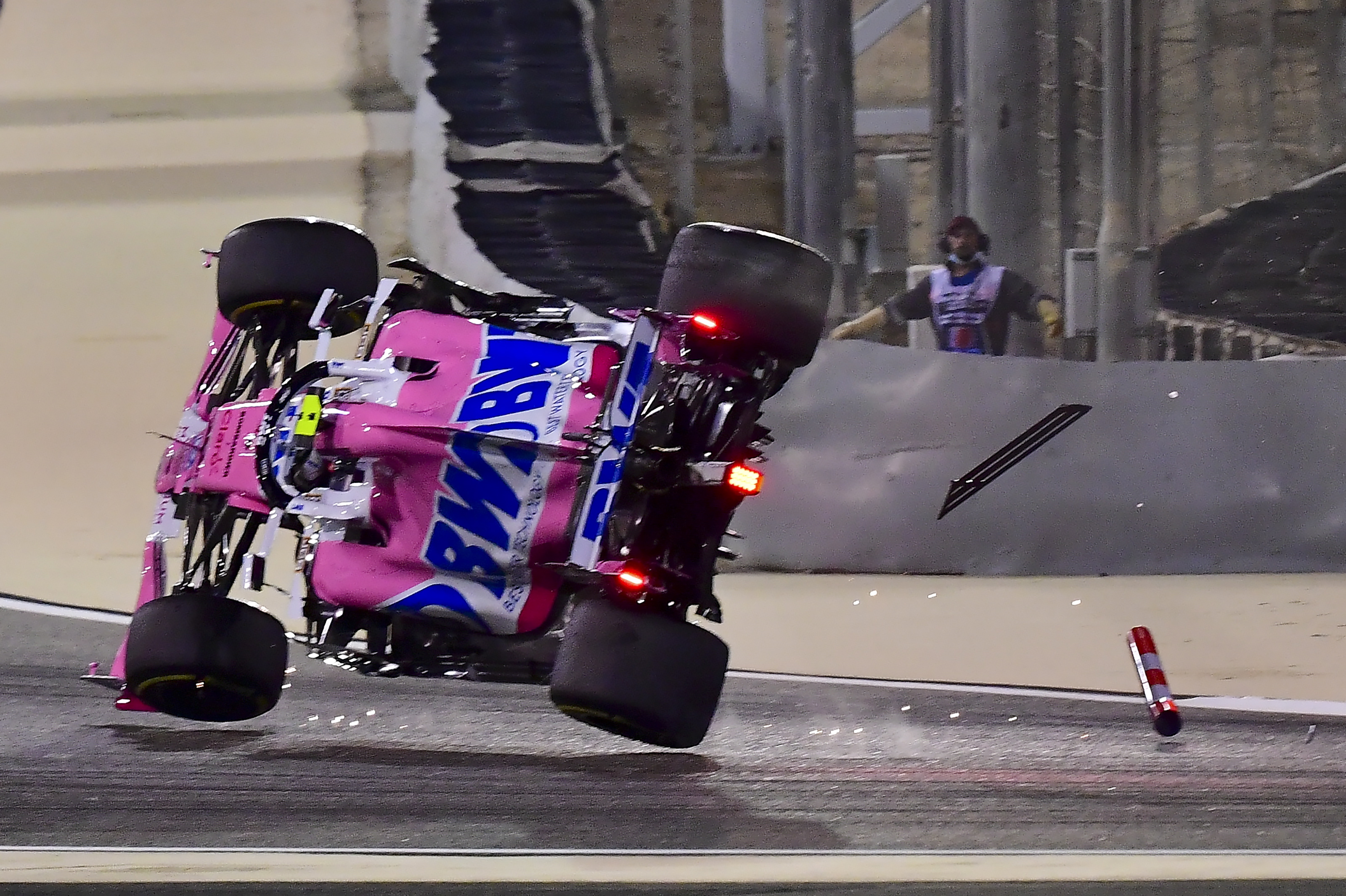 While an innocent passenger in the first crash, Kvyat was handed a ten-second penalty for causing the Stroll flip.

Meanwhile, Hamilton was striding towards his first victory since winning the world championship in Istanbul a fortnight ago.

Max Verstappen jumped Valtteri Bottas at the start to claim second but could not get near the other Mercedes. 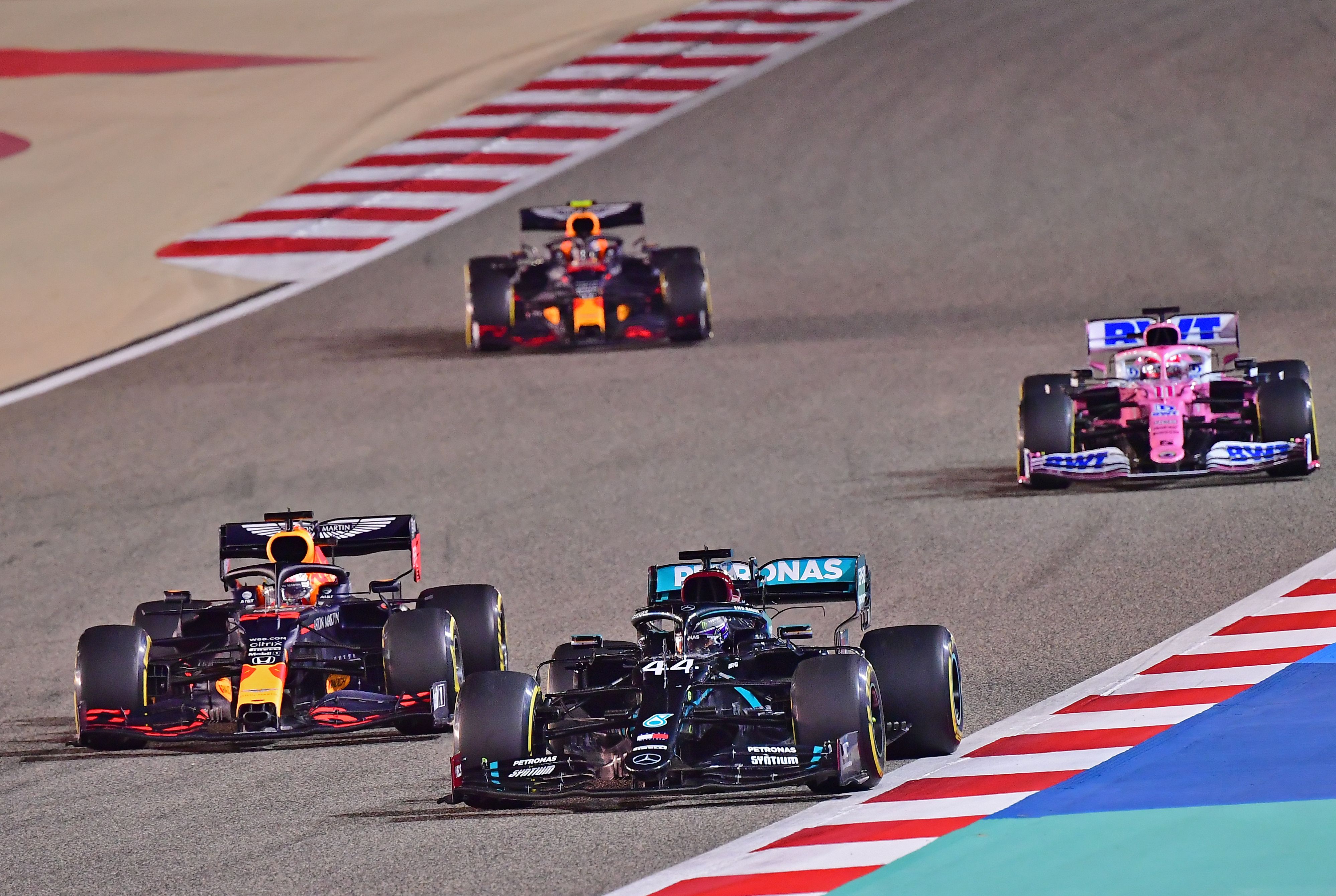 Ahead of his likely sabbatical from the sport, Sergio Perez had his second podium in a row snatched from him with a fiery failure that brought out a race-ending safety car.

That allowed Alex Albon, the driver set to edge Perez for next year's Red Bull drive, past for a first-ever F1 podium.

Lando Norris and Carlos Sainz secured fourth and fifth for McLaren in the fierce battle for third-place in the Constructors' Championship.