LEWIS HAMILTON is set to miss the rest of the Formula One season after testing positive for Covid-19.

The Formula One champion has already wrapped up the title but failed a pre-event test ahead of this weekend's Sakhir GP in Bahrain after waking up on Monday with mild symptoms. 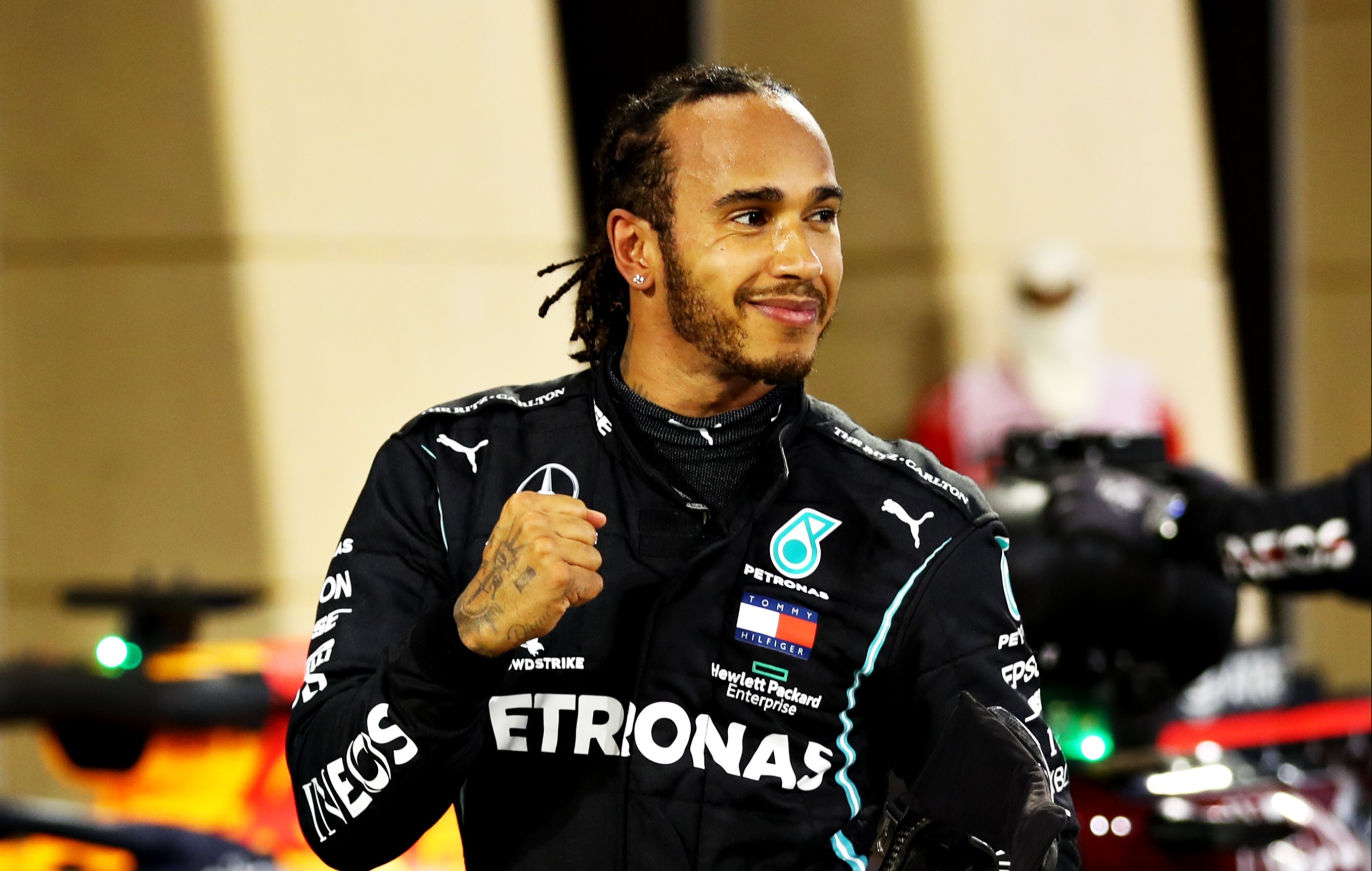 Mercedes are now trying to broker a deal with Williams so they can recall George Russell from his loan deal so he can partner Valtteri Bottas in the final two races.

SunSport understands that there are complications with Hamilton's quarantine period and subsequent transit to Abu Dhabi for the final race of 2020.

Hamilton wrote on his Instagram: "I'm devastated that I won't be racing this weekend.

"Since we started the season in June my team and I have been taking all the precautions we possibly can and following the regulations everywhere we've been to stay safe.

"Unfortunately, even though I returned three negative results this past week, I woke up Monday morning with mild symptoms and requested another test, which came back positive.

"I am gutted not to be able to race this weekend but my priority is to follow the protocols and advice to protect others.

"I'm really lucky that I feel ok with only mild symptoms and will do my best to stay fit and healthy. 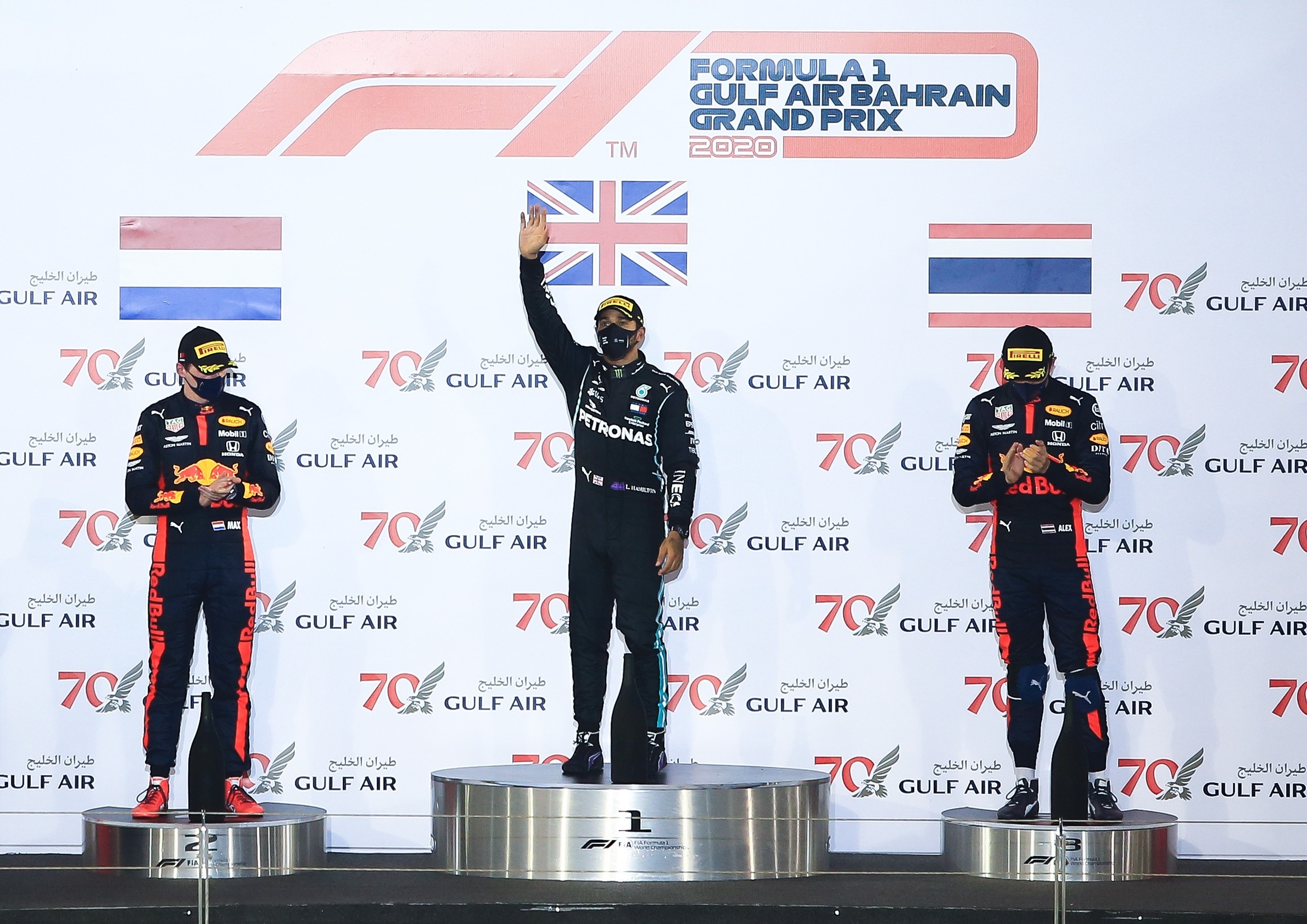 "Please look after yourselves out there. You can never be too careful. These are worrying times for everyone and we need to make sure we are looking after ourselves and each other. Stay positive."

Hamilton is a known germaphobe and has taken extreme precautions all season as the threat of covid seemed the only way it could derail his title hopes.

He has stayed in his motorhome for the races in Europe – rather than hotels like other drivers – and returns to his home in Monaco.

He has primarily stayed within his bubble, consisting of his performance coach, Angela Cullen, and advisor, Marc Hynes, who are also now in isolation.

He recently said: "I haven't gone to dinner, I've just been staying in my bubble. I get room service every day and not really anything exciting, because I've got a championship to fight for, so I didn't want to take any risks.

"This year I sacrificed more than I have in my whole life and that's really made it quite difficult."

Hamilton must now adhere to Bahraini guidelines and has been told to isolate until next Thursday when he will undergo another test.

However, there are added complications. F1 has forged a special air-bridge between Bahrain and Abu Dhabi to bypass a further quarantine period.

That flight is on December 7th – before his 10-day period elapses – and after then, the Yas Island where the track and hotels are located, is placed into lock-down.

That would mean that if they are successful with securing the availability of Russell, as he is part of the Mercedes young driver programme, he would drive in both Bahrain and Abu Dhabi.

Merc also have the option of replacing Hamilton with Stoffel Vandoorne, who is their nominated reserve driver.

And while the team's preference is to recall Russell, Vandoorne, who is currently at the Formula E test in Valencia, he would be a simple quick-fix.

Hamilton's quarantine means Sunday will be the first race he has missed since his F1 debut in March 2007.

It will also prevent him from equalling Michael Schuamcher and Sebastian Vettel's joint record of 13 wins in a season and bring his record of 48 races of finishing in the points to an end.

Meanwhile, the Haas F1 team have confirmed that Nikita Mazepin will drive for the team next season.

The Russian, who is racing in Formula 2, is the son of a billionaire and brings lucrative sponsorship.

The 21-year-old is expected to line up alongside Mick Schumahcer, who is likely to be confirmed by Haas this week.

Current Haas driver, Romain Grosjean, who suffered a terrifying fiery smash last Sunday, has been kept in hospital for a further day for treatment to his burned hands.

The 34-year-old is expected to be released on Wednesday and will also miss this weekend's race.

What happens when there is a positive test in F1?

FORMULA ONE was the first international sport to come back after the coronavirus pandemic and in order to get approval from the respective governments of the countries it went to, it needed to have a strict Covid Code of Conduct.

Each member of the team, drivers, media and FIA staff had to agree to the document that outlined the procedures of the testing process and the steps should someone test positive.

Anyone attending a GP with access to the paddock or surrounding buildings must take a pre-event Covid test before they travel to the country.

This is done in the form of an intrusive nasal and throat swab by licenced company, Eurofins, which I have done on a Monday, allowing me enough time to get the results before flying.

The results are also sent to the FIA and, should there be a positive test, that person and their team would be notified.

This is what happened in Lewis Hamilton's case.

While the world champion felt "mild symptoms" it was the pre-event test that delivered a positive result.

It was the same for Sergio Perez, who tested positive ahead of the British GP and was forced to miss out.

This test is like a safety net and limits the people they come into contact with, lowering the risk of further infection.

Once the person is told they are positive, they are immediately ruled out from competing that weekend and are placed under the local medical guidelines of the country in which the test took place.

As a result, Hamilton will be forced to isolate for 10 days before undergoing another test for Covid-19, as part of the Bahraini government's procedures.

While he will be placed into isolation, so too will the members of his bubble – those who come into regular close contact with him, notably his performance coach, Angela Cullen, and advisor, Marc Hynes.

This is standard procedure where those in the bubble remain in isolation following the results of further testing. They can then return to work should they test negative.

Meanwhile, the whole of the Mercedes race team in Bahrain would be testested – like every person attending this weekend's race.

So that includes the likes of Max Verstappen and Alex Albon, who were on the podium with him last Sunday.

Any person failing a test will be isolated in their hotel room or motorhome, with necessary replacements call up.

Every person is also required to undertake another Covid test upon the first 24 hours of their arrival in the paddock – this is normally done on Thursday morning.

Then there is a final test, usually done on Sunday morning or the following day, mainly for reassurance before travelling home, where as in this case, the next race.