LEWIS HAMILTON has been blasted by his former F1 rival Fernando Alonso for hypocrisy after he urged fans to adopt a vegan diet.

The British driver, 34, has used his platform to speak publicly about his own vegan diet and the benefits it has on the environment. 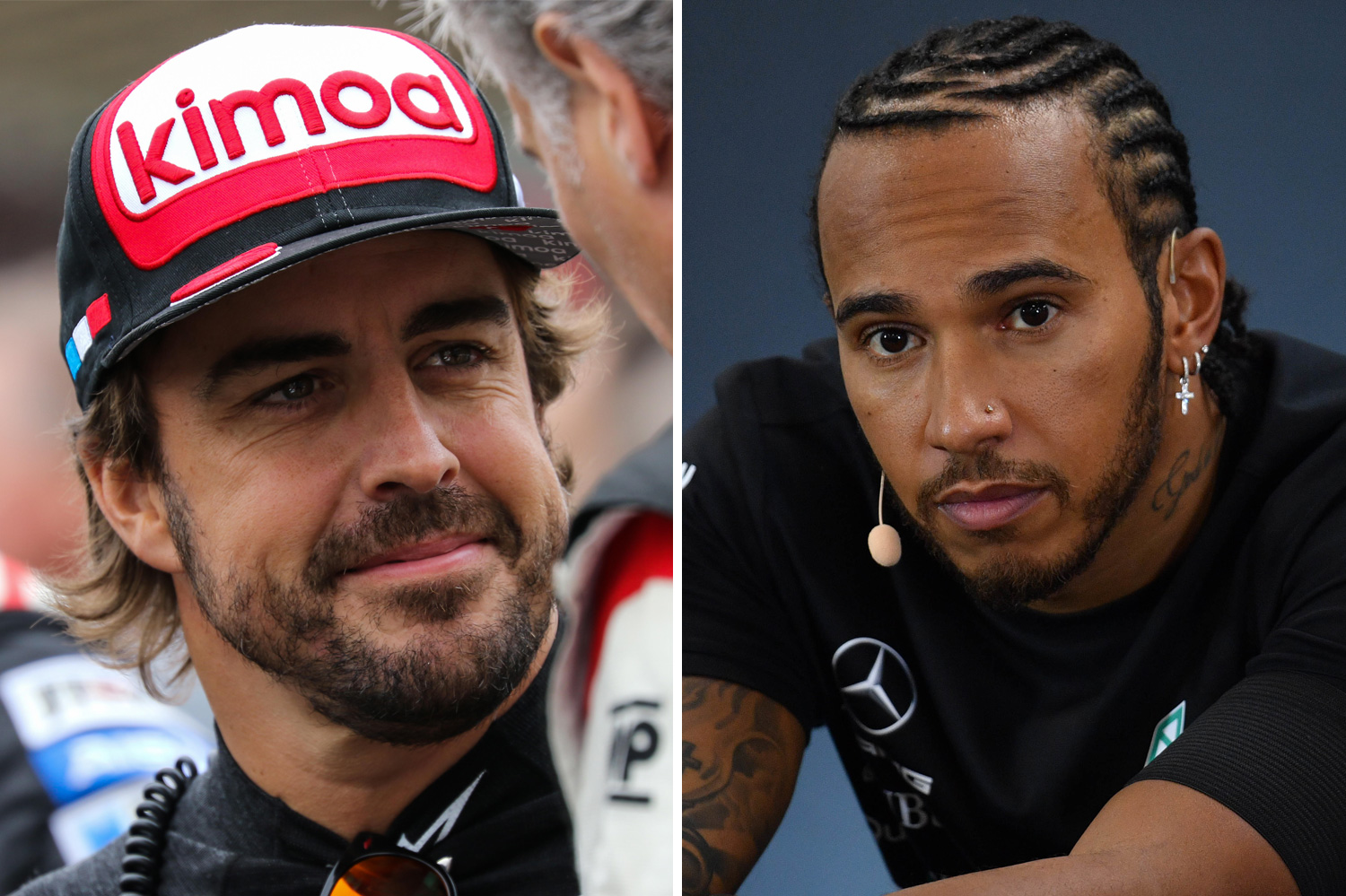 Most recently he left fans scared for his health after revealing in a deleted Instagram post that he wanted to "give up on everything".

He also wrote how his "life has had no meaning" as he went into great detail about how environmental issues are affecting him.

Hamilton faced a backlash of criticism for telling others to adopt plant-based diets to help the environment given the negative impact on the world his lifestyle of jetting around and racing carbon-emitting cars.

And ex-Ferrari ace Alonso has joined the critics by calling out his former rival for hypocrisy following the controversial social media post.

He told Spanish radio station Cope: "I think I would keep my eating habits to myself.

"I would never release a message like Lewis. You can't send out a message on one day, and on the next day do the opposite.

"We all know the lifestyle that Lewis has, and that Formula 1 drivers take 200 planes a year. You can't then say "don't eat meat"."

Hamilton sparked worldwide concern for his condition when he posted: "Why bother when the world is such a mess and people don’t seem to care.

“I’m going to take a moment away to gather my thoughts. Thank you to those of you who do give a damn about the world.”

He later added: “It’s taken me 32 years to understand the impact I am having on the world and I’m figuring out daily what I can do to play a better part.

“I want my life to mean something and honestly up up until now my life’s had no meaning.Being a part of the issue is not meaningful.

“Being part of the solution is and I’m striving to do better.

"I urge you to do some research, find the compassion I know you have within you to recognise what you are contributing to in terms of what you eat which keeps the meat and dairy industry flourishing and therefore, deforestation, animal cruelty, our seas and climate decaying on a daily basis.

"Go vegan, it is the only way to truly save our planet today.

“It can be done so quickly, all you have to do is put you mind to it.”

Despite clearly struggling with personal issues, Hamilton later assured fans that he "hasn't given up" and is still fighting.

Professionally, the British star is never better as he is on the verge of winning his sixth F1 title after a stellar season on the track, while his Mercedes team won the constructors' championship at last weekend's Japan GP.

Hamilton has also done his own bit for the environment by selling his £25m candy red private jet earlier this year, after he famously used it to fly his pet bulldogs around the world. 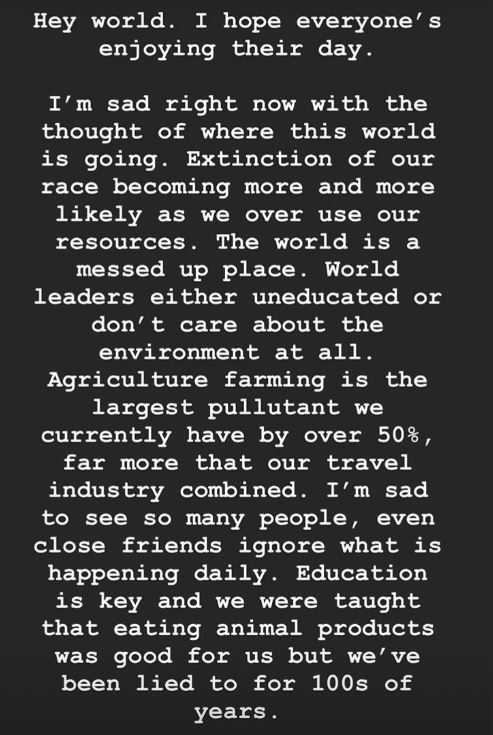 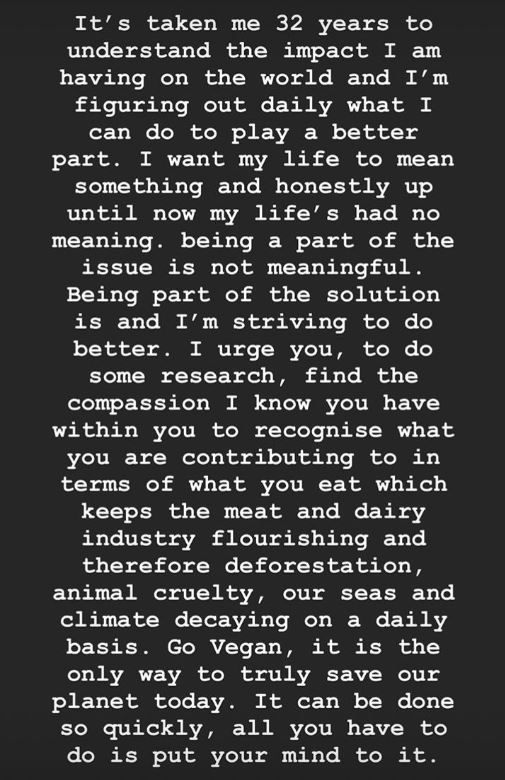 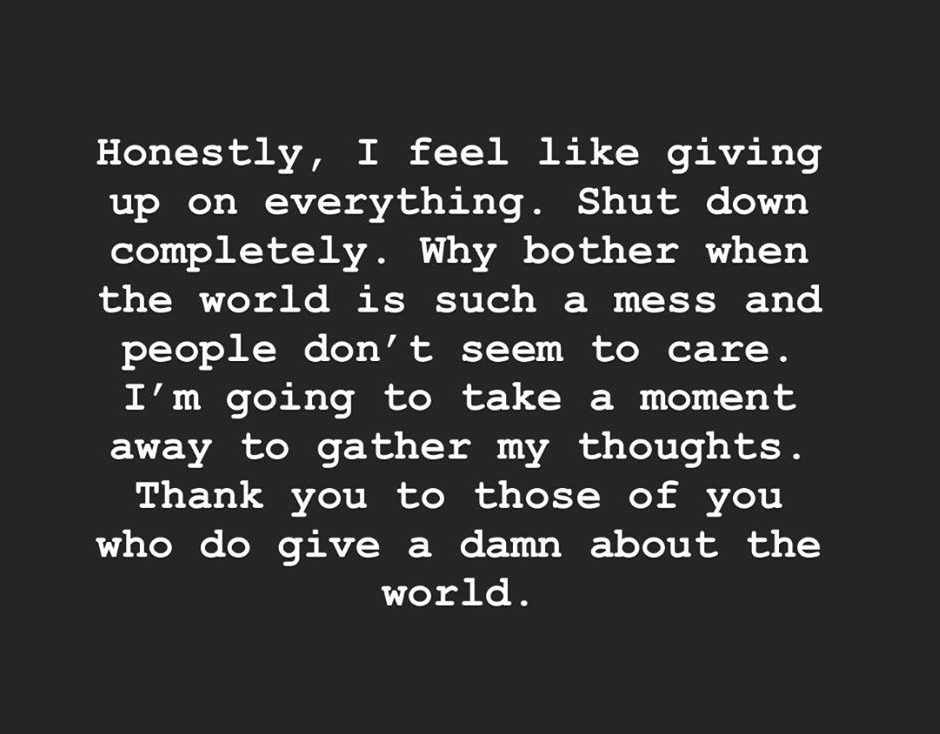