LEICESTER'S Europa League clash with Napoli erupted in violence after rival fans clashed at full-time – with some using their belts as weapons.

Around 100 police and stewards raced to the far corner of the King Power Stadium, where 250 Napoli fans were housed after bottles were thrown shortly after the full-time whistle. 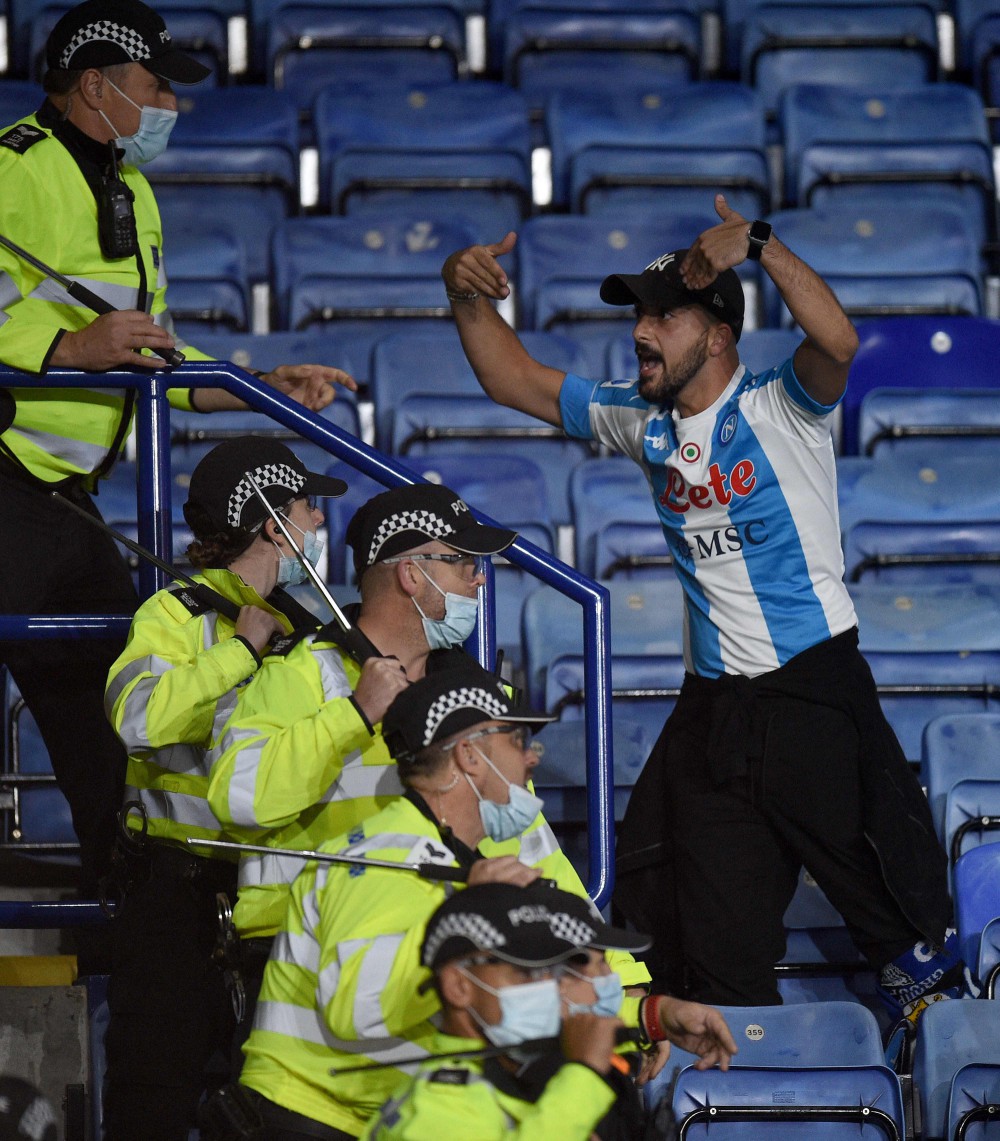 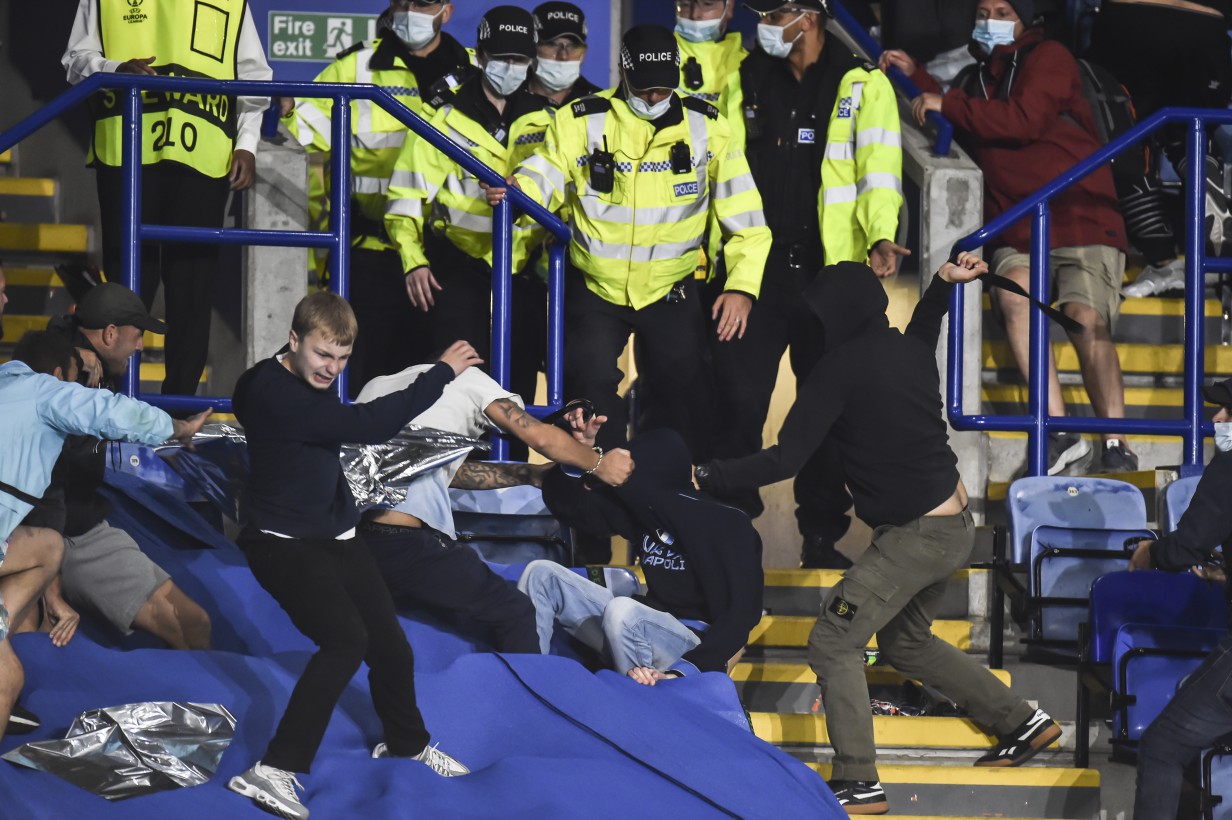 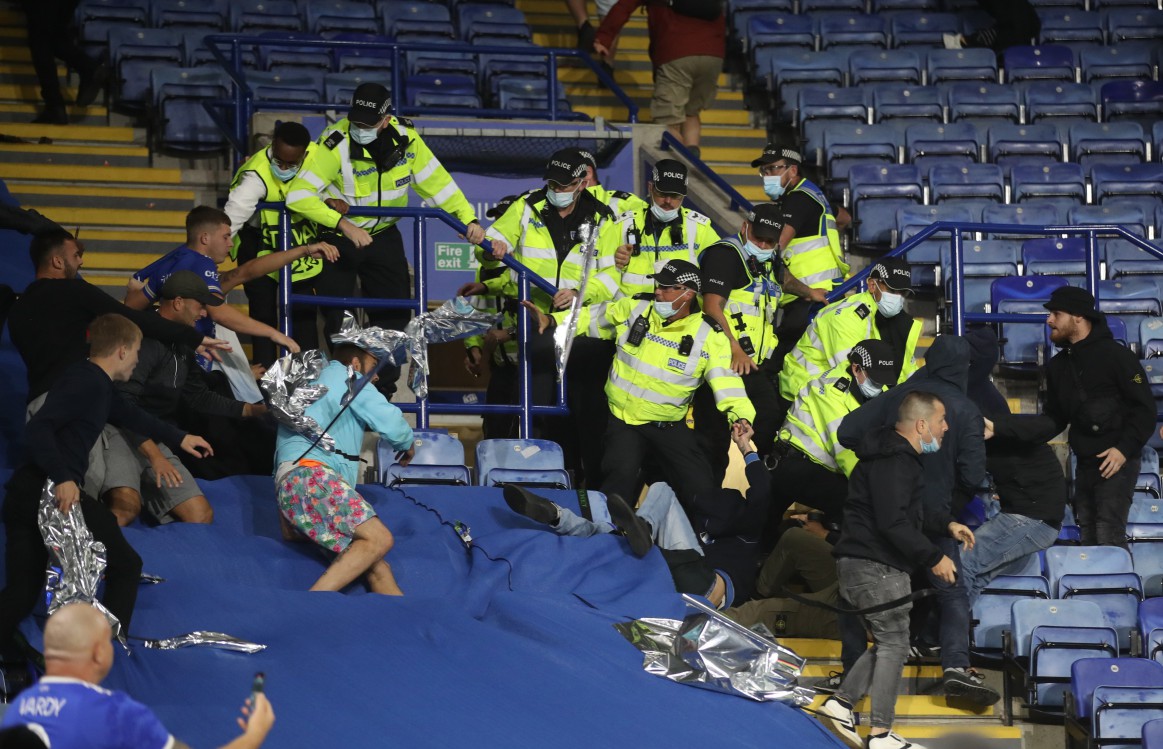 And there were ugly scenes as baton-wielding cops waded in to separate rival fans as skirmishes broke out and stewards struggled to restore order.

An appeal over the speaker system called on supporters to “respect your club” by “moving away from the segregation line.”

However the trouble flared for a few minutes before police restored some level of order.

The violence flared after Leicester fans saw a two-goal lead wiped out by second-half strikes from Victor Osimhen, with the Napoli striker snatching an equaliser three minutes from the end.

On the final whistle Napoli's small band of fans appeared to taunt their Leicester counterparts before the mood took a sickening sinister turn.

Objects, including bottles were hurled into the Leicester end, which included children.

Foxes fans  clambered over tarpaulin covers and stewards were overwhelmed as punches were thrown.

Some Italians were seen to remove their belts which they used as weapons to attack rivals.

Police moved in and  the Napoli supporters were kettled in, surrounded by a ring of  security  and kept there for more than 30 minutes while  home fans dispersed.

A police investigation is likely to be launched into how the situation escalated so quickly.

And Leicester will also face an anxious wait as Uefa chiefs probe the cause of the trouble. 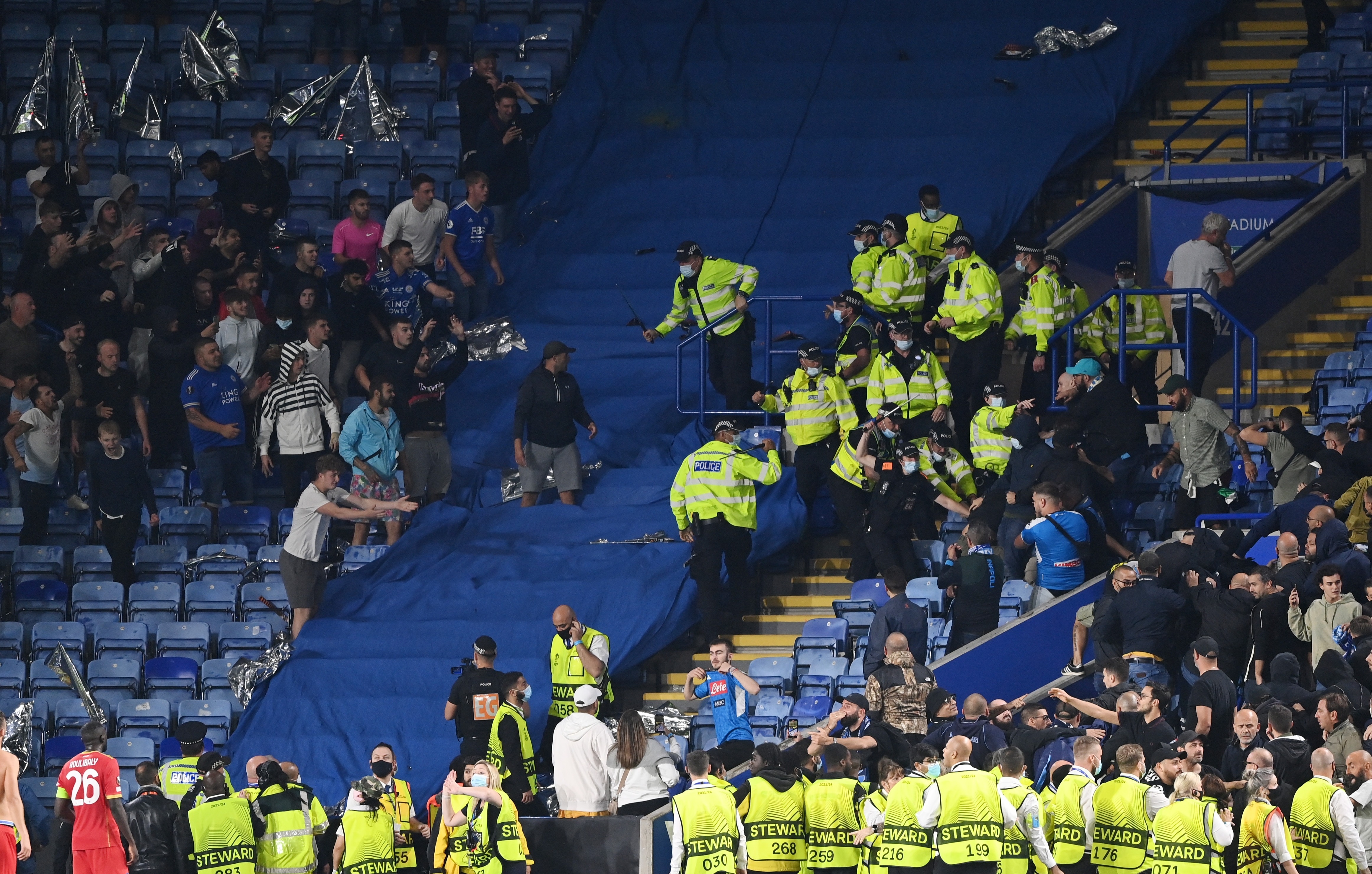 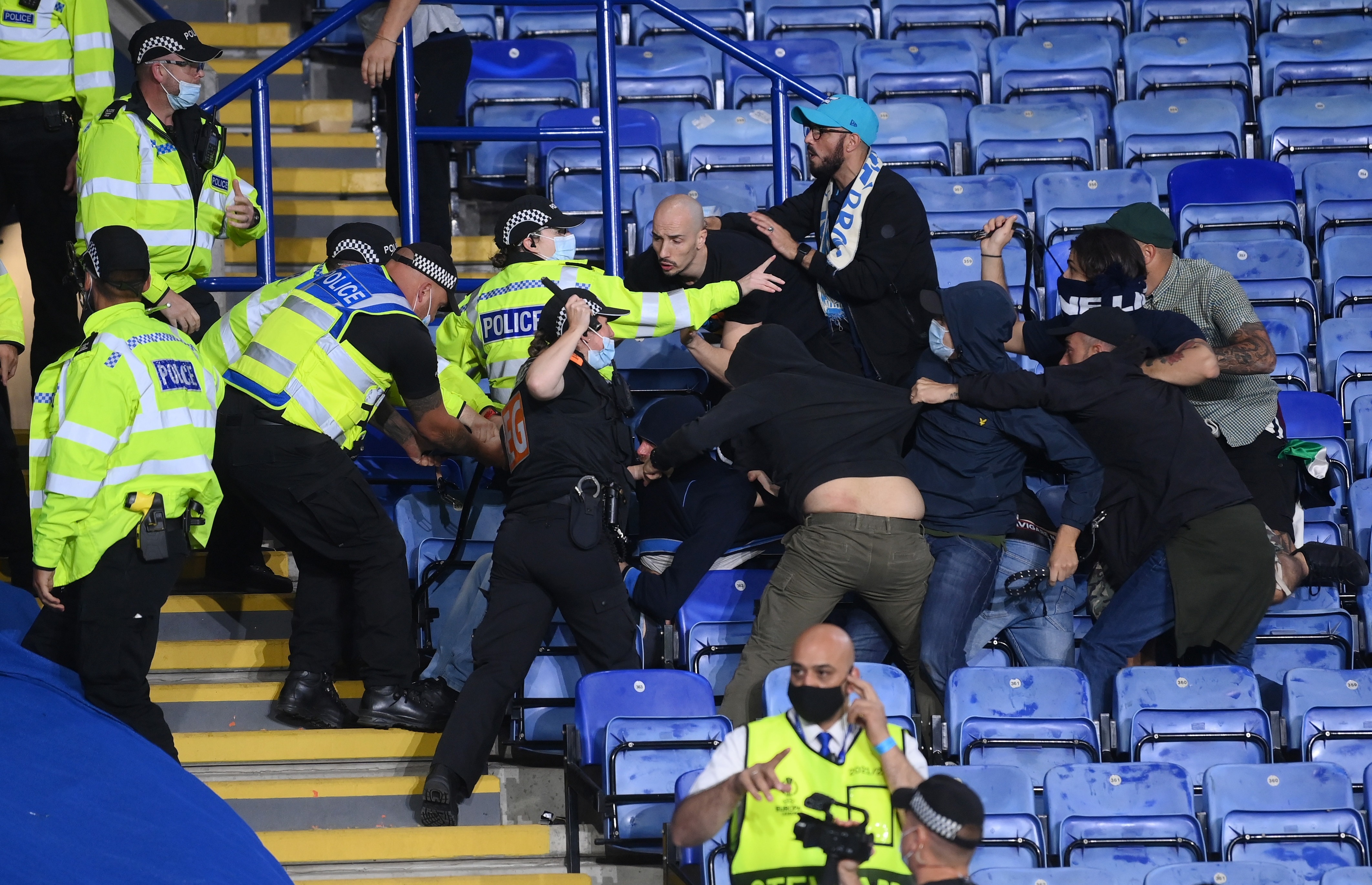