And Mauricio Pochettino’s show-offs managed to do it without Harry Kane and Christian Eriksen for the most part! 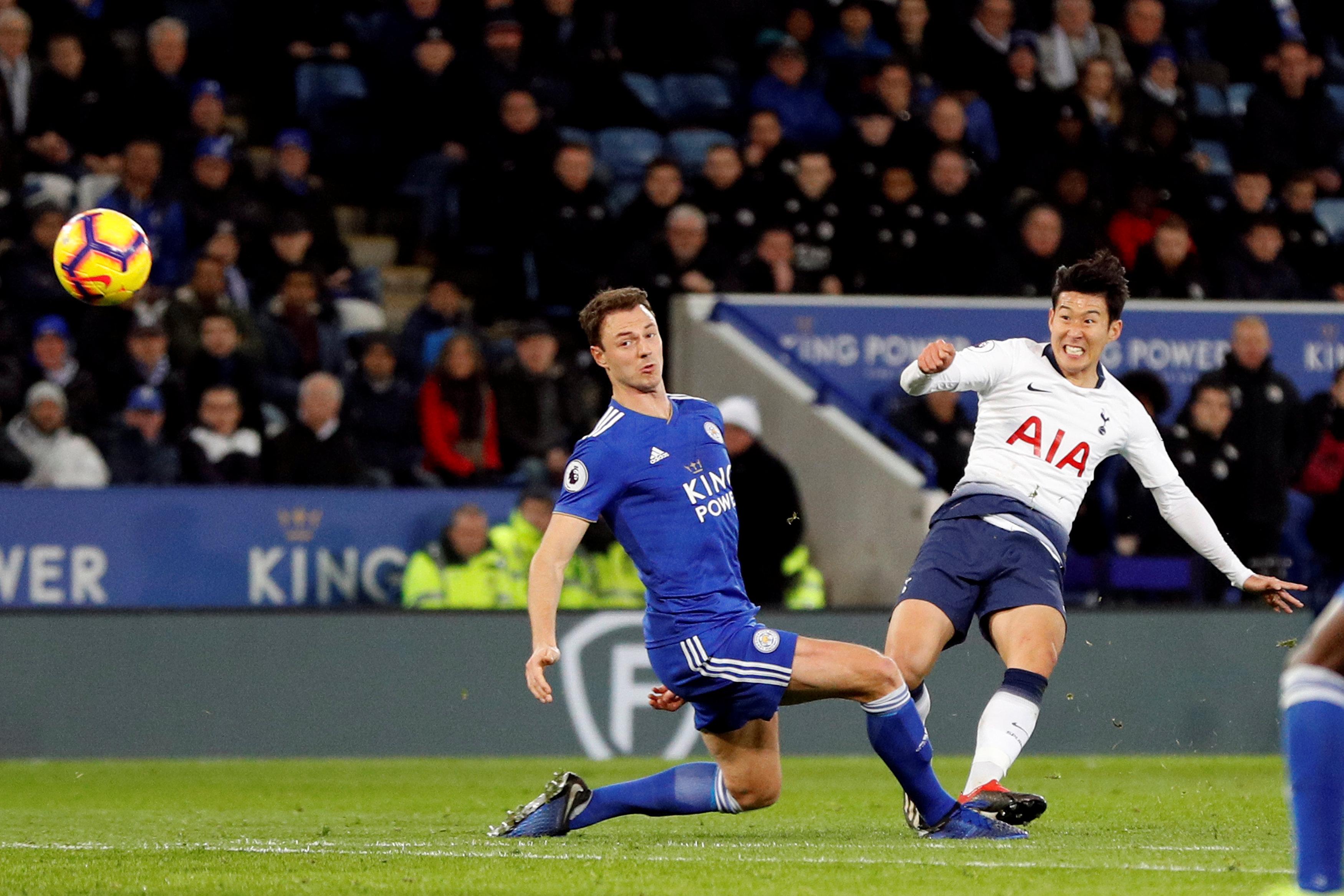 Dele Alli, on another impressive night for the Spurs man, got the second with a header that finished off Leicester and saw Tottenham fully recover from North London derby defeat last week.

The pair showed up late in the day for a gentle stroll once the hard work had been done on a night when the Spurs boss took a calculated risk which paid off.

After a sterile opening half, Son Heung-min finally sparked Spurs into life with a sensational opener in first half stoppage time.

And when Dele Alli popped up with a brilliant flying header on the other side of the break Spurs had rammed home the gulf in class between these old foes who had fought it out for the title in 2016. 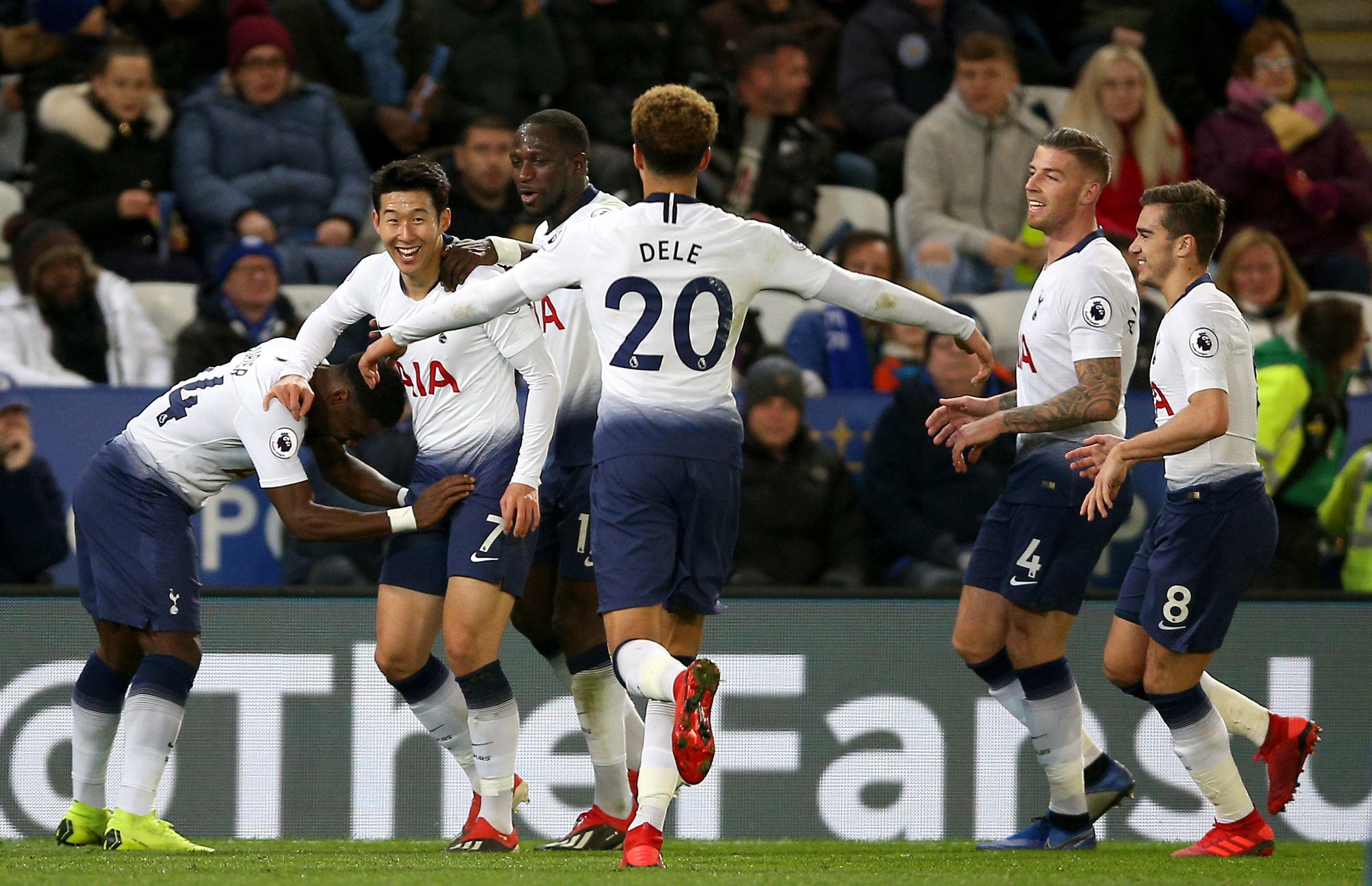 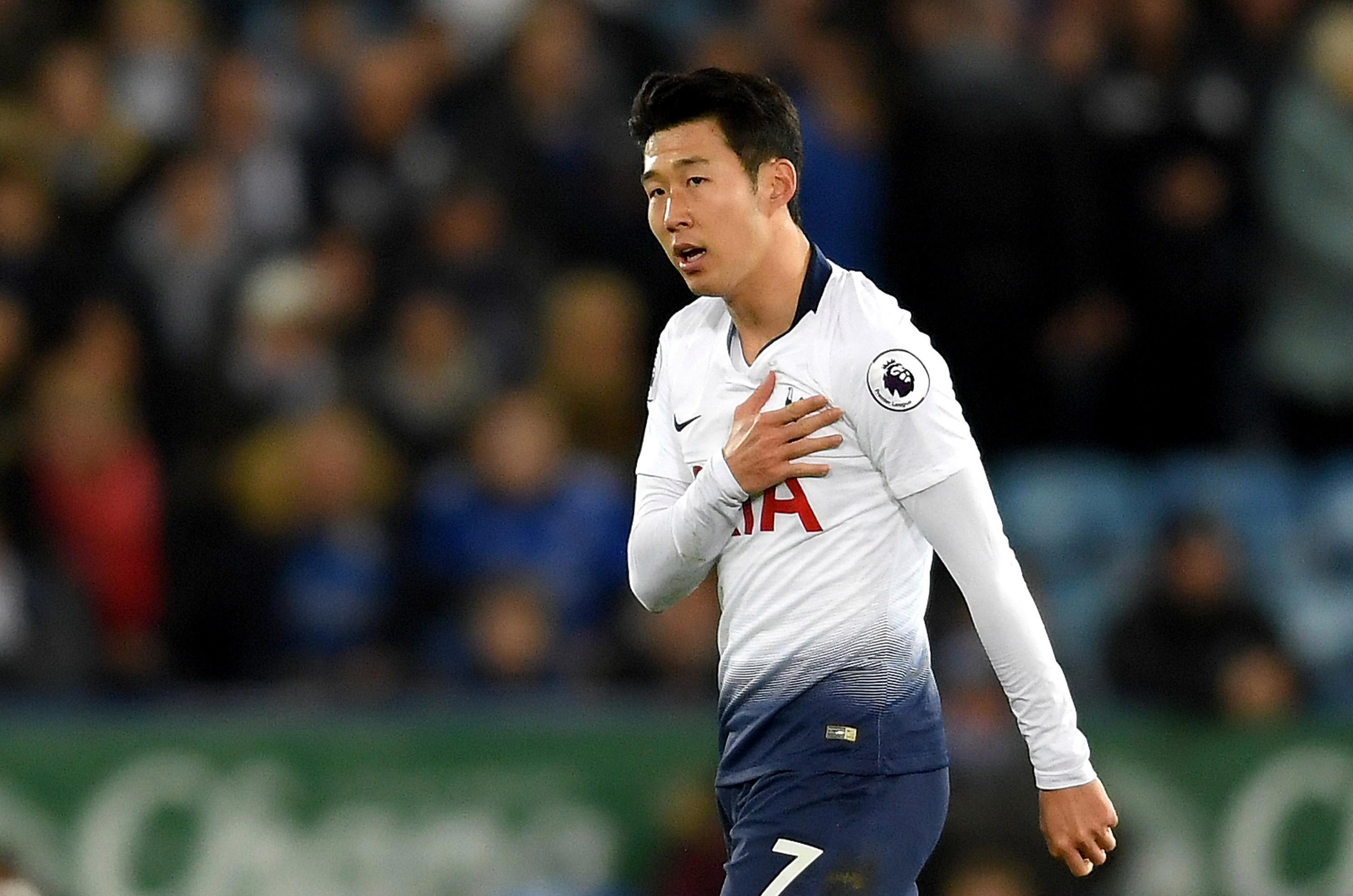 Other than a Demarai Gray shot after 53 minutes and a late curled effort from sub Rachid Ghezzal, both expertly saved by Hugo Lloris, Leicester never laid a glove on Poch’s men who will now go travel to Barcelona as happy Nou Campers, ready for their biggest test of the season.

Pochettino showed precisely where his priorities lay ahead of Spurs do or die Champions’ League trip with his starting line-up.

Spurs icon Kane was left on the bench for the first time in the Premier League this season as Poch wrapped his star striker in cotton wool in preparation for the Nou Camp.

The fact the England skipper had Christian Eriksen to keep him company on the bench was undoubtedly a high risk strategy against a Leicester side which hadn’t lost any of their last seven games in all competitions.

However the Foxes had a high-profile absentee of their own as Jamie Vardy’s troublesome groin injury ruled him out of a game which has become a striker’s dream in recent years. 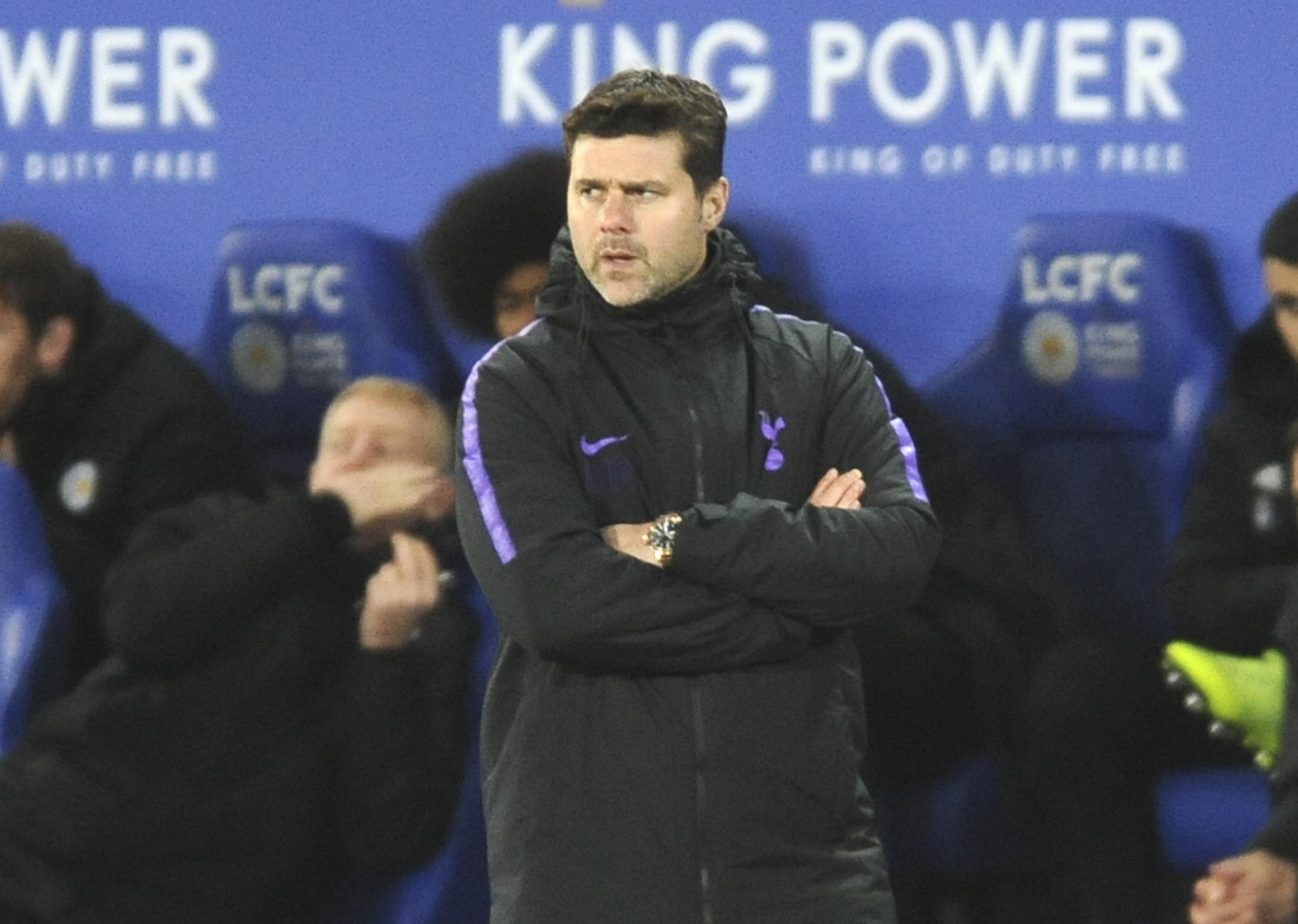 Since Leicester returned to the Premier League in 2014, this fixture had produced 34 goals – second only to Arsenal and Liverpool’s 38 goals during the same period.

In fact there had only been one goalless draw in the previous 96 league meetings between the teams and that was way back in the days of black and white televisions in1948.

But with both sides missing their talismanic goal-scorers it took until first half stoppage time for the first shot on target to arrive. 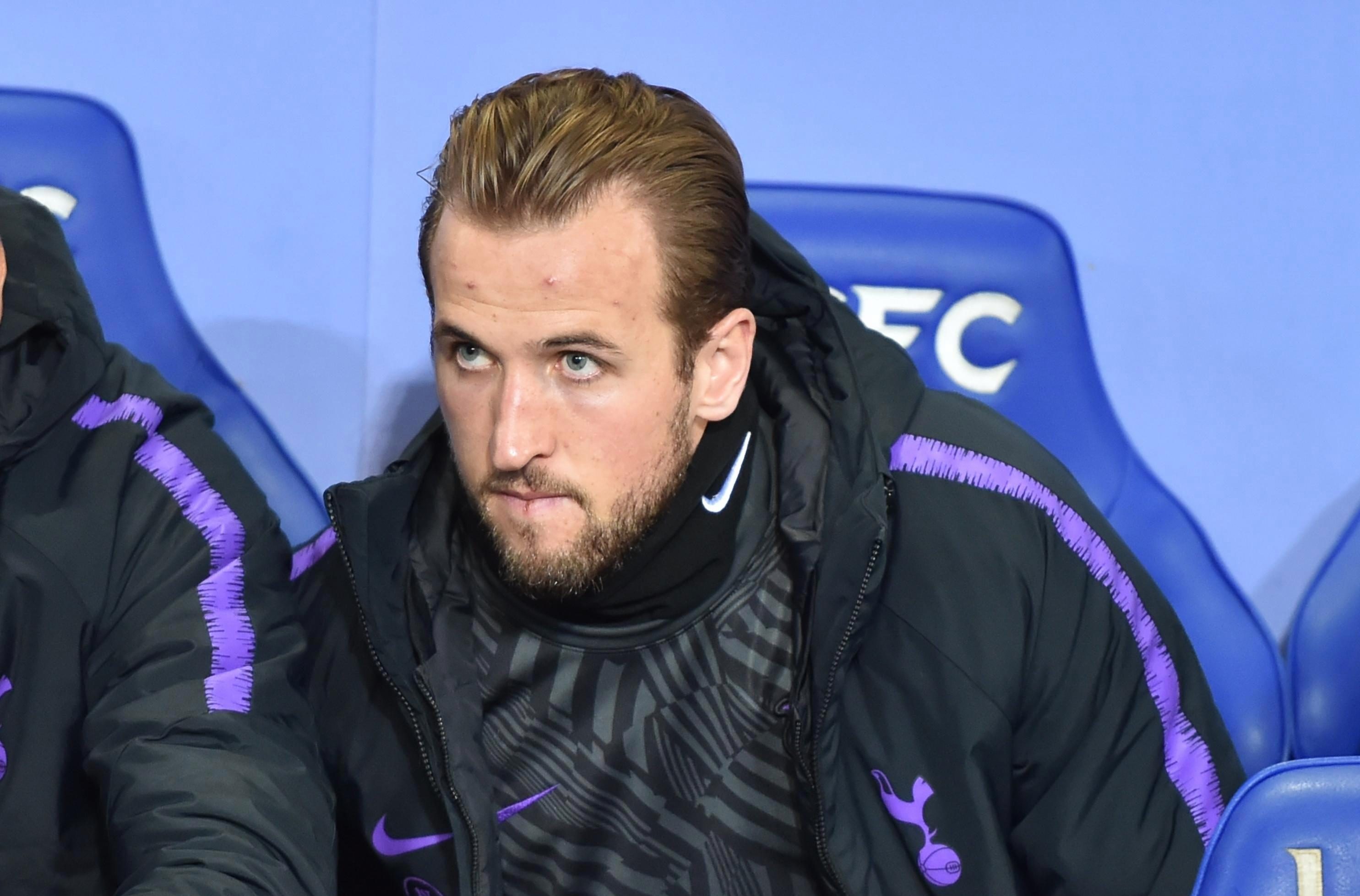 When it did, it turned out to be well worth the wait – at least if you were a Spurs fan – as Son Heung-min produced a wonder-strike to finally end the stalemate.

Moussa Sissoko surged deep into Leicester territory but failed to find a way through and the ball ended up with Serge Aurier who laid it off to Son.

The Spurs forward drove at the Foxes in front of him, neatly sidestepping Papy Mendy and before Jonny Evans sensed the danger unfolding in front of him the damage was done.

With one stroke of his left boot the South Korean hitman curled a stunning left foot shot which curled around Kasper Schmeichel’s despairing dive to find the top corner of the Dane’s net. 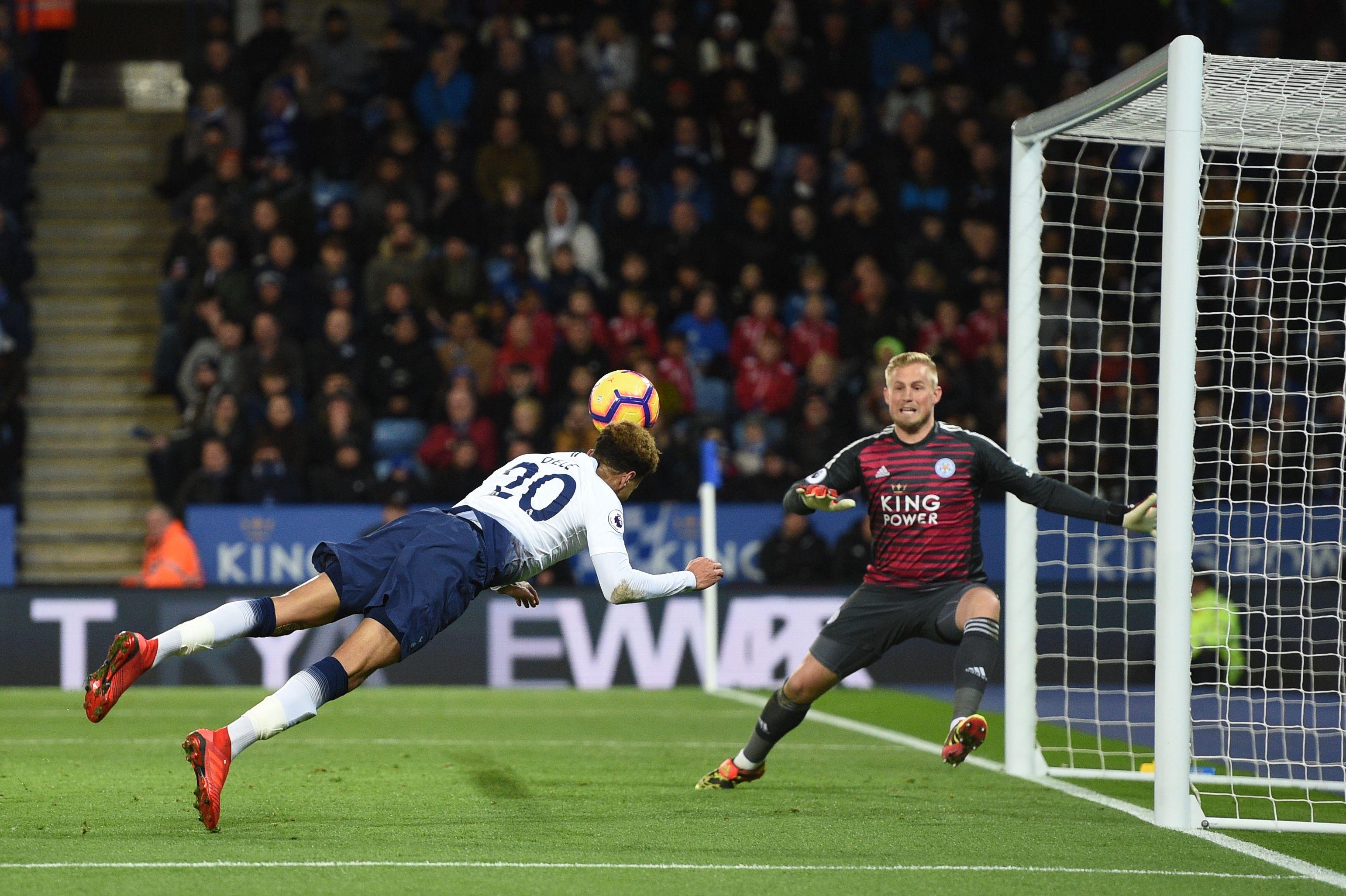 It was a sublime piece of finishing Kane himself would have been proud of as Son celebrated his third Premier goal of the season seconds before half-time.

The way Pochettino celebrated suggested he was relieved to get in at the break without having to send an early SOS for Kane, who must have been itching to get out there and liven up what had been a pretty drab affair in truth.

Leicester had looked the livelier side at the start as Claude Puel tried to use the electric pace of Demarai Gray, Kelechi Iheanacho and James Maddison to attack the acreage behind Tottenham’s high defensive line. 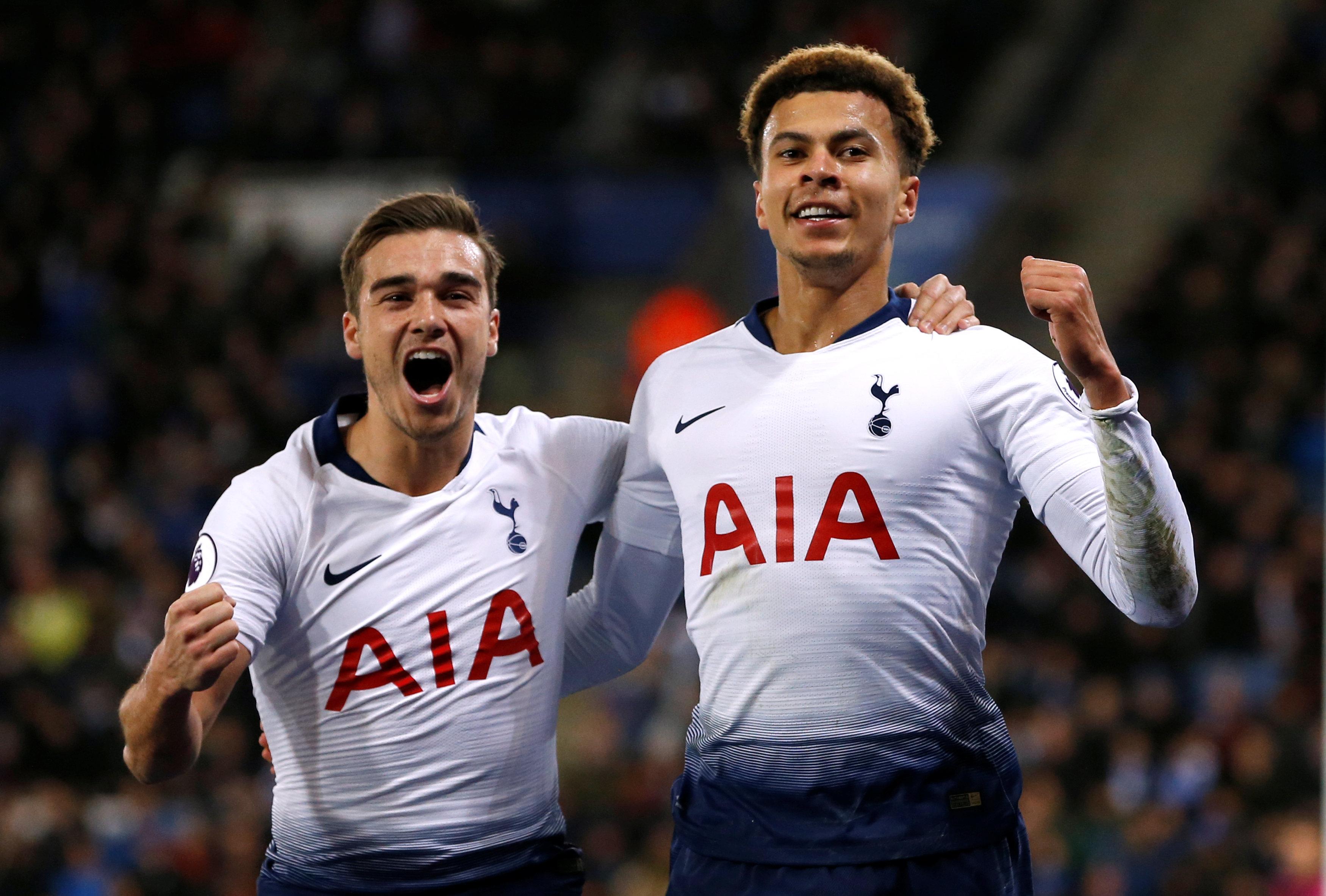 On at least three occasions in the first half the home side burst forward menacingly but their final pass was just too heavy or predictable and Serge Aurier and Vertonghen cut out the danger.

However Vertonghen was almost caught out by Ndidi who had ventured forward after the seventh minute and burst on to a long hopeful clearance over Spurs defence.

Unfortunately for the Foxes midfielder he slashed at his shot which landed well off target.

As both side’s frustration grew there were first half bookings for Eric Dier who went through the back of Kelechi Iheanacho, then Mendy, whoi raked his studs down Sissoko’s Achilles.

Without Vardy the home side struggled to make an impact as Iheanacho again fluffed his lines as the former England striker’s £25million understudy. 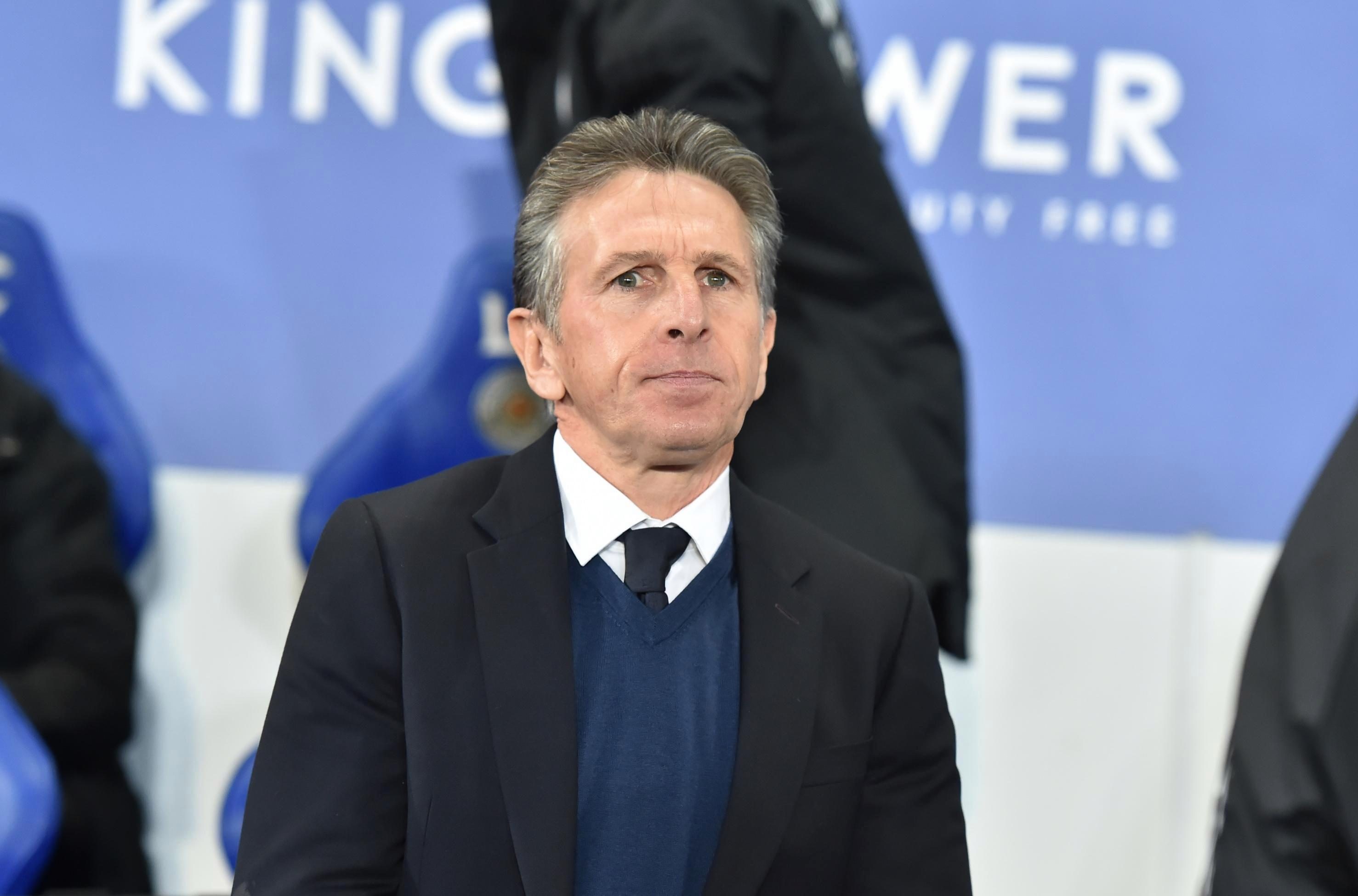 In fact there were ironic cheers when Claude Puel decided to hook the former Manchester City striker who has failed to live up to his hype, just 11 minutes into the second half.

The Frenchman had decided to go for broke with a double substitution, as he sent on Rachid Ghezzal and Marc Albrighton for Iheanacho and Vicente Iborra in a bid to change the game.

But it backfired as it was Spurs who put the game to bed with a killer second goal two minutes later.

Lucas Moura picked out Son wide on the left and this time Spurs’ scorer turned provider with a perfectly flighted cross to the back post where Dele Alli was lurking with intent.

The Spurs midfielder’s diving header was superbly executed and gave Scmeichel absolutely no chances as he buried the ball behind the helpless Dane. 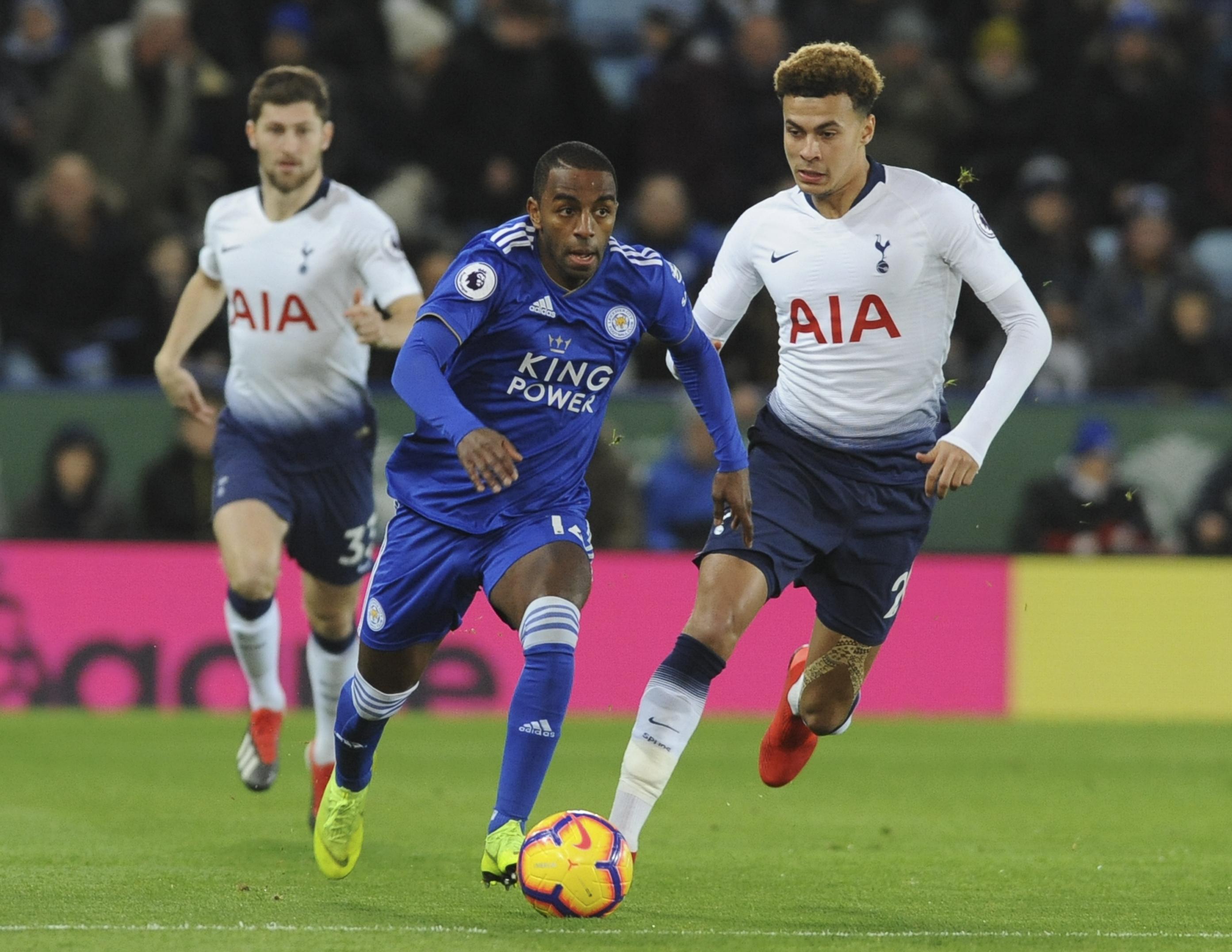 At first Leicester claimed for offside but the officials got it spot on as TV replays showed Wes Morgan’s left heel had marginally played Alli onside.

Leicester were on the ropes and the last thing they needed was to see Christian Eriksen come on for Moura after 67 minutes and then Harry Kane join the party seven minutes later when he replaced Son.

In truth it was little more than a chance for the pair to stretch their legs and spare them the rigours of the customary post-match warm-down.

It will be a whole lot hotter in the Nou Camp cauldron on Tuesday!