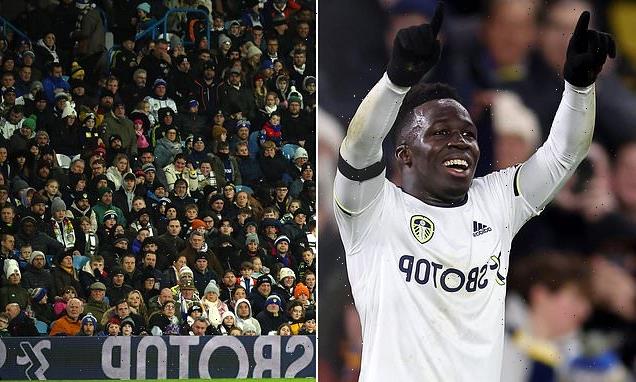 EXCLUSIVE: Leeds United will urge their fans to change the lyrics of their chant for new teenage star Wilfried Gnonto, with current version of La Bamba claiming his ‘c***’s f****** massive’

Leeds will urge fans to change the lyrics of a chant for Wilfried Gnonto after it was criticised for playing on racial stereotypes.

The 19-year-old Italian striker scored his first goal for the club in Wednesday’s 2-2 draw with West Ham, during which he was serenaded by supporters with a song that includes a reference to the size of his penis. 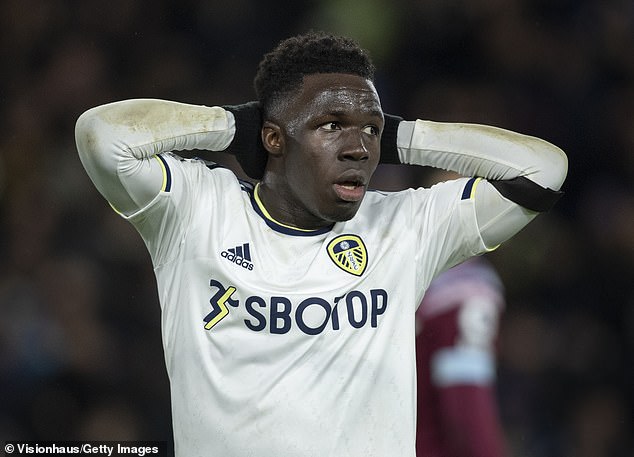 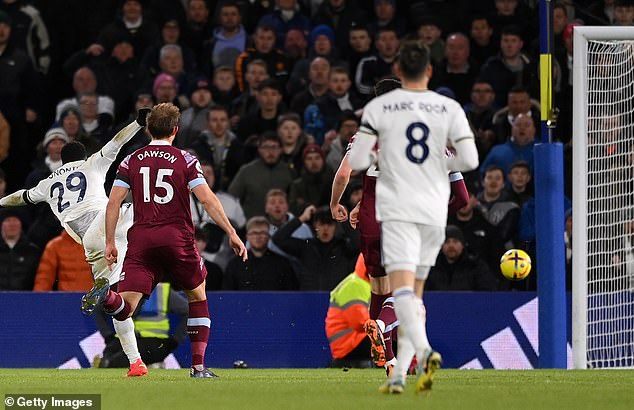 After the chant was first heard on Gnonto’s home debut against Bournemouth in November, the club posted an alternative last line of ‘he plays for United’ on social media and engaged with fan groups to try to persuade them to change the words. However, the original song rang round Elland Road again on Wednesday.

Sportsmail understands Leeds will put the issue at the top of their agenda at next week’s Supporters Advisory Board meeting.

It is the second time this season that there have been complaints about a chant relating to a player’s manhood. Last month, Sunderland’s on-loan Manchester United winger Amad Diallo asked fans to change a song which included the lyrics: ‘He has the biggest d*** in the Championship.’

The Ivory Coast international, 20, said: ‘Sunderland fans, I love your energy. Hearing you sing my name is incredible, but we need to be respectful. Let’s change the song, keep the noise and move forward together.’

In 2017, Romelu Lukaku responded to an ‘offensive and discriminatory’ song by Manchester United fans about the size of his penis. The striker said: ‘Fans have meant well with their songs but let’s move on together.’

Gnonto was signed by Leeds for £3.8million from FC Zurich on the last day of the summer transfer window and made his debut for Jesse Marsch’s side off the bench in their shock win at Liverpool in October. His opener against West Ham made him the youngest scorer for Leeds in the Premier League since James Milner in 2004. 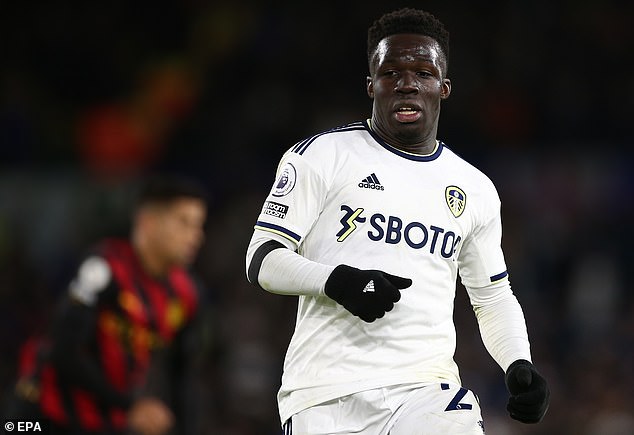 Sung to the tune of 1987 hit La Bamba, the chant references the size of Gnonto’s manhood

Leeds have been contacted by anti-discrimination group Kick It Out about the chant. They said in a statement: ‘While we believe the majority of fans singing this chant are not doing so with racist intent, we would stress that racial stereotypes are harmful and offensive, irrespective of the intention to show support for a player.

‘We urge fans to show support with family-friendly language. We will be working closely with Leeds to ensure action is taken.’

An FA spokesperson added: ‘We strongly condemn any offensive, abusive and discriminatory chants in stadiums and are determined to stamp this behaviour out. It must stop, and we support any club and their fans who try to eradicate this from the terraces.’

The San Francisco 49ers’ takeover of Leeds could face opposition from a middle-eastern buyer, Sportsmail understands.

An agreement is in place for the NFL franchise, which already owns 44 per cent of the club, to take full control next year. That deal is thought to rely on Leeds staying in the Premier League, but was widely viewed as a formality.

However, sources have disclosed that an unnamed third party is now in the ‘early stages’ of making a move for the club. 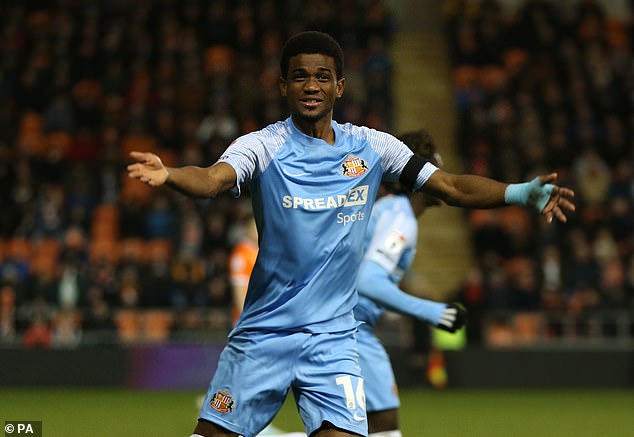