Lee Elder, the first Black man to compete in the Masters, died Sunday. He was 87. 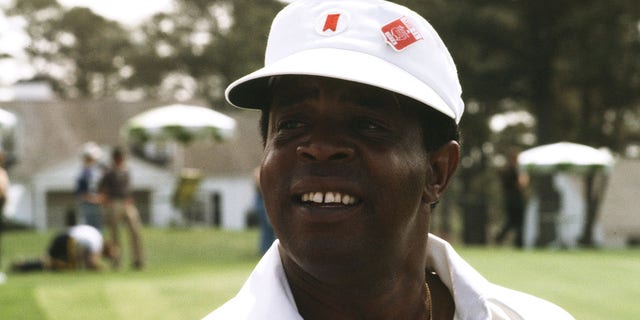 In November 2020, Elder was honored at Augusta National Golf Club with scholarships in his name. Chairman Fred Ridley announced the creation of the Lee Elder Scholarships at Paine College. Elder was also invited to be an honorary starter for the 2021 Masters. Paine College is a historically Black college and university located in Augusta, Georgia, where the golf major is held annually.

Elder became the first Black man to play the Masters in 1975. He was invited after winning the 1974 Monsanto Open but he missed the cut at the major. According to BBC, up until then, African Americans were seen only at Augusta National as caddies or staff members. 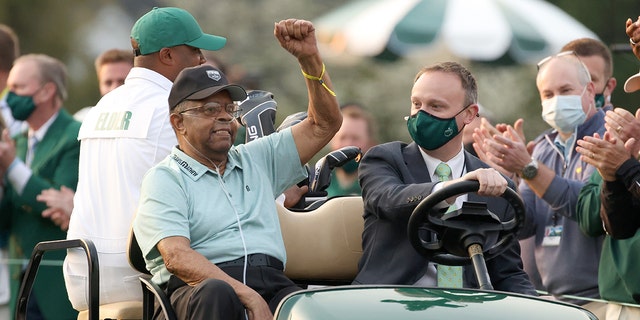 Honorary starter Lee Elder waves as he arrives to the opening ceremony of the Masters at Augusta National Golf Club on April 8, 2021, in Georgia.
(Kevin C. Cox/Getty Images)

Elder told the British broadcaster in 2015 he received intimidating letters and death threats warning him that he would never make it to the first tee box. Nonetheless, he said he received applause when making his rounds on the course.

“Every green I walked up on, the applause was just tremendous. I mean every one of them people shouted, ‘Go Lee! Good luck, Lee!’” he said. 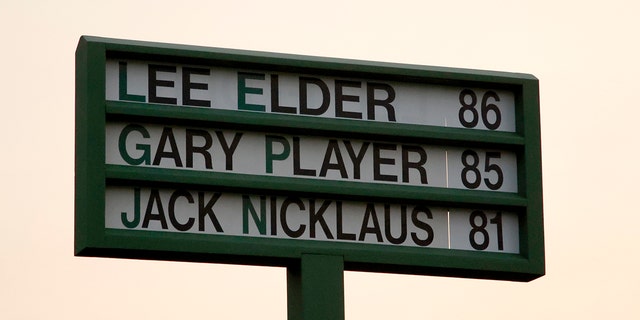 The names of honorary starters are displayed prior to the opening ceremony for the Masters at Augusta National Golf Club on April 8, 2021, in Georgia.
(Jared C. Tilton/Getty Images)

His best finish at the Masters was tied for 17th in 1979. Tiger Woods would become the first African American to win the event in 1997.