James earned a record $92 million over the last 12 months, including $37.4 million in salary from his contract with the Lakers and an additional $55 million from his various business dealings, according to Forbes’ annual calculations. The 34-year-old NBA veteran has a lifetime Nike contract said to be worth $1 billion over its term, as well as endorsement deals with Walmart and Coca-Cola, an ownership stake in 19 Blaze Pizza franchises and his own production firm, SpringHill Entertainment.

The four-time MVP’s business dealings in China became a subject of debate earlier this month after James criticized Houston Rockets general manager Daryl Morey for failing to consider the financial ramifications of a tweet in support of pro-democracy protests in Hong Kong. Chinese sponsors suspended ties with the NBA after the tweet, and the league’s games have yet to return to air on state-owned television. 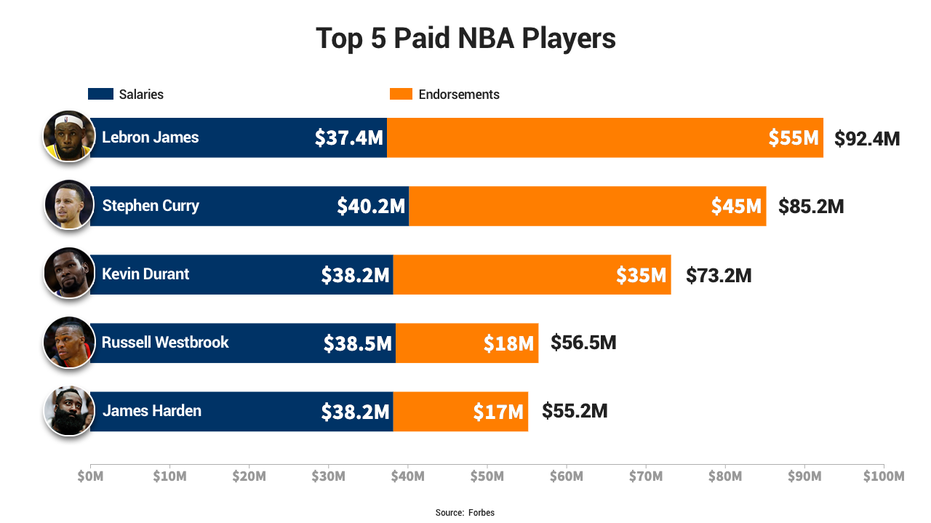 “So many people could have been harmed, not only financially but physically, emotionally, spiritually,” James told reporters earlier this month. “So just be careful what we tweet and we say and what we do even though, yes, we do have freedom of speech. But there can be a lot of negative that comes with that, too.”

Golden State Warriors star Stephen Curry ranked second with $85.2 million in earnings over the last year, including $40.2 million in salary and $45 million in endorsements. His portfolio includes a lucrative endorsement deal with sportswear brand Under Armour, which releases a signature Curry sneaker. 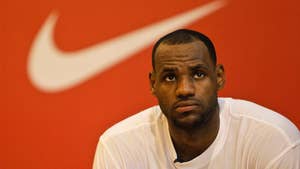 As the NBA’s Chinese sponsors and fans closely watch the league’s ongoing response to Morey’s remark, James has a clear financial incentive to maintain a positive image in the region.

Brooklyn Nets star Kevin Durant ranked third with $73.2 million in total earnings, including $38.2 million in salary and $35 million from endorsements. Durant is slated to miss the entire 2019-20 season while recovering from surgery on a torn Achilles tendon but still earned a max contract from the Nets in free agency during the offseason.

Forbes’ full list of the NBA’s highest-paid players can be viewed here.