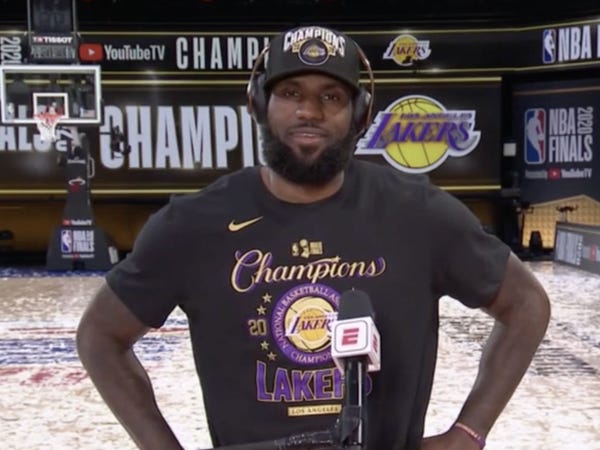 LeBron James is as good as he's ever been, according to LeBron James.

Speaking with ESPN's Scott Van Pelt after winning the fourth NBA championship of his career — his first with the Los Angeles Lakers — James said that the current, 35-year-old version of himself would dominate his younger self if the two were ever to meet on the court.

James' comments came after Van Pelt asked him what differences there were between his game at 27, when he won his first title with the Miami Heat, and his current self.

"35-year-old LeBron would tell 27-year-old LeBron that you don't even know your game," James said. "You haven't even scratched the surface. You have no idea what you are capable of.

There's little reason to doubt James. Through the Finals, James averaged 30 points, 12 rebounds, and 9 assists per game, and was wholly unstoppable when he decided to put his foot on the gas.

While he might not have as much fuel in the tank as he did when he was 27, at 35, James is a much better driver. It's possible the best is still yet to come.