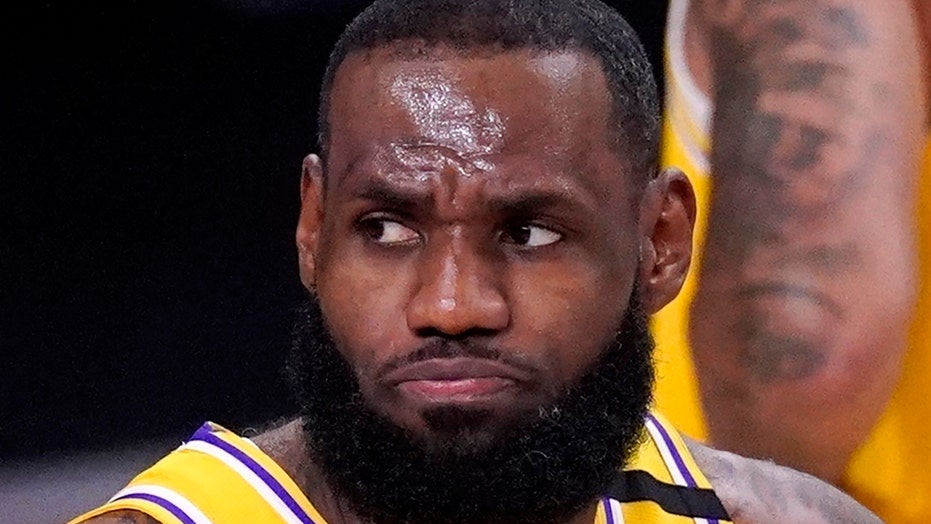 LeBron James and the Los Angeles Lakers were eliminated by the Phoenix Suns in the first round of the NBA playoffs last month. Now, the four-time NBA MVP is spending time at his son’s prep basketball games, where he caused a scene during a game on Saturday.

James decided to interrupt the game during the final minutes to yell at the PA announcer over a comment made about his son, Bronny. The game was being played at LeBron James Arena, which is on the campus of James’ alma mater, St. Vincent-St. Mary’s High School. According to the broadcast, the announcer said Bronny got a foul call because he was playing in the gym with his father’s name on it, and James took offense to it.

James got up from his seat and confronted the announcer, putting a stop to the game, which had under two minutes to go. Police officers and the referees made their way over to where James was standing, and he eventually turned around and went back to his seat.

Bronny and the “Strive for Greatness” prep basketball game ended up losing 73-69 to Wildcat Select in overtime in the “The Battle: Summer Showcase” three-day tournament, which featured some of the best high school basketball players in the Midwest.